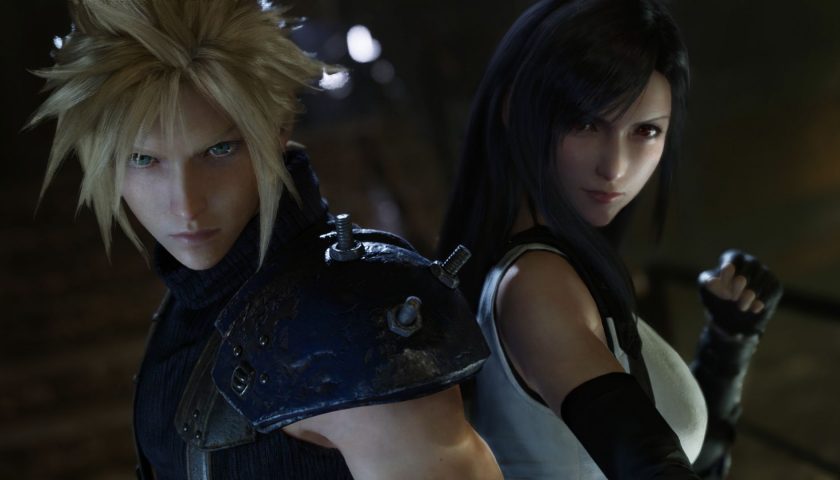 Stephen del Prado: I’ve been extremely sceptical of Square Enix’s plans for this remaster, unsure as to how they could possibly translate FFVII into an action-JRPG that would hold up to scrutiny in 2020. While my doubts remain in regards to the post-Midgar sections of the game, the demo of Final Fantasy VII: Remastered certainly showed the promise of this initial entry.

Taking place during the introduction wherein Cloud and Barret set a charge on the Sector 1 Mako reactor only to be interrupted by the first boss enemy, Guard Scorpion, what was originally a set of two to three pre-rendered backgrounds has been heavily fleshed out into a much larger fully 3D area which gives a much better sense of the scope and scale that Shinra were operating on with these reactors, whilst also allowing me to more fully comprehend just how much work is needed to mould FFVII into something that can stand shoulder to shoulder with the likes of Dragon Quest XI S or Final Fantasy XV – recent entries to the genre that have raised expectations in a number of areas.

The overhauled battle system is an interesting mixture of real-time attacking and menu-based combat, with time slowing whenever I switched between Cloud and Barrett or needed to select abilities, spells and items for either. It’s undoubtedly a much more frenetic pace of play which makes combat feel extremely dynamic, even more so given that battles now take place in the third dimension with flying enemies movie out of melee range, necessitating frequent character switching to take advantage of Barret’s long-range capabilities. I was unable to try out the promised ‘Classic Mode’ which utilises the original turn-based combat system but would urge anyone to give the new system a try before defaulting to the purely menu-based combat.

The boss battle with Guard Scorpion was greatly enhanced in a number of ways, as opening and mid-fight cinematics capture how it felt to play that sequence in 1997 using the technology of current platforms. More phases to the battle and an expansion of abilities and attacks for all parties involved meant that I couldn’t just spam Thunder spells and defend when its tail was raised – these changes are a welcome addition as a way to keep the experience fresh even for those of us who have played Final Fantasy VII many times previously.

While some of the textures were a bit of a mixed bag and there were a smattering of frame rate drops, there’s no doubt in my mind that SE will have many of these issues and more ironed out before launch next March. Perhaps the greatest thing Final Fantasy VII Remastered does is give players of the original a visual and audio experience that matches the one we felt initially, playing on now-ancient PSX technology that at the time seemed incredible. Furthermore, it will hopefully invoke those same feelings for a younger generation of gamers who probably scratch their heads at the idea that a set of squat, poorly proportioned characters upon low-res pre-rendered backgrounds were once the height of gaming wonder.

To the developers currently wrapping up Final Fantasy VII Remastered, I tip my hat – and say good luck in attempting to complete the same monumental task on all post-Midgar content any time soon. The cynic in me wonders if it will happen at all, given Square-Enix are now touting this as a ‘standalone’ title rather than a ‘Part One’.

Paul James: Stephen was sceptical, whereas the enthusiasm couldn’t be stripped from me if you’d tried, and let’s be honest, Square-Enix really did try to sap the enthusiasm from me with the tumultuous development of Final Fantasy VII Remake, but since it’s re-introduction in recent years, and the blowout that has come in the last few months, any slight uneasiness had been rapidly rushing away. E3 was when the excitement hit fever-pitch and we’re not even talking about a remake of the best Final Fantasy game here (that title, of course, belongs to IX). Being able to pick up a controller and play Remake with my own two hands, and gaze upon it with my own two eyes is truly something to behold, and PAX AUS 2019 has given me all I need to know; that Square-Enix is primed to hit this one out of the park.

A remake of Final Fantasy VII carries so much baggage. From the immense popularity of the game itself to the fact that we’d seen teases of a remake more than a decade ago when the Final Fantasy VII PS3 Tech Demo emerged. At that time I could not have possibly imagined the game being anything other than a traditional turn-based RPG, but then, as the franchise has evolved, largely beginning with XII and continuing through XIII and most recently XV, I’ve come to realise that the old way, as much as I love it, can live on, even if it’s obscured somewhat with a fresh coat of paint.

The iconic Bombing Mission was the perfect way to kick off the game initially, and it still holds up now. The Reactor still looks the part even though it has been overhauled in a number of different ways. We don’t see the entire journey in, no Biggs or Wedge here, but we jump in close to the end of the mission and it’s immediately obvious how the change of perspective makes the Reactor feel so much more impressive. By and large, the same beats are hit as they were in the original game, but you can see much more, there are more little surprises to find in different corners and the traversal is slick.

The combat is equally so, from tackling the smaller goons to the Guard Scorpion at demos end, it was a pleasure to delve into the cut and thrust of the combat. Final Fantasy VII Remake is, at face value, an action game now, but that traditional JRPG approach seeps in if you wish to do anything more than simply flash your sword. You can obviously slow things right down if you wish, but it doesn’t take long to quickly learn how to navigate the basic menu to access magic or limit breaks, to toggle character or even use a restorative item. This take on Final Fantasy VII will get newcomers through the door, but will still provide the depth that traditionalists are looking for. Kingdom Hearts is perhaps the most obvious parallel here.

Like Stephen alluded to earlier, there’s a lot to like about this remake, and the bar for the remainder of the game, however, it is ultimately distributed, has now been set incredibly high. I just have to wonder how that development and distribution will take shape, will it be via DLC, will ‘Part 1’ finally be slapped on the box? What will the overworld go on to look like, and given the new perspective of the world players are given, how will that impact our navigation of the world? There are so many things I want to know and learn about this game, so Square-Enix, don’t make us wait another decade for Part 2!