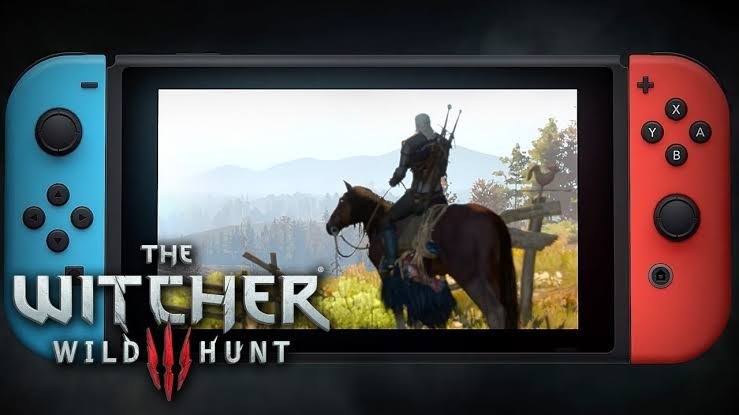 Be Careful What You Witch For

Be Careful What You Switch For

Tucked away in a curtained booth as if some poorly kept secret, hidden behind flashy displays for Pokemon Sword & Shield, Overwatch, Hollow Knight: Silksong, and the rest of Nintendo’s PAX Australia lineup, you can’t help but feel this is one of the few remaining questions left to be asked of CD Projekt Red’s magnum opus here, in 2019, some four years since its initial release.

That’s because The Witcher 3’s imminent arrival on Nintendo’s console-turn-handheld hybrid is a curious thing, as most modern ports and re-releases tend to be. After all, there’s little here that’s left to be judged. The merits of this open-world RPG have already been discussed at length;  “Over 800 Awards” boasts the display behind the demo station.

“It all comes on the cart”, adds a booth attendant, pointing to the game’s two Expansion Packs that are listed underneath, answering the only other remaining question one might have. “No downloads required!”.

Which brings us back to that first and, it seems, final question: does it work?

The answer is vague. Fittingly so, for a series that’s renowned for its morally-grey complexities where clearcut answers are scarce. “It…works?” you might ask, with a hint of trepidation. That scepticism is fair given this is an open-world that’s shaken even Sony and Microsoft’s most powerful consoles to their core, but once the world comes into view, you can’t help but get caught up in the spectacle.

“It works!”, you might exclaim, and how! How, indeed? That’s a question best directed at Saber Interactive, who have – in conjunction with CD Projekt Red – somehow managed to fit every ghastly beast, silver sword, and line of voice-acted dialogue from White Orchard all the way to Novigrad on a single cart. Portable, and on the go.

“Eh, it works” you might offer with a shrug of the shoulders as the weekend – and your hands-on time – draws to a close, and the “How?” of Saber’s deal with the devil becomes clearer. The muddy moral dilemmas of The Witcher have always been rough, but the world itself has never looked quite as rough as it does, here, on the Switch. This once gorgeous open-world is visually jagged, murky and messy, further weighed down by semi-persistent slowdown that exacerbates one of the few criticisms that has haunted The Witcher 3 since release; unruly, meandering-through-molasses movement.

The concessions required to fit CD Projekt Red’s impossible game on Nintendo’s impossibly successful console-turn-handheld hybrid were always going to be harsh, but they still sting once held in the hand. It shouldn’t work. The mere fact that it does is a modern video gaming miracle. But it’s one that lacks much of the magic that makes the Nintendo Switch the preferred place to play…well, almost anything.

The only thing more tragic than a nonexistent Switch port these days – here’s looking at you, Borderlands: The Handsome Collection – it seems, are the ‘almost’, ‘not quite’, and ‘could have been’. They’re surprisingly few and far between given the number of titles that have made the Switch, so to speak, but they do exist; a small scar on an otherwise spotless release schedule. Ark: Survival Evolved is one. Pillars of Eternity and its dungeon full of game-breaking bugs that even the most experienced of studios seems powerless to defeat is another.

As for where The Witcher 3 fits? It depends. For some its mere existence will be enough to hail it a miracle, for others, they’ll be able to push through the murky middle-ground and enjoy the best-in-class RPG that sits beneath the surface, unchecked, unchanged, and unchallenged by almost anything else released this generation. For the rest? And, probably, for yours truly? This might be the final nudge required to return to, finish, or even start Geralt’s once-in-a-lifetime journey. Perhaps just not on the once-in-a-lifetime console it’s somehow, impossibly managing to find its way to release on this week.

And in that way, at the very least, it works.

Jamie’s love of the Souls series is only bettered by his ability to refer to himself in the third person. When not found wasting away the hours on Twitter, you’ll find him vanquishing beasts in Lordran or watching a sunrise on the shores of Chernarus. The Dread Pirate Roberts of videogame journalists.