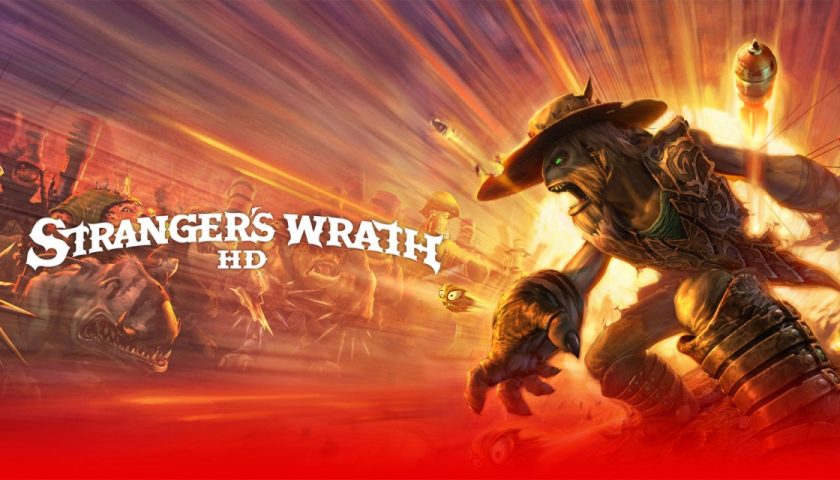 Oddworld: Strangers Wrath HD – Still Odd After All These Years

Some games come into your life briefly, flitting away, forgotten as quickly as they arrived. Some games leave a lasting impression, letting you stew, think and examine them for a year or two after they entered your life. But then there are games that are with you forever. Games that will always be etched into your own personal gaming identity. Games that whenever someone asks you what sort of things you like, they are the first titles to pop into your head. There have been precious few of these titles over the years and they are different for everyone. The games that fit into this category for me are titles like Deus Ex, Half-Life 2, Knights of the Old Republic and Xcom. Titles that changed the way I looked at video games forever.  There is the 5th title from that list, a title that showed me how creative and inventive an adventure could be. How humour, storytelling and world-building are important cornerstones to game design. How being creative with gameplay mechanics and thinking outside the box is an exciting place for a game to be. But most of all this game taught me one thing above everything else, how wonderful it was to be…Odd.

Oddworld: Strangers Wrath is the fourth game in the Oddworld franchise. The first two titles were traditional 2D puzzle platformers in the style of Prince of Persia or Flashback, Both wonderful games with, what was to become, the franchise’s signature style. The third game was a bit of a misstep, trying to move that formula into 3D. Perhaps realising that to capture the charm of the original titles in a 3D world, the developers Oddworld Inhabitants, threw out the book and decided a different approach was required. What they came up with was a stroke of genius, a combination of FPS and 3rd person gameplay that seamlessly melded together. This was, for the purposes of the label on the back of the box, an Action title, but to call it that would be underselling severely.

For those that haven’t played the game, you take control of The Stranger. Part bi-pedal monkey, part Clint Eastwood, the stranger is a bounty hunter in what amounts to Oddworld’s old west. He is saving money for a life-saving operation and to do so, he must capture the bandits and outlaws plaguing the area. To achieve this goal he has a range of acrobatic abilities and his trusty crossbow and this is where things get interesting. When the game requires platforming, speed or agility, the player can switch into 3rd person mode, allowing for all three along with some devastating melee attacks. When precision, stealth and shooting is required switching back to the FPS mode is the way forward. Within the FPS mode players have access to the crossbow, which is technically the game’s only weapon, but what a weapon it is. You see it is loaded with live ammo. What’s live ammo? Well, it is exactly what the name says, live critters that need to be hunted by The Stranger and then can be loaded and used in interesting ways. There are little chipmunk style critters that swear at and abuse baddies, luring them into traps in the process. There are spiders that can wrap up the goons in a neat bundle so they can be bountied easily. There are crazy little gremlin-like beasties that can be placed in doorways and on paths as traps, chewing on anyone that happens to walk past. This is not a game about shooting the baddies, it is a game about using these unique critters to take them down in non-lethal ways.

Why non-lethal? Well, it isn’t because the Stranger has some sort of Batman ideal about never killing, no it is much simpler than that. Money, money is why the Stranger does what he does and goons are worth more alive than dead. Knocked out, captured or dead goons are sucked up using a sort of vacuum device and at the end of the mission, they are handed in at the town’s bounty store. Goons that are still alive are worth significantly more than dead ones, especially the boss of each mission, so it becomes a sort of puzzle how to best approach a situation, keeping casualties at a minimum, while staying alive yourself. It is an ingenious approach to a game of this nature and forces a rethink for players as to how they would usually do things in situations such as this.

Now the game has come to the Nintendo Switch and a whole new group of players have access to its personal brand of insanity there are somethings I should mention. This is an old game, so there are quirks. The camera in the third person mode can be fiddly at times and some of the platforming doesn’t feel as smooth as it once did. That being said this is a great port of the game. It runs smoothly and, despite its age, looks great which I feel can be attributed to the unique art style. The voice acting also deserves special mention, with some truly funny lines being delivered but is undoubtedly a talented voice cast.  I am actually surprised at how well this game has held up because I went in with a deep fear that it wouldn’t be the groundbreaking title I remembered. Thankfully that worry was unfounded. That this game has stood the test of time is undeniable.

Oddworld: Strangers Wrath really is a game that stands on its own, even to this day. The gameplay, setting and style stand apart from any title in my gaming library and even though it first came out during the original Xbox era, still plays wonderfully today. A few little niggles have crept in over the years but don’t let that stop you from enjoying what is one of the most unique, engaging and enjoyable titles I have ever had the pleasure to play. Oddworld: Strangers Wrath proves once and for all that the coolest thing you can be is, well… odd.

Oddworld: Strangers Wrath was reviewed on the Switch, with the game purchased by the Reviewer