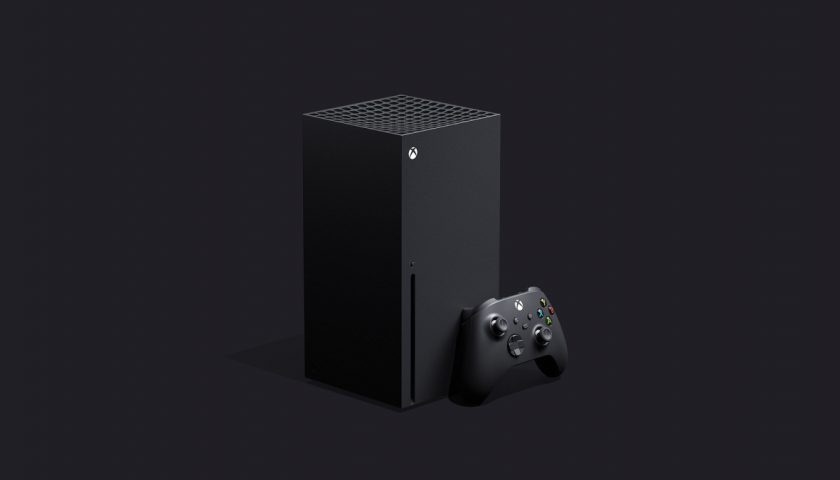 Xbox Series X Gonna Give it to Ya

If you’ve been wondering exactly how the new Xbox Series X gon give it to ya, Microsoft released some juicy details and yes, you better believe it includes teraflops.

Now you might be saying, F*ck waitin’ for you to get it on your own as the Xbox series X is still a ways down the track but according to the recent press release from Microsoft, X gon’ deliver to ya a whopping 12 teraflops of power. Knock knock, open up the door, it’s real-y comparable to current higher-end PC GPU’s which also puts it at twice the current graphics processing power of the current Xbox One X.

Alongside the custom graphics processor, the new console will also feature Variable Rate shading which allows the GPU you to focus on individual areas rather than refreshing everything hitting us wit the non-stop, pop pop and (It could possibly be made of?) stainless steel.

With new graphics we of course also see Hardware-accelerated DirectX Raytracing which can go hard gettin busy wit it in all those reflections and true to world sounds. But I got such a good heart that I also have to tell you about things like the next generation SSD which those of us still plugging on our original Xbox Ones will sorely appreciate for those load times.

This helps to enable the Quick Resume feature which looks like it could essentially be multitasking for games on a console. This means you should be able to pop in to one game, remember something you wanted to finish in another mid-boss battle, then go back being all “I’ll make a motherf*cker wonder if he did it” to get your revenge and finish the job.

Did I mention those teraflops? Damn right and I’ll do it again, those things are fucking huge and it’s a great word to say. Eight times the power of the original Xbox One, who’s announcement launch was also probably the first time I heard the word Teraflops.

The Xbox Series X is also boasting what Microsoft are calling Dynamic Latency Input or DLI. This means that any input lag from controller to console should be minimised giving you the edge in game ’cause I am right so I gots to win. It also means no blaming the controller for when you lose, and instead you’ll just have to break bread wit the enemy in all games of skill. This is all further enhanced by HDMI 2.1 which is said to allow both Auto Low Latency Modes and Variable Refresh Rates, but no matter how many cats I break bread wit I can still blame my internet connection for my terrible gaming ability.

I’ll break who you sendin me with my 120 fps support. This is pretty big news for gamers with a TV or monitor hooked up to support it but may not mean much for those who don’t, and of course the games themselves will have to support it. You motherfucker never wanted nothin but a high refresh rate tv, But your wife said, glitch, and that’s for the light day.

Some of the news I’m most excited for is the continued initiative to support backwards compatibility with four generations of gaming present. I’m gettin down, down to play my old Xbox original, Xbox 360, and Xbox One games on the next generation of console. Make a fella say freeze but those better frame rates and faster load times won’t give you the opportunity. These games should look and perform better than ever and even accessories from the Xbox One are carried over.

As for games you’ve already purchased that might be released again on the Xbox Series X, you might feel a bit ripped off, but won’t be the one endin up on his knees, glitch. Smart Delivery will make sure you can play the best version for the console you’re using it for, so there’s less worry about buying a new game for your Xbox One then having it be obsolete when the Series X comes out.

Please, If the only thing you cats did was came out to play it’s get Game Pass. I’m the biggest shill for Game Pass on the Xbox One because it’s genuinely the best bang for buck you can have in gaming at the moment. Hopefully this carries over onto the Xbox Series X and Microsoft has confirmed that at least the first party titles will continue to be a part of the service. If you haven’t given Game Pass a look then, stay out my way, motherf*cker I’m busy playing a huge library of awesome games for around $10 a month.

So according to Microsoft, first we gonna ROCK, Then we gonna ROLL with a new powerful console including 12 teraflops of power helped along by Variable Rate Shading and Hardware-accelerated DirectX Raytracing. Then we let it POP, DON’T LET IT GO with features like Quick Resume meaning we can keep several games running and Smart Delivery which allows us to make sure we’ve got the best version of that game running on whatever hardware we choose.