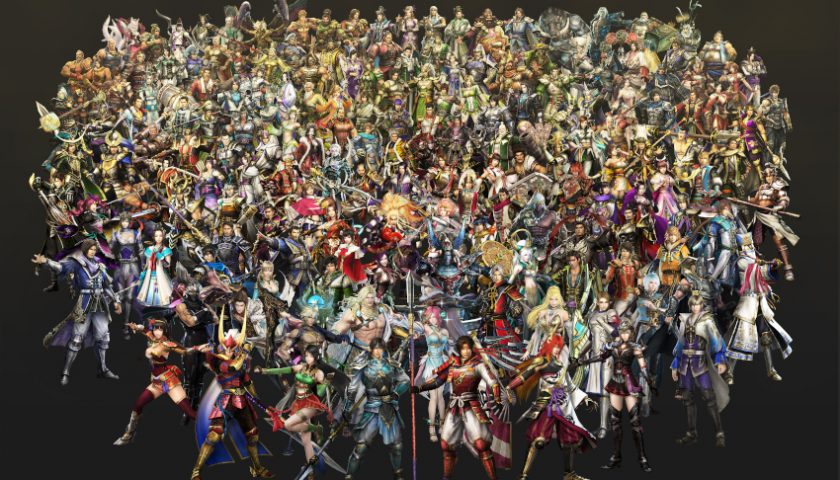 I’m no stranger to Omega Force and Koei Tecmo’s Warriors franchise, having played spin-offs such as Hyrule Warriors and covering Dragon Quest Heroes I and II for Player 2 in the past. That said, in the 20 years since its debut on PlayStation 2 in 2000, I’ve never actually touched a main series Warriors title, instead watching countless Dynasty Warriors, Samurai Warriors and prior Warriors Orochi titles pass me by, convinced that I had well and truly missed the boat on the OG ‘musou’ games. For this reason, I came to review Warriors Orochi Ultimate 4 with only vague expectations as to gameplay and no idea of the complex story web I was about to be immersed in.

While the series as a whole takes extreme liberties with historical figures from both the ‘Three Kingdoms’ era of Chinese History and the Sengoku era of Japanese history, Warriors Orochi 4 Ultimate further expands on these elements with the inclusion of Greek and Norse mythological figures which tie heavily into the main plot and assist in reaching a roster of nearly 180 characters. Whilst Orochi World, a set of summaries of previous titles found in the Gallery Menu of Story Mode tried to get me up to speed on the events of previous games, I would have appreciated more done in this area to assist with onboarding myself and other new players. This, I have to concede is one of the biggest issues the Warriors series is facing at this point; bringing in new blood, especially in the West. It’s easy to sell spin-offs based on other properties like Zelda, Fire Emblem and Persona when the prior investment is slim to none, whilst Warriors Orochi 4 Ultimate feels much friendlier to anybody coming in with a sound knowledge of the franchise.  That’s not to say I haven’t enjoyed the story – it’s fairly schlocky and very bombastic, mostly told through text and a handful of in-engine cutscenes spread across several chapters, two of which are exclusive to the Ultimate version of the Warriors Orochi 4.

It might be the fact that I’ve just had a second child and am running on very little sleep at the moment (and with even less mental faculty than usual) but I have to say I found the moment-to-moment gameplay of Warriors Orochi 4 Ultimate immensely satisfying. What really made it click for me was testing out a number of characters until I settled on three that had movesets I enjoyed and also complemented one another.  Of course, this meant that characters I went on to unlock later in the Story Mode didn’t receive as much of a look-in as they might have deserved, especially as my party far outpaced them in terms of experience levels, but for anybody keen on testing out the entire roster it’s simple enough to boost newer characters to a high-level using Growth Points which are gained through battle and applied in the Upgrade menu system. Of course, it’s possible to pump Growth Points into a select few characters and have them far outpace the recommended levels for Story Mode, but where’s the fun in that? Between upgrading characters, weapons and adjusting your party members – wherein certain combinations of characters will bestow further bonuses in battle – quite a bit of time can be spent in menus which have received an overhaul in this Ultimate version streamlining this process and getting players back into the action much quicker. Despite some character pop-in and a few minor framerate hiccups, Warriors Orochi 4 Ultimate performs well and make annihilating hordes of enemies a joy, seamlessly switching between party members to chain complementary attacks and ensure once enemies were thrown into the air, they weren’t coming back down alive.

Outside of Story Mode, there are a plethora of things to keep new and returning players busy; Challenge Mode provides unique scenarios to conquer, with Story Mode progress and levels carrying over, while Battle Arena is the online portion of Warriors Orochi 4 Ultimate and maintains separate progress. The biggest addition to this Ultimate edition, however, comes in the form of Infinity Mode, living up to its title as players conquer randomly generated levels across 14 towers, each with increasing difficulty and challenge. To keep you on your toes, characters unlocked in the Story Mode don’t carry over so I was unable to rely on my faithful team and instead had to adjust my playstyle accordingly. Out of every addition made to Warriors Orochi Ultimate 4, Infinity Mode will give returning players the most bang for their buck, especially given it will force many of them (much like myself) out of their character comfort zone.

There is quite frankly an overwhelming amount of content in Warriors Orochi 4 Ultimate – while those upgrading from the base game may find it difficult to justify the cost outside of Infinity Mode, there’s no question that anybody tossing up between the base Orochi 4 and Ultimate at this point should absolutely go with the latter – the list of quality and content improvements can’t be ignored. With a good 5 or so months to go before my newborn settles into regular sleep patterns, I foresee many a late-night spent hammering out my sleep-deprived frustrations on hordes of enemy soldiers.

Warriors Orochi 4 Ultimate was reviewed on a PlayStation 4 Pro with code kindly supplied by the publisher.