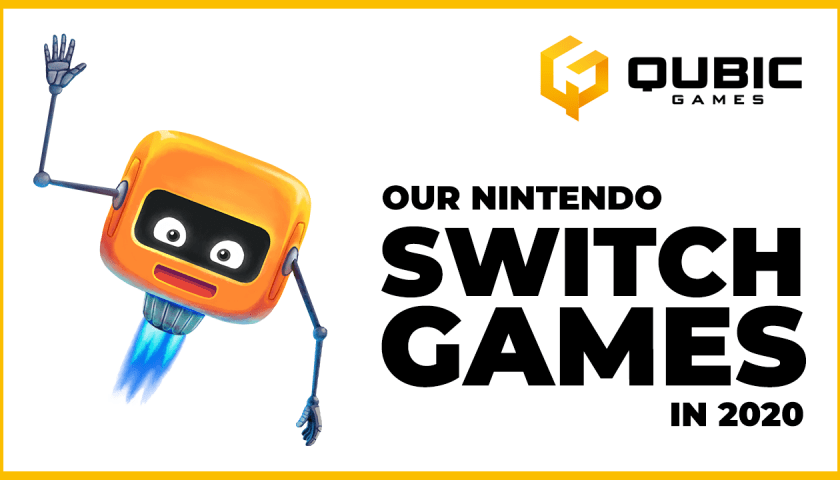 In this almost 7 minute video presentation, Polish publisher QubicGames have revealed five new Switch titles they will be launching in the near future across a range of genres. The video starts off with Dex, “a cyberpunk infused 2D action-RPG” that has certainly grabbed my attention with its stylish visuals and array of integrated gameplay systems.

Up next is Door Kickers, a 2D top-down strategy game that looks like a much more methodical take on Hotline Miami as players control a SWAT team, managing sight lines and multiple classes across six campaigns and over 100 missions. Careful planning trumps twitch reactions in a game that looks perfectly suited to the Switch form factor.

Keeping up the top-down 2D goodness, Good Night, Knight mixes both procedurally generated dungeons and hand-designed puzzles in a dungeon-crawling ARPG with a hefty dose of stealth that visually calls to mind Moonlighter. This refined 16-bit aesthetic has proved to be popular in the past on the Switch and Good Night, Knight is sure to find a willing audience.

A penultimate challenger enters the ring as Real Boxing 2 makes its Nintendo Switch debut. The first entry from the series to grace the platform, Real Boxing 2 allows players to take their custom fighter to the highest echelons of the pro boxing world while promising high levels of detail thanks to a combination of motion-capture technologies with the power of the Unreal Engine.

The final reveal, sure to please fans of classic God of War entries, is Godfire: Rise of Prometheus – a third-person hack and slash brawler that looks set to once again combine grand boss battles with Greek mythology to great effect. Setting it apart is the slightly futuristic element found in enemy and armour designs which is an interesting twist

Furthermore, Qubic’s already available Tharsis and Hyperparasite are currently discounted on the eShop and form part of the gamesvcovid initiative. This is a program publishers can become involved in whereby 20% of all revenue they make between April and June this year will be donated to medical and research services working to solve the COVID-19 pandemic crisis that has swept the world.