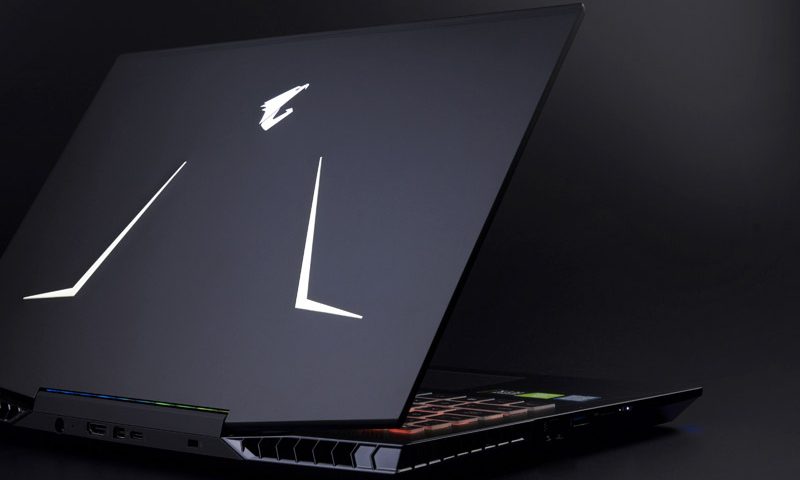 Not being a big PC gamer, it was quite a thrill to see a top tier gaming laptop land on my desk to cover. Even as a non-PC centric player, I knew I had something imposing on my hands with this Gigabyte Aorus 15 specimen, and much experimentation, exploration and fun was soon to be had. There is a lot of noise being made about this latest entry, and justifiably so as I soon discovered, but it’s also the noise that might serve as a deterrent to some.

On paper, the model I received, the Aorus 15-XA, is a really impressive unit and even has a slight edge over others from its own series, the SA and the WA, but I had no concept of how that might translate to the playing experience. That all changed when it arrived at my doorstep and I raided the likes of Xbox Game Pass and Steam for all the juiciest titles they have to offer, but before we dissect the time spent with games, it’s time to look at the specs

In almost every respect, especially in the realm of laptops, the AORUS 15 is a powerhouse, romping ahead of much of the competition (and even others in its own series, the XA) but while numbers alone are certainly the big-ticket item, there’s more to a piece of hardware than impressive specs, and this is where the AORUS 15 loses some of its lustre. From a purely aesthetic standpoint, the AORUS 15 is a little bland and simplistic, which some may of course prefer, but for others who may be wishing to pick this up in a heated market that contains some truly striking pieces of hardware, the single tones, and lack of flair may serve as a detractor to some. The other aspect, that will undoubtedly be a deal-breaker for some is the fan noise. The AORUS 15 runs at a wonderful temperature but that’s offset by fans that make the complaints of PS4 owners and the noise their console makes seem laughable in comparison, even when the fan is set to the lowest speed. The fans fired even when I ran the Xbox store, not a game, just the store. As I downloaded the likes of Gears 5 and Forza to benchmark and test the laptop, I was astounded by the amount of heavy fan noise that it was emitting. It would then hit fever pitch while running some games and became very distracting even with my best noise-cancelling headphones on. These issues only persist while playing on charge, when detached the fan output reduces but then you’re of course contending with battery life constraints

As far as the game playing experience is concerned, the AORUS 15 was put through its tracks with a range of different titles of the AAA variety that have been released in the last 12-18 months. Tires were spun with Forza Horizon 4, Grubs were obliterated from a third-person perspective in Gears 5, and from a top-down tactical view with the brand new Gears Tactics release. Also going for a spin included Red Dead Redemption 2, Ori and the Will of the Wisps, Darksiders Genesis and XCOM: Chimera Squad. Across the board (with the less cinematic games faring slightly better) each game ran with flying colours, following some caps to the framerate being applied (typically to 60FPS, but in many cases, no such cap was required). As you might expect, and a typical constraint of playing on a laptop as opposed to a desktop, these games, some needed to be scaled down from Ultra to High in terms of their various visual customisations, but it guaranteed a solid frame rate and still looked unbelievably sharp.

Others may be looking to utilise the AORUS 15 for production purposes, and with the machine being quite the powerful specimen, it handled tasks of video editing and conversion just as easily, and in roughly the same time-frame, as my desktop machine, which, whilst not a state of the art powerhouse, still tends to make pretty short work of video editing; the AORUS kept up with it admirably. Battery life is a major concern, however; when putting the system, through its paces in either a gaming or video editing context, the battery life plummets to approximately an hour before it’s in need of recharging

At $2000+ (depending on your model), this is no small investment for anyone, gamer or not, but looks and noisy fan aside, when you focus on the nuts and bolts and what this system can do, you’ve got a machine that might very well just monster some of the bigger (and far more expensive) names, run the biggest titles with ease and provide a comfortable experience whilst doing so.