We’ve had the Mafia II and III definitive editions on our hot little consoles for a couple of weeks now, but the real question mark hangs around the original Mafia remake. Well, 2K has released a trailer, which doesn’t show very much, but it does show enough to look very much like modern graphics and high res/def everything!

The media release focuses on how this remake is going to retell the story of the first game, following protagonist Thomas Angelo. It promises a rebuilt-from-the-ground-up remake of the first game, including updated script and new dialogue, expanded backstories (read: side missions) and extra cutscenes.

It also suggests the game has been made in the same engine as Mafia III, citing, “the same stellar game engine that powered Mafia III’s best-in-class cinematics”. I’m not quite sure what that sentence even means, but we’ll find out come August 28th, which is when Mafia: Definitive Edition is launching.

Check out the trailer and start tawkin loik a wise guy in anticipation! 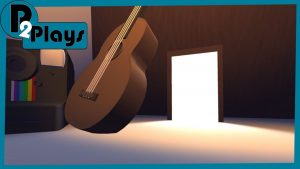