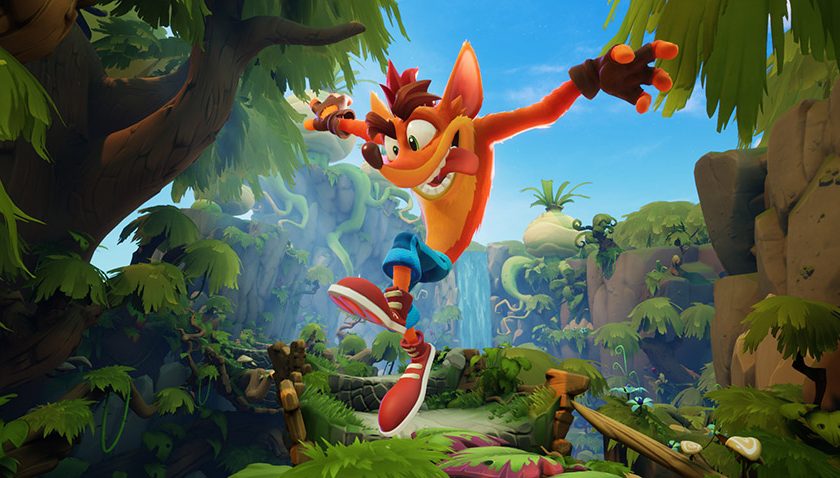 The spinning marsupial is back in Crash Bandicoot 4: It’s About Time

In his first original game in over 10 years, Crash Bandicoot is returning following the success of the N. Sane Trilogy remake, with It’s About Time.

It’s About Time’s reveal trailer makes a sly reference to the fact it returns to the end of Crash Bandicoot: Warped, the third of the original series, seemingly ignoring the handful of other Crash games since and my fondness for Crash Twinsanity.

As a direct sequel to Warped, It’s About Time sees villain Dr. Neo Cortex and his regular crew of cronies return, this time messing with the fabric of space and time, which Crash and Coco will be able to use to their advantage. This comes in the form of Quantum Masks, empowering the wearer to distort time or run along walls and ceilings to dodge obstacles.

Interestingly, despite their success with the N. Sane Trilogy, developers Vicarious Visions are not working on It’s About Time, likely too busy working on the remakes of Tony Hawk’s Pro Skater 1 + 2. Instead, It’s About Time is in the capable hands of Toys For Bob, who oversaw the excellent Spyro Reignited Trilogy.

Crash Bandicoot 4: It’s About Time is coming to PS4 and Xbox One on 2 October, with no mention of Nintendo Switch, PS5 or Xbox Series X release yet planned.

Hopefully It’s About Time does comes to Switch soon after PS4 and Xbox One to save the entire games industry from making countless dreadful “It’s about time” jokes if a 2021 release is on the cards.