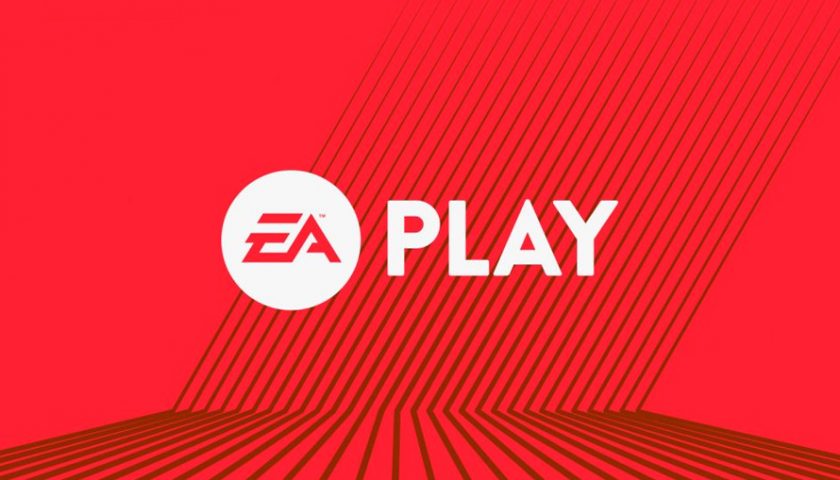 It was EA’s turn to put their future case forward this morning and while it was probably a little lacklustre overall, there were certainly some exciting titles on show. Paul and Matt have gotten together once again to break down everything new on show.

Matt: Josef Fares looks to be as mental as always and at the same time push his own brand of co-op storytelling upon the world. It Takes Two is a much more whimsical game than A Way Out but it looks to be just as fascinating. If his team at Hazelight can nail the story this could be another fantastic new and unique title from a man who is quickly becoming a bit of a cult hero.

Paul: I love Josef Fares *hey mate, if you want to come on Dev Diary at some point my door is open!*, but behind the cocky exterior is a man who understands how games tick. With his previous two titles, Brothers and A Way Out, his team has done an incredible job of exploring couch co-op player interactions, so when It Takes Two popped up, it immediately had my attention. This one has shot up my most anticipated list despite not seeing that much about it.

M: I love the look of this game. It is giving me a real Alice: Madness Returns vibe, a game which I think has some of the best art direction and style gaming has ever seen. A 3rd person adventure with chance being a big player in proceedings looks to be something unique too. I think this one could be a bit of a hit honestly and I will be watching closely.

P: The art style of Zoink titles has always intrigued me, with Fe looking very different to Flipping Death and Stick it to the Man, and now Lost in Random. The clay look of the world, paired with Tim Burton inspired character models looks fantastic. Beyond that, it’s hard to know much more of the game beyond this. As you mentioned, Matt, a 3rd Person character adventure game, but that’s about all we know at this stage.

M: So this one seems to be something of a mix of Overwatch and Bleeding Edge. Somewhere in between with both melee and distance shooting, along with agile movement being the order of the day. The question with this sort of title will always be how will it capture an audience at launch. I am interested to be sure, but it will need to stand out from an increasingly overcrowded genre to stick the landing.

P: I’m not a big competitive multiplayer guy, but Rocket Arena, the stylish, 3v3 third person shooter from Final Strike Games is tempting me greatly. I’m a big fan of what I saw, but sticking value is the big question bubbling around in my head; what will they do to ensure it doesn’t grow stale, quickly? Let’s hope they have all the answers.

M: It looks like my dreams are coming true. I wanted Squadrons to be more akin to the classic Xwing/Tie Fighter games from the 90s’ and that seems to be the direction that EA are heading. Managing power systems, tight dogfighting and ship customisation all have me excited. My biggest worry now is that the campaign is a meaningful chunk of Star Wars fun and not just some sort of training mode for the multiplayer action. This is a day one purchase for me, I am just praying that EA can nail that classic Star Wars dogfighting feel.

P: There’s a level of depth here that I wasn’t quite expecting. Given the very short (and quite well documented) turnaround on this game, I expected Motive to have kept the flight systems on the basic sid, but with all the things that you outlined a moment ago, it’s abundantly clear that Squadrons is going to give players a lot of control, and have a depth to those systems that will help separate the rookie and veteran pilots in the battlefield. Very keen to explore that Single Player, hopefully, it delivers more than Battlefront II did.

M: This was odd, there was only footage of FIFA and Madden, no mention of NHL, NBA or UFC. Have EA decided to solely focus on two sports titles and to forget the rest? Are they ever planning on doing something new and exciting in this area? Who knows, but as a guy who quite enjoys his sports games, I can’t help but feel a little worried about the direction EA is heading here.

P: EA has narrowed their sporting focus during their conferences of recent years, opting to focus largely on the big two, FIFA and Madden. It’s a shame though, NHL is doing quite well within its smaller market, and NBA/UFC could use every moment in the sun they can get. This segment is always a necessary evil, just like The Sims, but while I don’t want the segment to be too long, I also don’t want to see some sports relegated to the background. More work on this balancing act is required from EA.

M: It happened. The internet finally made enough noise for EA to realise that the market is there and waiting. It is clear this is a recent approval from the EA big wigs though because they couldn’t even scrape together any demo footage, so we won’t see this till 2022 at the earliest but boy it is nice to be excited about it. 2020, the year of the Skater!

P: Typical EA, announce the thing people have been demanding, but then show them a bunch of talking heads. It’s great that Skate 4 (or whatever it’s ultimately titled) is on the way, but you need to give people a little more to go on. Watch 2021 roll around, and just like what we’re currently seeing with the new Dragon Age game, the year will pass, and we’ll see/hear nothing more of the game because they’ve announced it too early.

M: Look it is hard not to feel a little let down by this show. There was just too much time spent on old titles like Apex and Sims and not enough announcements of new titles. But there is the ray of light that a lot of people are looking for. With a clear move to Steam, a massive focus on crossplay, a focus on bringing games to the Switch and the announcement of Skate 4, it seems that EA is FINALLY listening to consumers as to what they want to see. So hopefully that bodes well for things like Mass Effect remasters, A new KoToR and a stronger focus on games/less focus on dollar signs. That change will take a while to happen though, if it does, but I do feel a little bit better about EA’s future than when the show started, so it wasn’t a waste of time.

P: The issue with this conference is what we’ve not discussed to this point. Too much of Apex, too much of The Sims, and not enough from the big hitters. EA pulled the trigger on Dragon Age 4 how long ago now? And we’ve still seen nothing since. Devs and Publishers tease all the time, but EA hasn’t seemed to learn that they’re announcing far too soon. We saw it with Mass Effect: Andromeda, the same with Anthem and most recently Dragon Age; they’re now doing the same with Skate. It’s better to say nothing sometimes, and EA needs to learn this lesson. Swirling rumours of Mass Effect and KOTOR are great, but these are the sorts of things (if they’re true) you can pull the trigger on now, and give the likes of DA4, Skate 4, Battlefield NEXT etc, more time to gestate