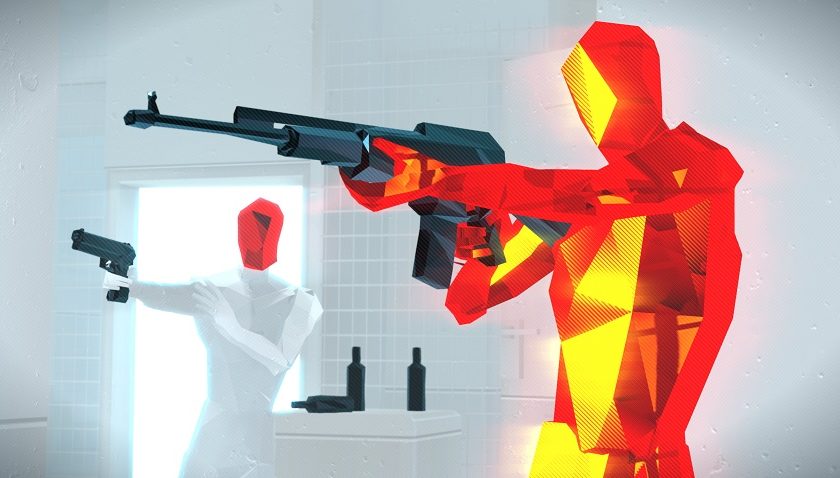 Are you a fan of Superhot, that smash-hit first-person shooter from early 2016 where time only moved when you did and it received a whole smattering of awards for its innovation and design?

Are you a fan of that hilarious behaviour that developers like Atlus undertake, to essentially re-release the same game but it is a different game with a whole smattering of new good content?

Then I can tell you that Superhot: Mind Control Delete is not only available for your hot little hands on July 16, but if you already bought the original Superhot, you’re going to get this delightful new content for free.

Mind Control Delete has been in early access for a couple of years now, originally planned as an expansion to Superhot but then blew out to its own stand-alone game. It still employs the loved premise – the game progresses when you move or shoot or throw something or punch someone in the face. This version is less linear than the original, seeking to provide additional mechanics and a more refined experience to player while considering more expansive environments. It is still sitting at around that 15-hour mark.

To be exceptionally cheeky, the original Superhot is sitting on Steam for about $15, so well worth the price to not only get the original inception but also this follow-up in the bargain. As long as you have bought the original game before 16 July, you’ll get a free copy of Mind Control Delete.

Mind Control Delete will be available on Epic Games Store, GOG, Steam, Origin, PlayStation 4 and Xbox One. No advice on a Switch version as yet, so check out Superhot Team’s FAQ to find out how you might be able to get a free copy of Mind Control Delete if you bought Superhot on Switch.