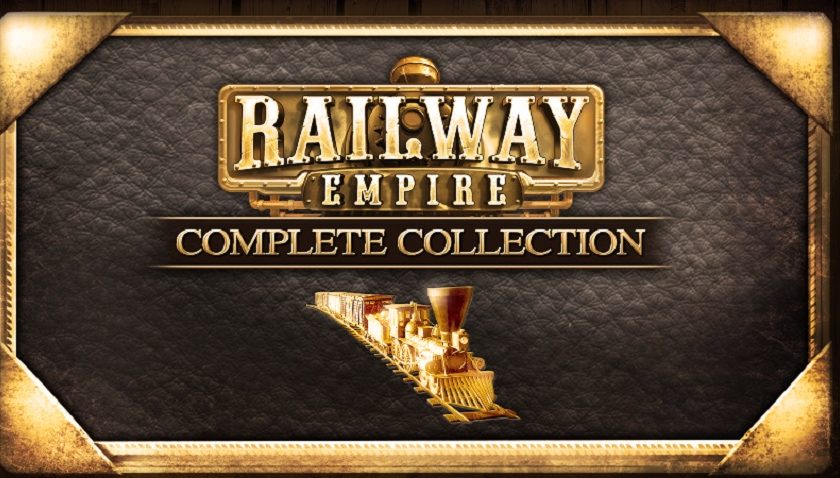 Railway Empire: Complete Collection – All Aboard The Management Train

Railway Empire, from Gaming Minds Studios, puts you in control of building a vast railway network.  The catch, you are building this network at the dawn of railway travel in the United States of America, fighting for passengers and goods to fund your expansion.   Furthering your reach will grow the cities on your network, allowing more trade to flow over your train lines and put more money into your pockets.  It sounds easy, but once you start to get into the game you are confronted with multiple mechanics, resulting in a big juggling act to try and keep up, sometimes overwhelming the player with all of the information that is thrown at you.

While Railway Empire has been out on both PC and consoles for a while, the Complete Collection was recently released, including all of the DLC released so far, adding more challenges and scenarios for players to undertake throughout the world, taking the game out of the U.S. and putting you in charge of building railways in England, France, Germany and even Australia.  However, it is my strong recommendation that you make sure to have played through the campaign scenarios before you attempt to take them on, otherwise, you will find yourself well and truly out of your depth, with a good chance of your game going off the rails.

There is a lot of knowledge you need to take in to be successful in building your fledgeling rail empire, let alone mastering the game.  There are many different systems built into this game that you need to manage to be successful.  Like setting signals for your trains so they know which way to travel on a given piece of track.  It sounds so simple.  The tutorial makes it look so simple.  It is not.  I hate signals.  No matter what I did, or how many places I put areas of track for trains to go past one another, I would always end up with trains sitting there, each one waiting for the other to move.  It didn’t matter that I had a second track and in theory had the signals configured to allow the two trains to pass each other.  It was enough to drive me loco.  Thankfully, a small tweak of the starting settings and the trains were passing through each other on the tracks.

As I mentioned before I went off the rails about signals, there is a lot of information that you need to take in to effectively build your rail empire.  Unfortunately, despite the game bombarding you with more information than you can humanly process at the time, it leaves out some important tidbits that will save you a lot of frustration.  The biggest and most glaring one is the need for manual designation of loads on a trail line.  Building the tracks between cities isn’t all you do, with your cities demanding certain goods that are provided by rural businesses.  To get these goods into your city faster to help it grow, you can create stations and rail lines directly from these businesses.  Most of the time you will be building small rural stations, however, if two businesses are close enough to each other then one bigger train station will be able to cover them both, giving you faster loading times for the goods and more platforms, allowing for more trains loading and unloading concurrently.

That all sounds great, especially when the items the businesses produce are needed by different cities to grow, however, what the game doesn’t tell you is that if you set every trains load to automatic you will find yourself watching train after train leaving the station with only the goods from one business if it is something that is needed by the destination city, rendering the use of one station to cover booth businesses moot.  Fortunately, you can make use of a manual method of assigning the loads to ensure that the second train will always take products from the second business, allowing you to make the most of the more expensive station.  The problem is that the game does not tell you this itself, and it was only after I started looking for solutions on the web that I stumbled upon a player’s homemade guide.  There are other things the game doesn’t explain very well, like how far apart supply stations should be, but the need for and how to designate manual loads was the biggest impediment to progress I had.

Despite the technical aspects of the game, and the need to keep your train of thought on every little detail of your fledgling empire, there is fun to be had.  While I am not a major fan of management sim games I enjoyed the time I spent with Railway Empire.  Yes, there is a lot of info to take in but once you get the hang of the basics it is an engaging experience in trying to build as far and as fast as possible while keeping your cities supplied.  Even now I am realising new strategies that can be used to help grow my own empire.

One thing I do want to make a point of, however, is the whitewashing of the animated cutscenes that are used to tell the story.  Despite the workforce on these rail lines consisting of thousands of Chinese immigrants, there is no sign of them in the game.  Historically the majority of the physical labour was undertaken by the unskilled immigrant workforce while being supervised by skilled white supervisors.  I know that in the end, it would not have made any difference to the game and how it plays, which is why I don’t understand the train of thought that led to making everyone in the cutscenes white.

Despite this, overall I enjoyed my time with Railway Empire.  It challenged my management skills and my understanding of economics and the movement of goods, which to be fair was basically nothing, and for once I was able to succeed at a management sim without having to resort to cheats to dig myself out of a financial hole.  Do I understand the whole game?  Not a chance in hell, but I can use what I do know to have an enjoyable time playing.  Some people will love the amount of information that is needed to master the game, but you can still have fun without knowing everything.  Just be prepared to go searching the web for extra info that the developers should have included in the game.