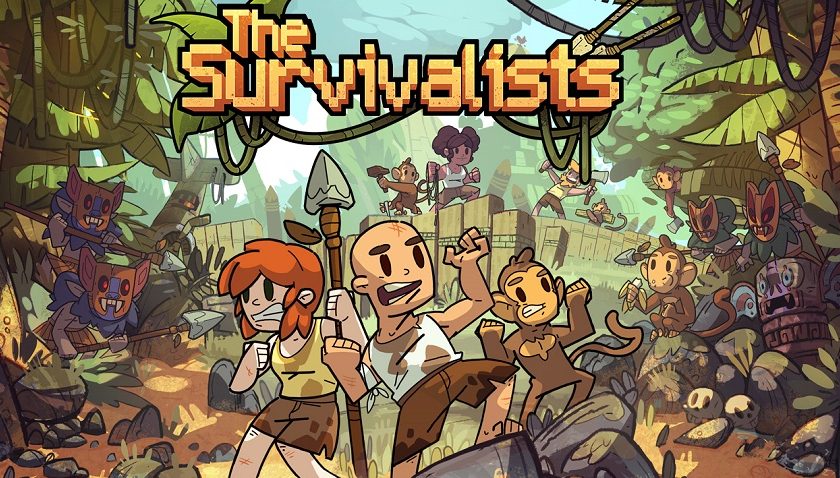 After nearly a year since the news of their spin-off game was announced, Team17 have dropped a trailer and demos for their new survivalist game, obviously titled The Survivalists.

Coming to PS4, Xbox One, Nintendo Switch and PC on October 9th 2020, The Survivalists is the new chapter in the universe of The Escapists. This game will see players transported off to a procedurally-generated deserted island to fend for themselves in a menagerie of survival and crafting tasks. The tasks are provided to you either by a “mysterious stranger” or washed up on the shore.

The game offers multiplayer local and online co-op with up to three friends, and for some reason, you get to train monkeys because why not? The monkeys actually play a big part in the game – they can assist you to protect your group or continue your mundane resource-gather tasks. They’re like SCVs, except dextrious.

Team17 are also working towards an Apple Arcade release of the game in the future, but the release on the suite of current-gen consoles and PC is definitely more than enough!

Those who are not keen on waiting can get a taste of the demo on Nintendo Switch or Steam now, and preorders also provide a gamut of cosmetic extras to enjoy solo or with your friends.

More information and hype is in the trailer below!