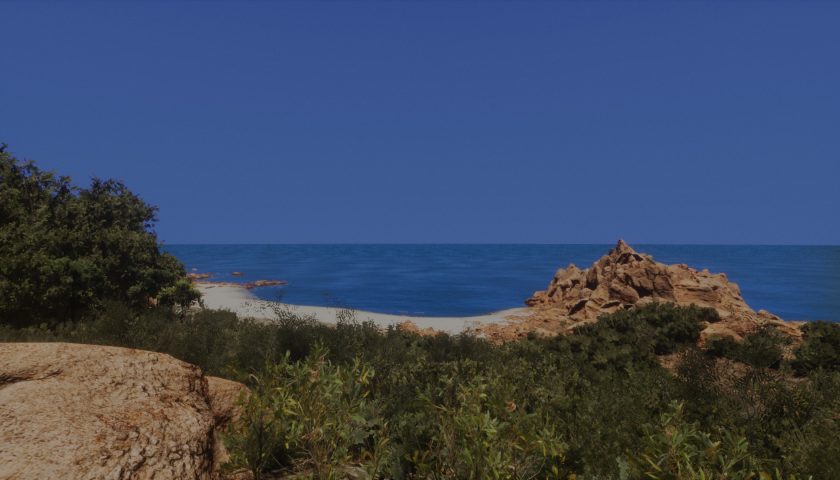 Even for those of us that don’t travel all that much, the border closures accompanying the hellscape that is 2020 have felt isolating. Doubly so if you live in Victoria Australia, where the last few months have left us cut off from places and people we yearn to be spending time in and with. So when I stumbled upon caves rd’s works, I felt like I got a chance to live a little slice of comfort and normalcy, as I was transported to incredibly realistic renditions of beautiful real-world locations. Even if just for a little while.

Matt, the man behind the creations of caves rd, has always been into documenting picturesque environments. Moving initially from photography to screenshots of PC games, the natural progression then moved from documentation on to creation.

Matt first spent time making nature scenes and art assets with the Unreal Marketplace, before shifting to recreation projects, such as the recently released (and heavily screenshotted by yours truly) Castle Rock Beach, West Australia.

In a stunning reconstruction of the vacation destination, Castle Rock Beach, West Australia opens up with you waiting on a path just short of the beach, but a few steps and one short turn away, with Castle Rock beckoning to you in the middle distance. From here, you can choose to take a closer look at the rock itself – or, if you are so inclined, turn around and head off in an entirely different direction.

You can wander to a fittingly chill pre-loaded Spotify playlist, queue up your own tracks, or simply enjoy nature’s sounds undisturbed. Present somewhere in the space is a camera and a photo board, providing some guidance to your experience – some specific shots to re-shoot, and the capability to do so. This isn’t strictly necessary to enjoy the space, but gives you a small goal should you desire it – and a neat reward should you do so.

All of Matt’s other work follows the same basic structure, but set in different locations. You can walk the renowned Japanese shrine of Fushimi Inari Taisha; wander amongst the moss capped rocks of Mýrdalssandur, Iceland; Explore the lush forested landscapes of Wakamarina Valley, New Zealand.

All of these experiences, except for Wakamarina Valley, New Zealand, are totally free on both Steam and itch.io. If you purchased itch’s Bundle for Racial Justice and Equality earlier in the year, you already own Wakamarina Valley – otherwise, it’s only $5, a more than reasonable asking price.

Each of these experiences, excluding Iceland, are based on reference photos Matt has taken himself in his travels. The photogrammetry used for rendering the scenes themselves are built off of “quixel megascans”, an Unreal Engine tool for creating surfaces based on highly detailed scans.

Despite their incredible detail, these experiences are, however, designed with a player in mind. While they do a fantastic job at establishing a presence in a real physical space, each game is designed to keep you engaged.

Matt’s goal is to have the player always walking into a new, visually distinctive space every few seconds or so, rather than having to trudge down seemingly endless corridors without any variance in detail. The experiences do a great job of balancing the idea of natural, well-worn paths walked by travellers preceding you, with the understanding and importance of player behaviour in game design.

The result of this work is the creation of contained spaces that feel real. From the twisting paths to the swaying leaves, the crashing waves to the buzzing insects, the beautiful locales, and the perfect photo opportunities, caves rd experiences are some of the most relaxing meander about experiences I’ve had in some time.

From here, Matt’s plans aren’t necessarily set in stone, but there are a few options on the cards. There are hopes to bring these experiences together in one package, for porting through to other platforms, for example.

Whether that happens or no, there’s a likelihood of new, different scenes to explore coming on the horizon. I for one can not wait to see where in the world I’ll be able to travel to next – even if it’s only from the comfort of my desk chair.