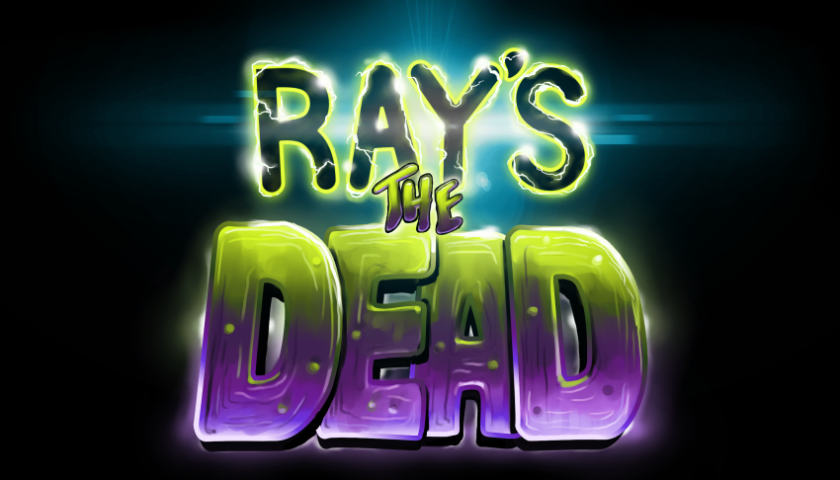 Ray’s The Dead – What Is Dead May Never Die

Announced in 2013 and premiered on the PlayStation E3 stage, Ray’s The Dead developers Ragtag Studio turned to Kickstarter in mid-2014 to accelerate and enhance their product. The game became a quick Kickstarter success story quickly smashing its intended goal of $30,000 USD and knocking off quite a few stretch goals after that, then, as the years rolled by Ray’s little grave started to settle, weeds pushed through the soil, and people stopped visiting. Thousands backed Ray’s The Dead with the promise of a 2015 release, but it’s only now, another five years on, in late 2020, that we’ve finally seen the little guy rise from the earth. Development hasn’t been easy, but with the final product now available for the masses to consume, has the final product been worth the wait?

Ray’s The Dead is a quirky little adventure where you, Ray, have been raised from the ground in unusual, mysterious circumstances. As the little zombified Ray, you’re trying to understand how and why this has occurred and survive the many threats surrounding you as you do so. The story bounces backwards and forwards through time highlighting events that led to Ray’s untimely demise, asking you to survive bus crashes, fight gangs and more in the past, while chomping on the necks of fallen opponents in the world, building your undead army as you go forth to understand how/why this has even happened. Ray’s unceremonious death and surprise reappearance results in him resurfacing in a heavily 1980’s inspired, lighthearted world. Not all the jokes stick the landing, but the majority will do enough to elicit a wry smile. Very little makes sense in the story but the loose approach to narrative means that anything is possible and you’ll take some wild turns on the way to completing the title.

Through a series of Five Chapters, each with a varying number of acts within them, you’ll assume the role of Ray who has a very simple, limited skillset. Ray can attack with the R1 button, chomp on enemies to restore health, and most importantly raise the dead to join his party. Pikmin is an obvious influence for the title because while Ray’s skill set is limited, he has the ability to send his new teammates to do the heavy lifting for him. The loop becomes a simple one, identify and learn the movement patterns of what you’re up against, evade, and then counter-attack. You can land a few hits yourself, but you’re most effective when you’re directing your undead minions around to do the work for you. Once an enemy has been defeated, you have the opportunity (if you can shamble there fast enough) to sink your teeth into their neck to recover but also then revive that former foe, bringing them back as an ally. Your undead allies aren’t as resilient as a Pikmin is, so players will need to walk carefully through environmental hazards and of course through combat scenarios, because losing your party can often result in failure, even if Ray isn’t touched, simply because a latter environmental challenge requires you to have some partners. Be slow, be methodical and success is all but guaranteed. There are moral dilemmas to contend with that may or may not come back to bite you later on depending on your choices too, so there’s thought required at all times.

The gameplay loop, while fairly simple at its core is broken up often enough by reverting to times pre-death, and offering the temptation to explore the environment to recover batteries (which add to Ray’s health) and graves (which acknowledge high-level Kickstarter backers) also give you a little more to do. These aren’t excessive however and don’t create any bloat to your game clock, though a couple of things that will are the combination of some wonky hitboxes and at times enormous frame-rate plummets. The frame-rate dives are particularly frustrating as these emerge during segments where the screen is heavily populated, this means combat at times as well as during some navigation sections where good timing is expected of the player, and you simply can’t get the timing right because of the dip in the frame rate. It’s final polish issues such as these that add significant frustration to the player and make a ten-hour playtime feel grindy at points.

Aesthetically, Ray’s The Dead has a great style going for it. The dull muted shades of the environment don’t seem to cause issues for the player as they attempt to track the rotted corpse of Ray and friends across the screen, you may, however, find yourself losing Ray amidst his supporters at times and this can lead to unwelcome damage being taken from opponents. The soundtrack while fitting with the visual tone, can be quite repetitious, where at times I was hearing the same song being stretched over a 20 minute + long gameplay sequence, and by the halfway point I had already taken the headphones off and plugged them into my phone to listen to a podcast. The voice work is simple, yet effective, with everyone seemingly being voiced by the “They took our jerbs” guy from South Park. It’s hilarious regardless of what they’re actually saying at times.

Ray’s The Dead has a tonne of potential, and I’m thrilled that Ragtag stuck with their work and didn’t allow this game that already centred on the dead to die in real-life too. There are rough edges, many of which can be easily rectified with some patching, but there’s something to Ray’s adventure that will constantly put a smile on your face, and it’s a concept I’d like to see more of in the future. Maybe Ray and co will one day rise again… again!