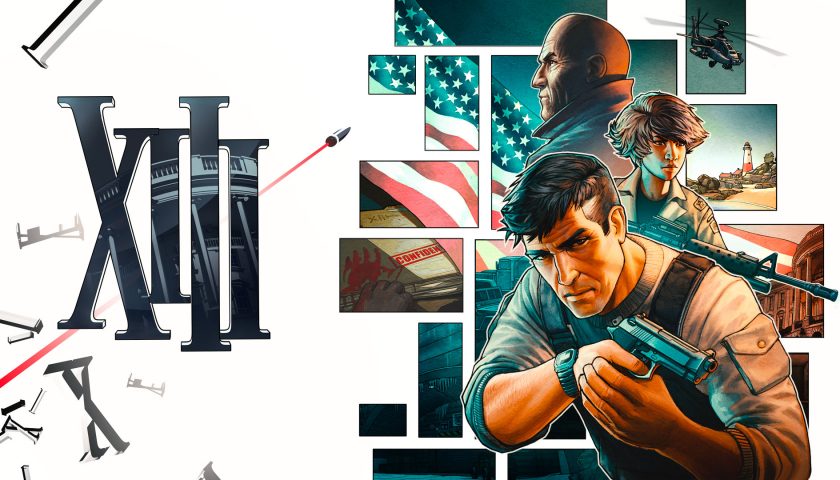 XIII: Remastered – Play The Original Instead

Way back in the days of the PS2 and original Xbox, a little spy shooter called XIII was released on the world. It came with a cool cel-shaded style that gave the feeling of playing through a comic book and the main character was voiced by Fox Mulder himself, David Duchovny. It was a tidy bit of FPS fun very much in the vein of the N64 classic, Goldeneye and while it never really set the world on fire, it did enough to gain something of a cult following.  Fast forward to 2020 and we now have a remastered version of XIII to sink our teeth into, but something went wrong over the years because instead of reigniting interest in this quirky little property, the remaster has buried the franchise forever.

To say this is a poorly done remaster would be an understatement. XIII is riddled with bugs, glitches and glaring examples of poor programming. From enemies stuck in the walls to broken animation cycles to hard crashes. If it is a game bug or glitch, it feels like XIII has it. I even held off reviewing the game for a couple of weeks to see if these problems would be fixed by patches, but alas, it wasn’t to be. There is just no escaping that this is a downright broken game. Somehow, in porting it to new systems, the developers actually made a worse game than the original, something I have never seen happen before. I honestly don’t know why it wasn’t delayed. It isn’t like the world was screaming for the game to come out and it is so easy to see a world where this game turns out great. But for whatever reason, a broken, buggy game is what we get.

Graphically, the cel-shaded style has been kept and updated, but I wouldn’t exactly call it the peak of graphical fidelity. The Borderlands games have shown us how good cel-shading can look and this isn’t even a patch on those games. Animations, when they work, are stilted and jerky, character detail is often laughably bad and the levels themselves boring and bland. On the sound side of things, I don’t think anything has been improved at all. The weapon sound effects lack punch and in a world of fantastic voice actors, Duchovney’s voice work just screams of apathy and someone just looking for an easy paycheque. With the effort that has gone into this game, it is hard to see how anyone thought releasing it in 2020 against new consoles and some truly amazing games was a good idea.

The gameplay is generally ok. It feels very much like a shooter from 2003 and not 2020, but that said when it works there is fun to be had. This is perhaps the most disappointing part of the whole experience. There is something here, something at its core that tells me given the right time and resources this could be a cracking spy shooter. It is easy to envisage a world where XIII remastered is treated with respect and launches to an appreciative audience, rekindling and restarting the franchise in the process. Instead, its potential is squandered and as a result, I would bet my shiny new PS5 on never hearing from the XIII again.

What is even worse is that you just know it wasn’t the developer’s idea to release the game in this state. There is no way they couldn’t have known just how properly broken the game is. No, the only thing that forces a game this busted into the market is money and corporate pressure. Somewhere along the line, the developers were given an ultimatum to finish and release this title, regardless of its state and as a result, have been forced to unleash this bug-ridden mess on the world. I can only imagine the damage that would do to these undoubtedly hard-working people. This title will forever be on their resume, a black mark on their game dev history, while the corporate body that forced the game into the market brushes their hands and pretends they have nothing to do with it.

So the long and the short of it is, don’t buy XIII Remastered. Jump onto Steam or GoG instead and grab the original. It may not feel like a modern-day shooter, but you will have an infinitely better time than you will with the remaster. I just ask you not to slam or slander the developers, because there is every chance that they’re not the reason this was released in such poor condition, but I can guarantee they will be the ones losing sleep every night trying to get the game into a better state for those who bought it.