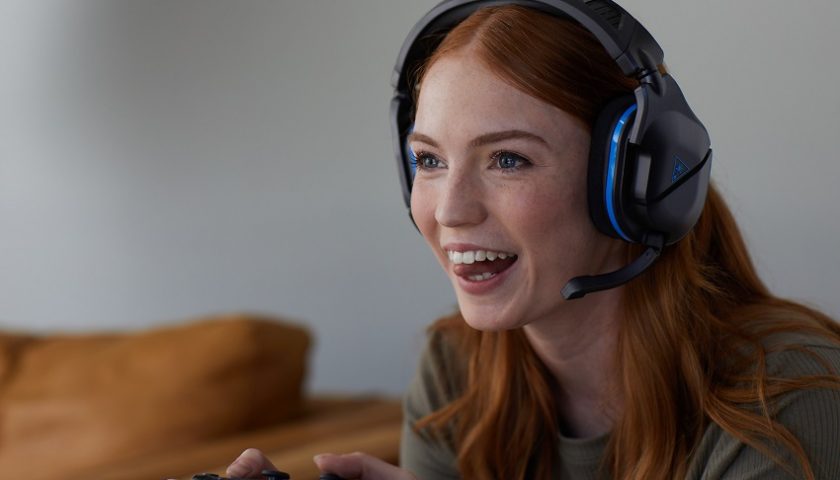 Thanks to both Sony and Microsoft being a little more consumer-friendly this time around, there isn’t a mad rush for people to get new headsets for their spanking new consoles. In most cases, your headset from the Xbone/PS4 era will work just fine. But that hasn’t stopped new headsets creeping into the market, looking to entice you with new features and exciting bells and whistles. The first of these that I have had a chance to use is the Turtle Beach Stealth 600P Gen 2, a Playstation headset that falls into the “not cheapo and not exxy” price bracket of around $150.

That price bracket feels perfect for what the 600 Gen 2 offers. It is a solid little headset that doesn’t excel in any area but doesn’t really fail either. Let’s start with the most important thing, sound. The Stealth 600 performed quite well in-game situations. Sound was clear and bass came with appropriate weight. There was very minor distortion at the high and low ends and games sounded appropriately bombastic when the situation demanded it. The Stealth 600 didn’t hold up quite as well with music, with the bass being a little on the tinny side and loud volumes causing distortion, but really these are gaming headsets and not an all-rounder so that is forgivable.

The built-in mic was surprisingly solid. For the occasional streamer, this would do the job just fine and for communication with your teammates, they are more than sufficient. The microphone sits in just the right spot too, something a lot of headsets muck up. Not too close to your mouth that it is an annoyance and not too far away so it picks up external noise. There is no doubt there has been some solid tech and thought gone into these headsets.

What isn’t quite great is the overall fit of the headset. There is no escaping, the headset itself is a slightly odd shape and that shape meant it never quite feel comfortable on my melon. The earcups were comfortable and didn’t put any extra pressure on my ears, but the band seems to sit too far forward and then come back at an odd angle, irritating me ever so slightly as I played, kind of like a tiny rock in your shoe, you know it isn’t a big deal but it is an annoyance none-the-less. The other thing I wanted to point out is that the headset itself while being nice and sturdy, feels rather plasticky and really lacks that high end finish that the next price bracket of headsets offers. Don’t get me wrong, for the price it is more than fine, but it is something to mention so people don’t get false impressions.

I have been using the Stealth 600P Gen 2 for about 6 weeks now on both the PS4 and PS5 and I have to say it integrates with the system nicely. It uses a small USB dongle, which means you lose a precious USB slot but in return you get something that just works straight away. No fiddling with settings, not stuffing around in menus. Plug and play in the truest sense of the word. There were no issues at all with either the PS4 or PS5 when connecting and I have to say I was pleasantly surprised with the battery life, giving me a good 10 – 15 hours of playtime or about a week of idle time before a charge was needed.

The Turtle Beach Stealth 600P Gen 2 is a good headset, there is no doubt, but it has a few little niggles that stop it from being a great one. That said, if you don’t mind the position of the headband when you wear it, you are getting a good quality workhorse that will deliver good sound and voice communication with your gaming buddies without breaking the bank. You might be able to get a better headset, but for the price, you won’t be let down either.