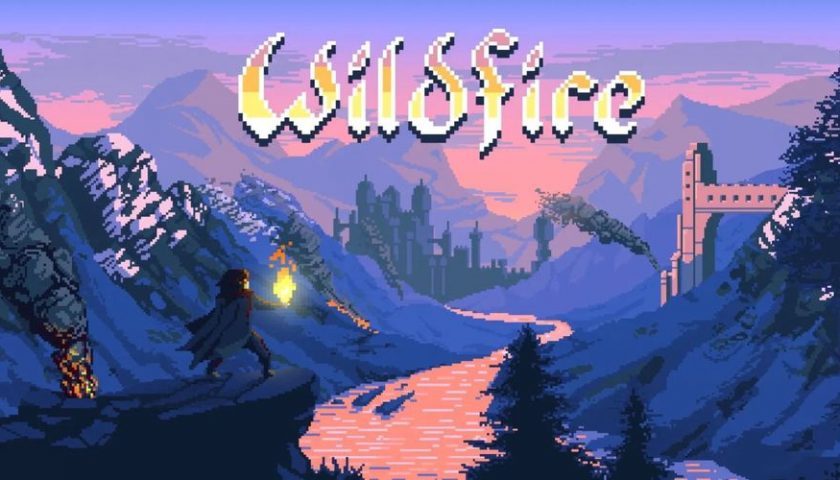 We’ve long associated a certain playstyle with stealth games. This rigid formula has seen its share of iterations and revisions with new technologies introduced over the years, but the tried and true cone of vision or sneak by unnoticed concepts have always remained at the forefront of developer thinking. The team at Sneaky Bastards has looked to rewrite the script though with Wildfire, a game that encourages you to create and embrace chaos with a little help from fire along the way. The question becomes a simple one, does this concept quickly smolder and fizzle out or burn bright? Thankfully in the case of Wildfire, it’s the latter.

With powerful magic at your disposal that allows you to harness the power of fire, it wouldn’t be ideal to be in a world where magic is punishable by death – and yet, that is exactly the world we find ourselves in with Wildfire. You weren’t always this way of course, but when a meteorite crashes, and you naturally go to investigate, these powers find their way into your life. Complicating things further is the Duchess’ army who are also looking for the meteorite, and upon discovering you proceed to burn down the town in pursuit of you. It sets up a lite, but still engaging narrative that ultimately leads towards you adding powers of water and earth to your repertoire, and some truly suspenseful stealth gameplay sequences.

The pacing of the game is superb as each level challenges the player and their current skill set in just the right ways, whilst tempts you to experiment, take additional risks, for even greater reward. Long grass is your friend as a tool to obscure yourself, but also to harness some excellent fire propagation mechanics that will often see the environment ablaze. Poorly considered strategies or a tardy response to out of control fires can result in players forfeiting their element of surprise or even bring about an untimely end – while you can control these powers to a degree, it doesn’t make you immune to the hazards they present. Players will find meteorite shards scattered throughout the levels to further enhance your powers, providing lethal new options as well as clever new platforming opportunities. Skill points, which can be paid for via the completion of certain in-level exploits allow you to enhance these powers further, but the skill points themselves don’t come easy. There are some seriously devilish prerequisites in some cases, while others just require multiple runs or master precision and timing in order to execute a plan. It’s an incredibly satisfying feeling to sweep a level of all its additional objectives, but the unlocking of elemental skills is a little more frustrating. These segments require the player to carry an elemental orb to a shrine as an offering, but the catch is you’re unable to sprint or hide adding a great deal of extra, sometimes infuriating challenge.

Your powers themselves aren’t an unlimited fountain either, fire especially is a rare commodity, especially as you progress deeper into the game. As the game progresses, Wildfire begins to transition from a stealth game with puzzle elements to a puzzle game with stealth elements, the demands on the player change, and your strategies need tweaking in accordance with those new demands. The level design is brilliant and scales at a good pace with the players growing proficiency, though the enemy AI can be a bit lacklustre at times. Enemies have a limited skillset, tend to give up too soon, and fairly poor range of movement, so they can be fairly easily exploited. That said, when things go awry, that’s when things get especially exciting. Your errors tend to bring about some of the most hilarious, but also most pulsating moments in Wildfire as you desperately attempt to survive or cobble together a new plan in the face of growing chaos while objects and people explode in flames, scream, shout and make focusing significantly harder. When you and the game are in sync, Wildfire burns brightly, when you’re not, things can get a bit sloppy, but still trigger all of the right endorphins if you’re lucky enough to survive. Add another player for co-op sessions and things get even crazier, both players really need to be synchronised in their partnership to prevent even further chaos breaking out.

Wildfire is stunning to behold. There’s a clear NES-era inspiration to much of the character designs and while the backdrops themselves are far more detailed, the back and foregrounds mesh together seamlessly. Character exchanges are largely entertaining, while the game’s score is sensational to sit back and listen to. It’s only a shame there aren’t enough safe spaces to kick back and take it all in at times. A few painful text-boxes popped in the way of other key details or moments of gameplay at times, and these can be a little frustrating given that the game, especially as you progress deeper into it, becomes less generous with time, and so for key environmental objects to be obscured doesn’t make things easy. Overall though, these issues weren’t particularly frequent and shouldn’t be too bothersome when it matters most.

The love of Thief, and even more recent stealth gems such as Mark of the Ninja shine through in Wildfire, but it’s the game’s own systems that help it to stand out amongst its peers. There are a small number of issues affecting the gameplay, but overall this is a very polished, suitably challenging and wonderfully realised concept that toys with your pre-conceptions of the genre. It’s not one to be missed.

Wildfire was reviewed on PC with code kindly supplied by the developer.