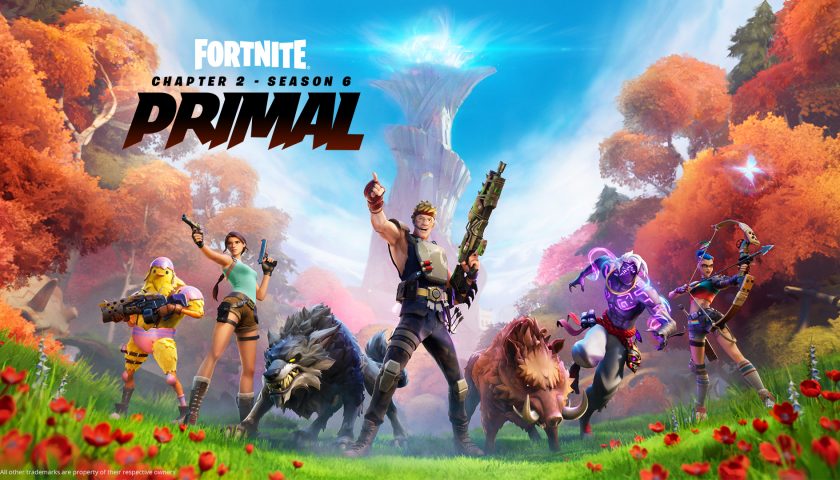 Another week another chunk of new things for Fortnite players to do. It seems like this cycle has been going on for ages now and I feel like a lot of non-players (including me) shrug that off as nothing big, just par for the course and of no interest. But yesterday my mind changed on that thanks to a guided playthrough I did of the latest Fortnite Features.

Firstly let’s get to what has been added. Along with the usual guest skins (Lara Croft and Neymar Jnr seem to be the big ones this time around) the team at Epic have added a bunch of new things for players to do in-game. Perhaps the most notable of which is a new style of crafting. Players can take makeshift weapons and combine them with animal bones (yes there are wild animals now) or machinery parts and create new and improved weapons and gadgets on the fly. There is a new “primal” zone where the map has gone back in time (or the Amish have moved in) and finally there are NPC guardians at key points in the map that will probably require a couple of players to beat and collect their sweet, sweet loot.

So that’s the new stuff, Fortnite players get excited. But I have to say, playing the game, having all of this explained to me, it is hard not to be impressed with everything that Epic keeps doing with this franchise. These are not small changes and the fact that these changes happen so often is impressive, to say the least. Where games like PubG have suffered and lost players due to a lack of new content, Fortnite keeps on keeping on, providing players with new reasons to log in almost every week. I, like many non-players just took that for granted, never giving it much thought. But seeing these evolutions in action has opened my eyes to the sheer amount of work that goes into the game and I must say I am impressed.

So while Fortnite will probably never be a game I play every week, I can’t help but hold it in higher regard than I did previously. It is a massive, all-consuming machine that has dominated the gaming landscape for quite a long time, but that hasn’t been a fluke. The team at Epic have constantly put in the work to keep it at the top of the pile and that, if nothing else, deserves our respect.