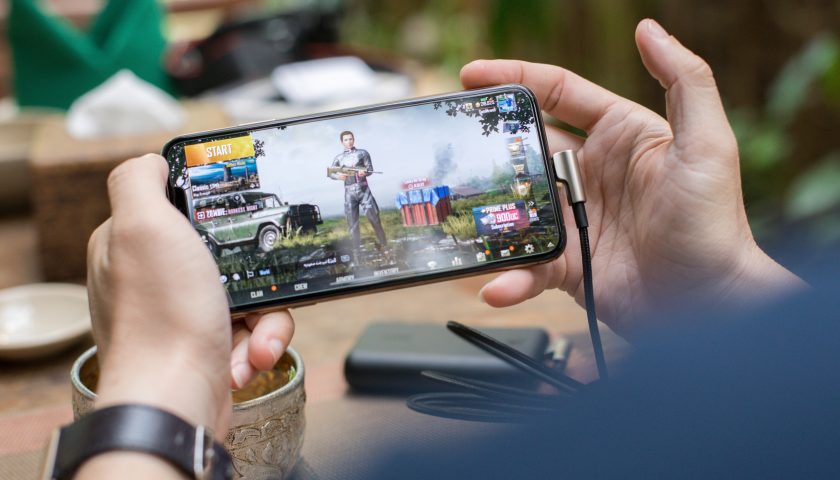 Navigating life as a gaming parent is tough, so our Editor Matt decided to take on the challenge of writing about it in a long-form format. Welcome to the first part of this epic work from Matt, we hope you enjoy it and you can expect new parts every so often.  It is also worth noting that Matt wrote this with people that may not understand video games in mind, so feel free to share with your friends and family that are a little lost in this era of gaming and tech. You can catch up on the previous chapter here:

My Kids Stole My Controller: Chapter 8 – The Wild West of Mobile Gaming

Now that I have largely covered consoles, it is time to look at those little devices that live in pockets, purses and packs all around the globe. That’s right: the (no longer very) humble mobile phone. Mobile phones have gone from a device used to call a taxi after a big night out to a must-have, all-in-one, personal computer, organiser and communications device. Gaming on these devices has come a remarkably long way in a relatively short period of time. It seems like only yesterday that mobile gaming meant playing Snake on a monochrome Nokia screen. Now, mobile gaming is a billion-dollar industry, with mobile titles, such as  Angry Birds, so popular that they have spun off into multiple forms of media, including feature films.

But as the old saying goes: power corrupts. When it comes to mobile gaming, that power comes with chasing the mighty dollar. As history tells it, mobile gaming stores used to work on a basis not too dissimilar to console stores. Players would log in to the Apple Store or Google Play and simply buy a game for a set fee. Somewhere along the way, however, app developers discovered there was a better way to make money. There’s a surface-level irony that comes with that method being known as free-to-play.

For people not versed in the mobile gaming scene, it may seem like making money and free gaming is a contradiction. After all, how can something that you can download and play for free make more money than a paid product? It’s actually pretty simple. Free-to-play games earn their dollars by encouraging players to buy in-game items such as customisations, in-game currency or even new weapons or items that make gameplay a bit easier. Within this, however, are a host of problematic issues and tactics that are really important for players and parents to understand. Learning how these games intend to make money is key to a good experience with mobile gaming, and is the knowledge that could well prevent bill shock incidents where little Johnny has unwittingly spent $500 on pretty hair accessories for his in-game character.

When it comes to these games there really is a Good, Bad and Ugly style of revenue-raising. Essentially, there is a morally right way of doing things, just as there are ways that leave morals and ethics behind in the quest for ever-growing profits. It is worth noting that what I am about to talk about applies to all free-to-play games, not just those found on your iPhone, Galaxy or Pixel.

Firstly, let’s look at the good ways of going about using microtransactions in a free-to-play game. It may surprise you to learn that one of the better games out there is that darling of tabloid journalism, Fortnite. How Fortnite handles monetization is both fair and, for the most part, ethical. The game uses a virtual currency called V-bucks to manage in-game purchases. These V-bucks can be earned through in-game play, but they can also be purchased with real-world dollars and cents. Where Fortnite, and similar games, are inherently fair is that there are only two types of items for sale. Cosmetic and what is known as a ‘season pass’.

Cosmetic items are exactly that, a little bit of extra bling for the player’s virtual avatar. These items offer no competitive advantage and are just there to add a bit of personality to the character (the eyebrow-raising bit comes in when players are maybe pressured to stand out from the crowd). The second item is a season pass. If you haven’t heard the term before, it works like this: there are, generally speaking, two tiers to a season pass: a free tier and a premium tier. As players engage in the game, they earn experience, which goes towards improving their season pass level. As they level up, they are rewarded with new cosmetics, victory poses and dances (that bloody floss) for their efforts. The only difference between the free and premium tiers is the number of rewards doled out and the frequency in which they are given. It is a system that is designed to keep players playing, offering a carrot on the end of a stick for players, but it is an upfront and honest system that doesn’t spring anything on you or try and actively trick you into spending.

The next system is the one I am lumping in the ‘bad’ category. This realm is primarily full of games that use a technique commonly referred to as ‘pay-to-win’. This is where the game allows one to play for no cost, but constantly dangles purchasable items that will make things easier. More powerful weapons, health boosts, extra lives or timed stamina boosts are just some of the things on offer for those that are happy to spend some coin to get a leg up. This creates an uneven playing field and quickly the community is fractured into the haves and have-nots, especially in a multiplayer title (in single-player and leader-board based titles, the challenge often just gets unreasonably difficult). Thankfully, though, after much backlash, this sort of system has been becoming less and less common. That isn’t to say it has been forever banished, but there is hope that it may eventually become a relic of a bygone era in the near future.

Finally, we move onto the ugly. This is where I lump in monetization systems that use dirty tactics and manipulation to drain every last cent out of the paying customer. Fairness, ethics and morals all take second place to the desire to suck every note, coin and piece of lint from the wallets of users. These games use psychological triggers that are also used by – and were very likely learned from –  the gambling industry.

There is a whole raft of tricks and triggers that is used by the unscrupulous mega-corporations when designing these games. The best example I can give is found in a certain (and extremely popular) candy matching game. That game uses a system where you have a set number of attempts with which to clear a level. if you run out of attempts, you have to either wait for a timer to count down before you can try again, or you can purchase more attempts with real money. This is bad enough as is, but where it gets especially dirty when you factor in the knowledge that the game has been designed to not let players complete a level until a certain number of attempts have been used. The higher the level, the more attempts are needed in order to get the game to give you the right circumstances in order to clear the level. This creates a similar feeling to a Poker Machine, with players chasing that perfect situation for the dopamine hit that comes with a win.

There is a fourth free-to-play system that is becoming more and more common these days and that is ad-supported. Usually used in conjunction with one of the other systems, ad-supported titles raise revenue by forcing players to watch advertisements, usually for other games. The way this usually works is that after a certain amount of time, the player will have to watch an ad to keep playing the game, with an option of paying a set fee to remove ads forever. It is an annoying system, but essentially harmless on its own as it is not trying to trick players into spending money. You may find with kids though that they click on every ad that is shown and before you know it their (or your) device is chock full of every game available on the app store, such is the power of advertising.

In describing these systems, I am of course speaking in broad terms. There may be games that use a combination of these systems, change systems over time or even have their own way to make money in a free-to-play world. Another thing worth mentioning is that fun is still perfectly possible, even with a game that uses a more nefarious way of generating money. It is simply important to know how these games set out to raise revenue in order to make informed purchasing choices for both your kids and yourself. No one can make you spend money on a game, but they can try to coerce you so it is important to be able to identify when that is happening. Often it may be worth spending a few dollars upfront to purchase a full experience without any strings attached, although such titles have become depressingly scarce.

Most free-to-play games make it super easy to spend money, too, which leads to a certain flavour of story favoured by A Current Affair and its ilk. You know the ones: Bob’s kid runs up a $300 bill in a mobile title and he only finds out when said bill actually arrives. There are some easy ways to prevent this, though, and they should be the first thing a parent does when introducing their offspring to mobile devices. If the child has their own device, never attach a credit card to it. That way there can be no accidental spending. If you wish to buy games or in-game items, both Apple and Google offer pre-paid credit for their app stores which can be purchased just about anywhere that sells gift cards. These are ideal for kids because it limits what they can spend, but also can be used to teach budgeting and money management by letting kids decide how to spend their credit.

If the child is using your device, then things are probably a bit different as you probably have your credit card details saved. This is where a strong password is a must. And by strong, I mean strong. It is amazing how good kids’ memories can be, and how sharp their vision is. I still remember my youngest, when he was about three years old, walking around the house saying “ 1 5 1 5.” I asked him what that was and his response was “makes Mum’s iPad work.” Needless to say, it no longer makes Mum’s iPad work. Newer devices allow you to use fingerprints or facial recognition as well, so enabling whatever security measures your device has will go a long way to preventing a bill that will give you a heart attack.

It is worth stressing that I am not trying to scare you into avoiding mobile gaming. It can be a fun way to pass the time or entertain the young ones. It’s just important to know how things work, and how things happen so that you can protect yourself from the nastier side of the business while still enjoying what it has to offer. Education is once again your friend. It will help you traverse the space with confidence and avoid any pitfalls along the way.