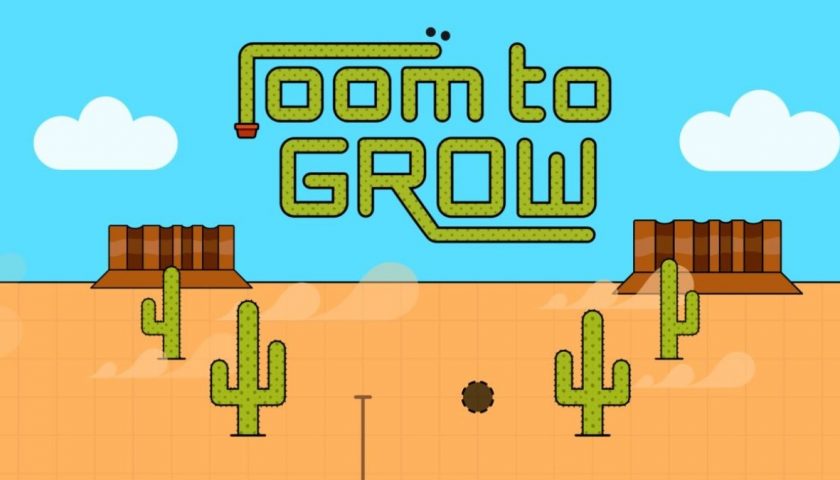 Room To Grow – Twist My Brain Into Knots Little Cactus

You might look at this cuteness and think, “aww, this would be an excellent game for my young niece or nephew.” You’d never be more wrong in your life. Room To Grow will knock you on your ass, place its boot on your chest and laugh at you when you try to get back up.

Ok, that’s exaggerating a bit. But seriously, don’t let the cuteness fool you – Room To Grow is fiendishly difficult at times. Balancing difficulty and frustration in puzzle games seems like nigh an impossible act. I’m happy to say that, most of the time at least, Room To Grow pulls it off. Even when it doesn’t the cute noises your little cactus makes when trying to make a move that isn’t possible sure does help soothe the mood.

Room To Grow pulls on big-name inspirations The Witness and Baba Is You, and it shows – The Witness in particular, at least mechanically. Set upon a discreet level with interconnected lines, your goal is simply to push the cactus back into its hole, with the limitation of not crossing over your body as it extends (think classic Snake from Nokia phones, except your tail never shrinks and you have all the time in the world to decide where to move).

Very quickly this ruleset is expanded, with the ability to push your entire body off of walls that intersect with the paths you are able to take. Puzzles become exponentially more complex from level to level, with quite clever nudges into new and fresh design ideas. It’s what you want out of a competent puzzle game – take a base mechanic, then expand it out to its limits.

I’m quite a fan of a good puzzle game. I spent over 50 hours in The Witness, and being stuck on levels in Baba Is You for hours at a time before finally discovering the solution never ceased to be immensely satisfying. I do think Room To Grow fits this idea well, but it’s hard to judge from a reviewers perspective.

Puzzle games are interestingly unique in that progress isn’t just made physically in the game – progress develops in your mind. Staring at a level for 20 minutes while not touching the controls is still progress because your mind is still ticking over the functions of the puzzle in front of you.

Reviewing games, irrespective of how much time you’re given, involves a time crunch. There’s an endpoint that’s needed to be reached, a review to be written, words to be published and more games to move on to.

Normally with a puzzle game, it will sit in the background of my regular life. I’ll poke and prod at it as the feeling arises, and let it rest when I’m stuck. I have no doubt that Room To Grow would be an incredible fit for this type of play. It’s deliberately chill, happy to just sit there and be there for you when you need it.

I can’t lie and say I didn’t get frustrated trying to solve some of these puzzles. But I think it’s important for me to step back and realise where that frustration came from – not necessarily the game itself, but more the way I needed to play it. Depending on how you play games, you may well experience something similar. But if you keep this in mind, and come at Room To Grow with the right perspective, it’s likely to really hook you and stick in your mind for weeks or months to come. Either that or you’re an absolute fiend and will blast through the game in a day, in which case I both tip my hat to you and am extremely jealous of your mind wizardry.

Ultimately, I feel Room To Grow is a fantastic proof of concept. Not in its gameplay, because this is assuredly a full and worthwhile puzzle game in itself. What gets me excited though is that its proof Mischka has the chops to continue down this path and create even more exciting brain-twisting games, bringing us puzzles that will delight and confound.

But of course, Room To Grow is a pretty good puzzle game on its own merits. As a first outing, it’s seriously impressive how well this concept comes together in a delightful little package. When you have to scratch that puzzle itch, Room To Grow has your back.