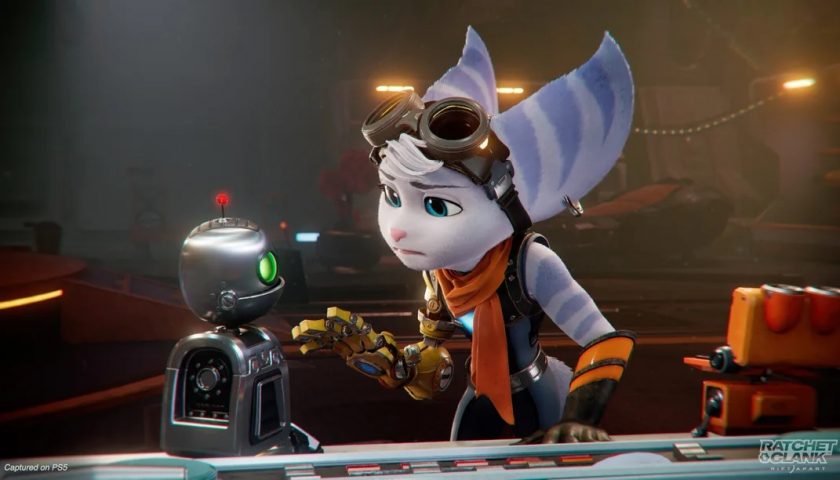 I have been saying this for a while now, but I’ll say it again for those up the back. Ratchet and Clank: A Rift Apart is going to be the first true “next-gen” game, the game that shows us what the new consoles are capable of. After seeing the latest trailer, I feel like my prediction is coming true because it is jaw-droppingly good-looking. Honestly, it seems like Pixar could learn a thing or two about animation from Insomniac it is that good.

The biggest part of the trailer is the reveal of Rivet, the female Lombax briefly shown in the game’s first trailer, now given a proper introduction. Rivet is a resistance fighter from another dimension who joins forces to stop Nefarious’ nefarious plans (or something like that.) You get a good look at her in action in the trailer and if her voice sounds a little familiar that is because she is being voiced by Fem Shep herself, Jennifer Hale.

Finally, a Digital Deluxe version of the game was announced, which includes five new looks for Ratchet and Rivet. These five looks include The Imperial, Scavenger, Android, Rebel, and Hacker suits. All suits will give players some distinct cosmetic looks to play with and mix-and-match as they play and take photos in Ratchet & Clank’s first-ever photo mode.

If you are still aching for more Ratchet and Clank then fret not, Playstation is doing a State of Play presentation at the early bird time of 7am AEST on the 30th of April on the PlayStation Twitch and YouTube channels which will reveal even more about their upcoming adventure.