The Rebirth of the Third Street Saints: Hands-off Preview

By now you probably know, the Third Street Saints are back. Having been rumoured for months now, the return of Saint’s Row was basically inevitable at this point. But what you may not know is that these are not the old Saint’s dusted off for a new generation. Johnny Gat, Pierce, Kensi and Shaundi (and Keth David) are nowhere to be found. These are the new Saints, a brand new group of ragtag ruffians looking to start a criminal empire and stamp their names into history. This is Saints Row rebooted, restyled and most of all, redesigned. But fear not fans, because from what I saw, this is still one hundred percent a Saint’s Row game.

For those that haven’t seen it yet, there is a snazzy new CGI reveal trailer below. It gives a good feel for the new characters and setting, giving players a chance to get to know the new Saints. But as always, A CG trailer is no substitute for gameplay. Thankfully, I was lucky enough to sit down with a few of the fine fellows from Volition and watch a good 15-20 mins of Saint’s Row in action.

I will get this out of the way first. In terms of feel, the gameplay immediately put me in the mind of Saint’s Row: The Third. It wasn’t as down the line as the first two games and it certainly wasn’t as mental as Saint’s 4 and Gat out of hell. There is a clear sense of the absurd here, but it is grounded in a real-world, not a computer simulation or a hell dimension. Think of it as a buddy-cop comedy that tends towards the silly, something like 21 Jump Street comes to mind. Sure there is violence, drugs, gangs and all sorts of illicit activity, but it presents it all with a tongue firmly planted in its cheek.

The new city that has been built for Saint’s Row is certainly distinct from Stillwater or Steelport and it feels like it brings with it much more variety. The city presents as something of a cross between Las Vegas, a southern Texas town and a Mexican barrio. This makes the city immediately unique in the world of video games, with no other title featuring anything remotely similar to my knowledge. There are distinct themes throughout the city and a clear line between the rich and poor areas, but at the same time, it seems natural how the city flows from glitz and glam, into industrial into suburban.

Driving through the city looked particularly enjoyable, with the developers stating that a lot of work went into making getting from point A to B as fun as possible. There is nothing more annoying than flying around the corner in a car chase, clipping a small bollard and having all your momentum screech to a halt. Volition knows this so just about everything bar the buildings themselves is destructible as you tear around the city with reckless abandon. I saw quite a variety of vehicles on offer too with the developers confirming they are all fully customisable, including the ability to make any car off-road capable.

Combat and gunplay looked like a refined version of what we have seen before in Saint’s 3. That isn’t a bad thing at all because that game had a great many enjoyable ways to end the life of random gangsters. The special melee moves are back, human shields are back and the gunplay looks simple yet satisfying, giving me the distinct impression that this will be a game I will be able to pick up and instantly have fun with. I have an expectation that the learning curve will almost be non-existent.

Graphically the Saints are looking great. The world itself came across as wonderfully detailed and full of life, while the characters were all animated wonderfully and feature a great deal of personality. This is a good looking game, there is no doubt and even though it is coming to the older consoles, I feel like it will still turn heads when it gets all the bells and whistles that the PC, PS5 and Xbox Series X can offer. Once again, despite the significant graphical upgrade, it still presents as a Saint’s Row title and doesn’t lose the personality the series is known for.

When I found out that Saint’s Row was coming back I was more than a little excited. I am a long time fan of the franchise and have enjoyed every single entry to various degrees. I was worried when I found out that this would be a clean reboot (not even continuing on from the Universe reboot at the end of Gat out of Hell) and I would no longer be cruising with Gat and Shaundi, but after seeing the game in action I am more than ready to welcome these new Saints into my heart when the game is released on the 25th of Feb, 2022. 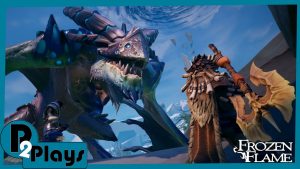 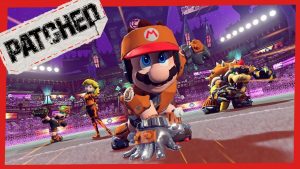 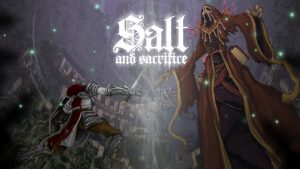 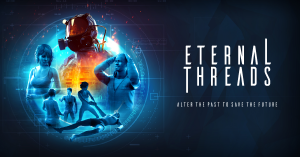