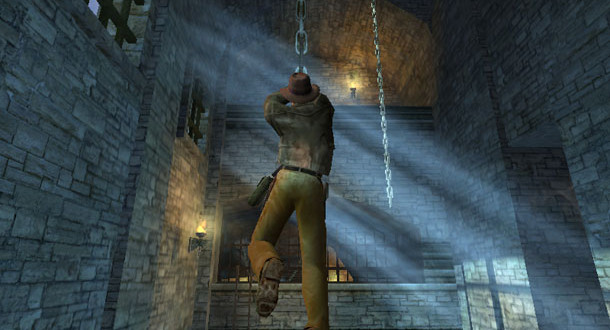 – To celebrate his 10 year anniversary, Kratos is jumping on the HD remake bandwagon. That’s right the best opening 30 minutes in gaming history is getting the 1080p upgrade for the PS4. 15th of July is the date that Kratos will once again make war upon Zeus and the gods of Olympus in God of War 3 HD. There is no indication of what extras will come with the remake, but chances are they will be announced soon.

– Thanks to a stuff up by the Xbox store we now know the second guest character for Mortal Kombat X. Joining the killer of bikini clad camp goers Jason Vorhees is none other than the galaxy’s apex hunter, The Predator. As far as guest characters go the Predator certainly fits the world of Mortal Kombat nicely.

#EDIT this just in!

– Codemasters have teased a return to a cult classic with a new twitter account and picture. Gnarl, the aged minion master from the Overlord franchise has joined twitter and has posted the picture below as well as the comment “Evil always finds a way.” This is almost certainly pointing to a new Overlord game being announced soon.

– In more remake news it seems that the sadly underplayed Vita title Gravity Rush may be getting a spruce up for a PS4 release. This news was broken by the Korean games ratings board so we have no further information at hand but it is one game that deserves a wider audience then the Vita could supply.

– In a continuing effort to take all of our writer’s money, GoG has just added six more games to their Lucasarts Collection. The highlights being the criminally underrated Indiana Jones and the Emporer’s Tomb and the classic western shooter Outlaws. You can head over and check out the collection here, but be prepared to leave with less money. Don’t say we didn’t warn you.