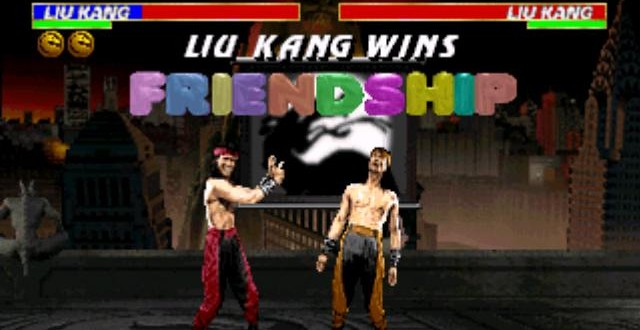 Electronic Thoughts – Do unto others

I have something to get off my chest. I was a Catholic Schoolboy. I spent my high school years at a Catholic High School in Port Macquarie, on NSW’s Mid North Coast and like everyone else at the school I studied religion. Now I am not a religious person (in fact I am pretty sure that if attend church for more than a wedding or a funeral I will be struck down by the hand of god in a Monty Pyhthonesqe manner) and I wasn’t then either but one thing about the subject that always stuck with me was something my year 9 Religious Education teacher told me. She said “Matt, if you get nothing else out of religion remember one thing. Jesus’s number one rule was do unto others as you would have done unto yourself.” To this day I think it is the single best thing about religion. Such a simple yet powerful concept that regardless of my religious convictions (or lack thereof) is something I attempt to live by and pass onto my children.

This statement is something I am reminded of everyday as my eyes inevitably end up reading the comments section on major gaming news sites. I am sure you can imagine why. The comments section on most major sites is a festering bowl of hatred and bile. A collection of people spewing forth malicious and vile slander based on their own personal opinions. “Don’t read the comments” is an often heard slogan among writers and bloggers all around the world and I can see why but I really wish it wasn’t so. I would love the comments sections to be filled with smart discussion and not personal attacks. It is perfectly ok to disagree with the author so tell the author why you disagree without resorting to name calling and vulgar abuse. That is not to say that some commenters aren’t offering intelligent discourse on gaming articles, because they are, but their observations are often lost among the trash talk and name calling.

The comments section isn’t just hurting the authors either. Other readers can just as easily be damaged by things that are said there. For example this morning I was reading an article on Kotaku about how Mortal Kombat X featured the first gay character for the series. The game handled it in a surprisingly subtle manner (let’s face it MK isn’t really about being subtle) and portrayed a character that has issues with how a particular group of people felt about his sexuality. While most of the comments on the article congratulated Netherrealm for their increased diversity in Mortal Kombat a small group of commentators proceeded to berate them for pandering to a minority. Some of these comments were nothing short of disgusting and my first thoughts were that if any person out there that was still coming to terms with their sexuality and happened to read these comments then surely it would make their personal journey even harder. The old saying “sticks and stones” couldn’t be further from the truth. Words may not physically harm but they can leave deep emotional and psychological scars far worse than physical ones.

So I guess what it comes down to is placing yourself in another person’s shoes. Would you like it if you were treated that way? Would you be okay with abuse from the gay community because you are straight? Could you handle constant death threats from female gamers because you like to talk about problematic portrayals of males in video games? Is there any chance you might buckle under the weight of abuse directed at your chosen way of life? These are all things I implore you to think about before putting virtual pen to paper and possibly seriously damaging someone else’s life.

I just want to be clear here. I don’t want everyone to think the same, believe the same things or even agree with each other. That is not something that would ever happen and something that would sure make the world a boring place. Beliefs, ideas and opinions are all unique and everyone should be allowed to form their own and live by them.  What I am asking for people to respect those opinions, respect those life choices and before you attack them imagine yourself in their place. The only agenda I am pushing is one that hopefully encourages people to be nicer to each other. Take those extra 10 seconds to really think about what you are saying and how it will affect others. “Do unto others as you would have done unto yourself” you don’t have to be particularly religious to see that this is a good way to live life.