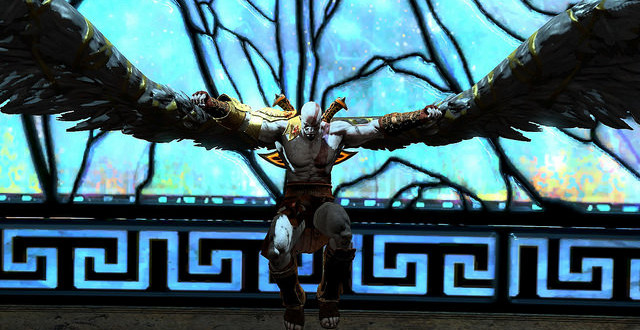 Joining the ever growing list of games getting a graphical update and re-release is the angriest man in games and his vendetta against those who have wronged him. That’s right Kratos is getting his best adventure, God of War 3, upgraded to 1080p for release on the PS4.

As far as new additions to the game goes there isn’t much to report. Unlike a lot of these HD releases there was no DLC for the original game to bundle in and the developers haven’t added much since. There is a new Photo mode which will allow players to take some snazzy snaps of Kratos gouging demi-god’s eyes out our ripping through a Minotaur’s lower bowel with his blades but not else to report.

This sexier version of God of War 3 will be released on July 19 which is right in the middle of the traditional post E3 new release quiet patch. This should help sales but with no new additions to the game it is hard to see this as more than filler until God of War 4 hits our systems.

Check out the trailer below for an indication how the update is looking and get prepared to vow bloody vengeance on the gods once again.