The Witcher series seemingly came out of nowhere to capture many RPG awards and become a series that people notice.  Based on the popular Polish fantasy novels this new game, by Polish Studio CD Project Red, mixes the supernatural, politics and medieval aesthetics into a visceral and haunted world.

Playing again as the titular Witcher Geralt (a monster hunter), you must now rescue your missing ward Ciri by travelling across the world map and exploring cities, towns and empires.  Geralt often gets side-tracked by having to complete monster hunts, fetch quests, horse races, fist fights and Gwent tournaments (an awesome card game, seriously).   Many characters from the previous games reappear, but don’t be daunted, this entry is far more accessible to the new player than the comparative Dragon Age: Inquisition.

The world of ‘The Witcher 3’ is a hotbed of superstition, politics and monsters.  As Geralt, you must deal with all three in your world questing.  The overall plot may be simple at heart, but the side-quests unveil the true richness of this open world and the people who live there.  The more quests you perform, you more you can relate to this world.  Geralt deals with many stories of woe and hardship, and works to right the wrongs of anyone who asks, so long as they have coin.

Story plotlines for most of the game revolve around the key characters you meet, rather than necessarily foiling a main villain.  As you progress, you become more and more aware of an evil force known as the Wild Hunt who are after Ciri to harness her powers, but for most of the game they remain a distant threat.   Most gameplay progression revolves around solving short-term goals and character troubles.  The meat of this game is in the missions and I urge you to immerse yourself in as many as possible to soak up what this game really has to offer.

The game world looks amazing, particularly the forests and wilds of the Northern Kingdoms.  The trees are beautifully rendered and make the forests and mountains places to be feared as they harbour wolves and haunted spirits of folklore.  This game contains more than just the dragons and orcs of most fantasy games.  Eastern European folklore provides a rich tapestry for the variety of beasties and spirits that you encounter and for me made this RPG an experience to savour.  As the Witcher you feel like a witness to this world, making it all the more important to strive to complete every quest, every monster hunt and find every treasure hoard.

Fighting in this entry again follows the two-sword technique. The steel sword damages humans and animals, and the silver sword for supernatural enemies and monsters.  Combat is still a little awkward to control, and unless you are prepared to grind for oil and potion buffs you may want to reduce the game difficulty in order to avoid frequently dying (I’m not ashamed of this).  You also have magic attacks as an option, which can be selected from a menu wheel.  While combat is less awkward than previous entries, there are still issues with smoothness and accuracy.

The world of the Witcher has opened up as never before and influences from the Far Cry and Batman Arkham series are on display from being able to swim in the ocean and sail boats to locations, to having a ‘Witcher sense’ that allows you to follow clues in the environment.  Players can collect herbs for alchemy and hunt animals for food as well as there being multiple mystery quests that are unlocked by travelling the landscape.

Graphically, The Witcher 3 impresses with detailed landscapes and cities and a creepy variety of monsters and ghosts.  The design work is amazing and shows the cultures of each city and landscape.  I was surprised after seeing the pre-release trailers, that the game has in-game engine cutscenes and uses a comic book style to give story updates rather than lush cgi cinematics.  Voice acting however is almost universally awesome, except for one terrible performance (Dandelion).  Those with keen ears will recognise Games of Thrones alumni Charles Dance as Emperor Emhyr and a special moment goes to a singing troll named ‘Trollololo’.  Of extra note is the totally immersive musical soundtrack.  It is far less bombastic than a game like Skyrim, but subtly sets the tone for the huge amount of time you will be spending with this game.

I’ve thoroughly enjoyed my time with the Witcher 3 so far and I know I will continue to do so as I explore every map area, finish every quest and hunt each monster.  I’m thoroughly hooked on this game world as never before.  I played the Witcher 2, but felt that game to be dull overall.  This entry simply sparkles with polish and flair.  There have been two large patches released so far and they have made a difference.  In my 60 hours with the game I haven’t experienced any bugs, broken quests or game freezes, which flies in the face of my initial experience of playing games like Skyrim or Dragon’s Dogma.  I’m keen to explore this world further now by reading the books themselves.  I guess this means I’m a fan now. 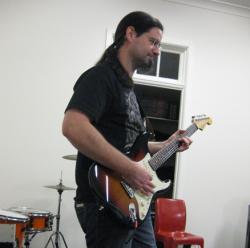