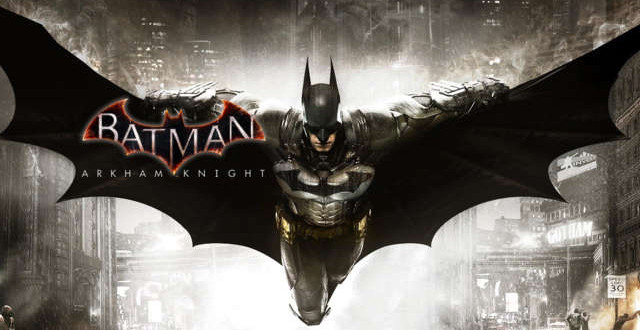 So who was one of the “lucky” ones to buy Batman: Arkham Knight on the PC? Raise your hand, don’t be embarrassed I fell for it too. Yup I see quite a few of you out there. So I thought I would review the PC version in the opening paragraph for all of you out there considering on buying it for the humble home computer. Simply put it is a disgrace that a company has released a game in this state. Poorly optimised, poorly coded and downright broken are about the nicest things I can say about the initial PC release for this title. Personally I wouldn’t be buying this game at all, regardless of it being fixed by patches, simply to show the developers that this sort of shoddy release shouldn’t be allowed to happen.

What makes this an even bigger shame is the game is brilliant. After I realised the PC version wasn’t going to be fixed anytime soon I went and purchased a PS4 copy and despite the extra cost I am glad I did. Batman: Arkham Knight is the conclusion to Rocksteady’s Arkham trilogy and it certainly finishes Batman’s Arkham story with a bang. I am going to avoid mentioning the plot as the game is chock full of story related wow moments that I wouldn’t want to ruin for anyone. All I will say is that long time fans of Batman and those who played the previous Arkham games are going to get a massive kick out of the tale that is told.

One thing is for certain, the game looks stunning on the console. The detail in both the game world and the people that inhabit it is mind boggling. The flapping of Batman’s cape, the evil glare of Scarecrow, the weathered and weary brow of Jim Gordon are just some of the amazing details the game includes to make everything that much more engrossing. It may seem a little thing but I have no doubt that all of these little things added together made it that much easier for me to delve in to the world of Gotham.

I played a lot of the previous Arkham games so I felt right at home with Arkham Knight. The game does something wonderful in giving me most of the bat toys right from the outset so I didn’t have to go through missions again to earn them back. This meant that from the get go, if I was good enough, I could tackle just about any combat situation. Sure upgrading the tools made things a bit easier or gave me a few new options but most of the encounters could be handled from the very start. Movement is once again a joy and combined with the upgraded grapnel I was zooming and gliding around Gotham with reckless abandon. Movement through the world is a pure joy whether it be simply getting from place to place, sneaking up on an unsuspecting thug or grappling my way through an interesting puzzle. Arkham Knight takes all of the things the previous games did in regards to being Batman and polishes them until they became nigh on perfect.

What isn’t so great however is the Batmobile. Bats favourite mode of transport makes its imperfect debut in Arkham Knight. There are a few niggles with the Batmobile, first of all it is much more fun to glide around the city as opposed to driving so I found I was only using the Batmobile when I was forced to. These sections have their problems too. The car can switch between a tank mode and a standard car mode. The sections that require the use of the car are brief but can be annoying because the handling isn’t the best (and the default control scheme is mental). The main gripes are with the tank mode. There are two types of tank mode gameplay devices. The first is a simple “blow up everything that moves” mode which while fun at first is overused and draining by the end of the game. The second style is the use of the tank’s winch as a puzzle solving device. I quite enjoyed these sections and it is a shame there wasn’t more of them as they really were quite ingenious. In all I think the Batmobile probably outstayed its welcome and as a result I feel its inclusion was at the detriment of the game.

Another strange thing occurs when the game ends. There were three different endings depending on how much of the game I had completed. The first ending comes from finishing the main story, the others for completing the millions of side tasks and Riddler puzzles. This is all fine and dandy as it provides a reason to complete the extra bits and pieces but the way the story was handled made it all feel very disjointed. All this did was put a slightly bitter taste on the story which up until that point was utterly enthralling.

After my time with Arkham Knight was over I found myself in two minds about the game. On one hand I enjoyed myself immensely. I had a real feeling of being Batman which is no small achievement. But on the other hand some strange design choices with the Batmobile and multiple endings left me a little perplexed. I am also still hurting from the dodgy PC release so that is more than likely colouring my perceptions. What it comes down to though is that Batman Arkham Knight is the best superhero power fantasy money can buy, it just isn’t the second coming.