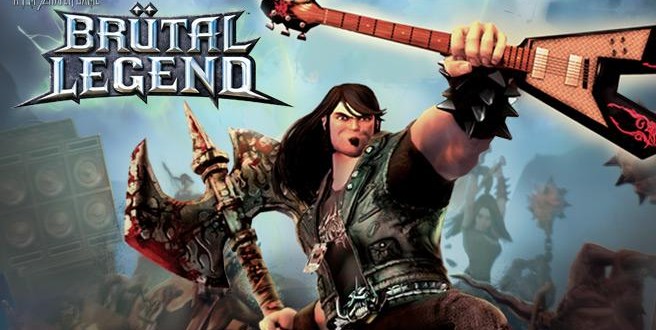 In Case You Missed It – Brutal Legend

Tim Schafer’s Double Fine productions have always been known for their slightly offbeat yet hilarious games and Brutal Legend is more off beat than most. Taking the world of Heavy Metal music and infusing it with a large dose of open world action, a dash of real time strategy and a massive helping of humour, Brutal Legend may have been too obscure in its intentions for most gamers to take.

Brutal Legend was also the cause of a bitter lawsuit between Activision and EA in regards to publishing rights. EA eventually won the right to publish the game after Activision originally passed on the game. When the game finally gained a release in October 2009 EA had trouble marketing the it due to its diverse nature meaning all focus was on Jack Black’s (who’s star was at its peak at the time) involvement in the game and not on the gameplay itself.

The game however, while it had its negatives (the RTS sections are a little underdone) was fairly well received and quickly garnered a cult following. This was helped by the game’s amazing heavy metal aesthetic, excellent voice work from both Jack Black and a cavalcade of Heavy Metal legends (most notably Lemmy Kilmister playing the “Kill Master” and Ozzy Osbourne playing Ozzy Osbourne… sorry The Keeper of Metal) and a soundtrack straight from any 80’s metal fan’s dream concert. Unfortunately the cult of Brutal Legend didn’t take off and the game’s sales were disappointing, in all likelihood ruining any chance of a sequel. Since release thought word of the game has been passed from metal fan to metal fan so despite the initial sales disappointment a PC version was eventually released 2 years later and has done fairly solid numbers due to it’s low price and improved graphics.

What stood out in Brutal Legend was the attention to detail. Everything in this entertaining world related back to a real life musical style. The Head Banging warriors were straight from a Skid Row concert, The big haired big bad came right out of Poison and the death cult are all goth Manson fans. Music has never been so well represented in a game as Heavy Metal (and all of its offshoots) were in Brutal Legend. This makes playing the game as a fan of the music an almost holy experience.

Brutal Legend is a true game of both style and originality and deserves to be played by any gamer that appreciates the different, Heavy Metal music or a great sense of humor. The game can be grabbed for peanuts during any Steam sale and second hand copies for the 360 and PS3 are also easy to find. This is a game that deserves to be played, despite its problems. All hail Heavy Metal.