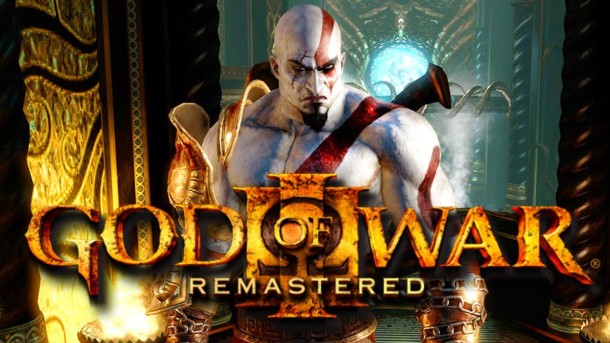 Anger management is an issue that requires careful treatment and a multi-faceted approach to help the sufferer deal with their rage issues. It can be caused by many things, stress at work, money troubles or even a tragic event such as the loss of a loved one. The many means of treatment include therapy, calming techniques and in some cases medication. Of course, the other option is to release that anger on the gods of Olympus and reign down fiery vengeance upon them for tricking you into murdering your wife and child. That is exactly what Kratos decided to do and luckily for us, it makes for a pretty good video game.

God of War 3: Remastered is basically the same game we played a few years ago but much prettier. The game was already stunning to look at but on the PS4 the amount of detail is staggering. The fact that Kratos is now running at 60fps is also a blessing with everything feeling that much smoother and in a game that is all about chaining (sorry) kills together in cool ways it makes a massive difference. The in-game graphics have improved so much from the original release that they easily look better than the cutscenes, which is always a somewhat jarring phenomenon.

As for the rest of the game, well it is the same old God of War 3. Kratos still wants all the gods of Olympus in pools of gore at his sandaled feet and he sets out to achieve that by swinging some nasty looking weapons at anything that moves. This is the core of GoW3 and luckily it has held up well. If you take out the more tactical and niche entries in the genre (Bayonetta for example) God of War 3 is probably the best example of the brawler available. The whole game is designed to make the player feel like the ultimate Greek ass kicker and it succeeds admirably. Chaining attacks are simple yet satisfying and once all 4 weapons are unlocked players can have a ball switching between them racking up enormous combos. The game can feel a bit button-mashy at first but once the player learns a few tricks of the monster slaying trade it becomes a glorious melding of attacks, dodges, blocks and magic.

The game also features a bevvy of interesting puzzles. Often these are quite well put together making solving them satisfying. There are a few block pulling puzzles but the majority of them make use of Kratos’ unique abilities and the interesting environments on offer to create intriguing puzzles that require a little outside-of-the-box thinking to solve. There is nothing here that is too taxing but there is the occasional noodle scratcher that will take a few minutes to conquer.

Of course, as this is a remake the bad things have come along with the good. The story is little more than an excuse to butcher a whole bunch of mythical creatures. It is serviceable but hardly exciting. The other terrible thing that has made the transition onto the PS4 is the horrible horrible “sexy-time” mini-game with Aphrodite. This sort of juvenile trash has been a stain on the God of War games since their inception and adds nothing to the gameplay at all. Adult themes and scenes can be shown in tasteful and entertaining ways in video games but what is on show here is the sort of thing a 13-year-old boy would find titillating. That this sort of thing exists in 2015 is a shame.

The series quick time events also make the transition into HD and once again they are an example of how to do them correctly. Apart from the annoyance of having to mash “O” to open anything, the mini-games all add a little bit of interactivity to some amazing sequences. Each button press is rewarded with a visceral action that makes the mini-games entertaining. Other games copied the system from God of War but never bested it. Of course, if a player has a major aversion to these button press moments then there is nothing here to change their mind but it is the best implementation of an unpopular gameplay mechanic.

So is God of War 3: Remastered worth buying? Well if you are one of the few that never played it upon its original release then it is easy to recommend. A great game (with a few flaws) that should entertain anyone looking for a straight-forward brawler experience. If however you already own the first release then there is nothing new here apart from some shiner graphics so it really isn’t in must-buy territory. It is a shame that the developers just skated by on a spit shine when they had the opportunity to give everyone a full upgrade. Even the multiplayer modes from God of War: Ascension would have been a nice addition and surely not a hard one to implement. As it is God of War 3: HD is a prettier version of a great game. No more, no less.