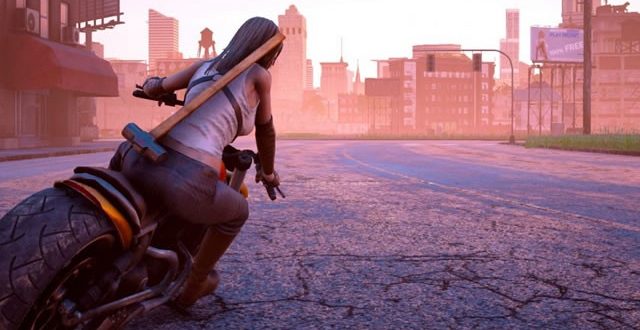 Road Rage Coming to a Street Near You

Maximum Games has today unveiled a new trailer for their upcoming open-world, melee-based combat motorcycle racing game, Road Rage, which highlights all that you can do in the city of Ashen and its local neighbourhood.

Motorcycle gangs rule the streets; streets which you will explore, race and battle on as you pursue control of Ashen, and attempt to survive in the harsh environment. Gang brawls and timed races are all a part of daily life, and in the new trailer that you’ll see below, you’ll see short slices of both of these aspects of life. As Reef Jackson, you’ll engage in melee focussed racing combat across 42 main missions and in excess of 50 side missions.

Reef is the newest member of an outlaw motorcycle gang that has been in control of underground crime in Ashen. The city is your playground – there are absolutely no limits in Road Rage: ride through a vast open-world environment, play as a range of distinct characters, explore unique neighbourhoods, customise bikes and weapons, and battle your way to becoming ruler of the road!

The best news of all is that if you like what you see in this new trailer then you’ll be excited to know that Road Rage is coming to PS4, Xbox One and PC on November 18th.