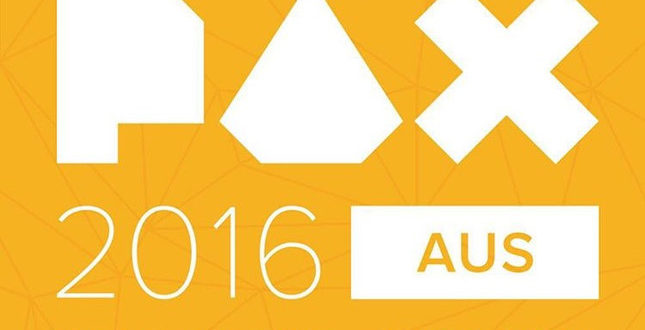 If you’ve ever been to a PAX event, there are likely two things that come to mind when you tell your friends or remember fondly of it. The first is Video Games, and the second is ‘The Panels’. It’s a no-brainer, PAX has some of the most entertaining, informing and enjoyable panels this side of the equator and 2016 didn’t disappoint. The quality this year was incredibly high and as always, there were too many to choose from.

I managed to sneak away to a few in between checking out games and interviewing people and here’s my report on them:

Growing up I think we took it for granted that the sports we loved all had governing bodies associated with them for as long as they’ve been established. These bodies work behind the scenes and help regulate the sport itself as well as protecting all individuals involved therein. But when it comes to eSports, no such thing exists. This is because of many reasons but being relatively new and something that many consider to not be a real sport are likely two of the main ones.

This panel was made up of various personalities within eSports (from Managers to players) discussed the reasons that such a body needs to exist and what we as fans can help to get eSports to a point where it can warrant it. The whole panel took a lot of questions and concerns from the crowd and answered all with accuracy and honesty. Perhaps the most honest answer of all was that we’re still seeing the infancy of eSports as a whole in the world (let alone Australia) and that for the changes that we all wish to see, don’t expect them anytime soon … baby steps.

This was quite possibly one of the best panels of the entire show, and a complete surprise considering I decided to attend this one at the last minute. The panel consisted of Academics (Professors, Senior Lecturers, etc) talking about the various studies, data and links (or lack thereof) of violence in video games.

Sure we’ve all long thought (as gamers) that the link between violence and video games is most likely a lot of hogwash, but it was incredibly insightful to sit back and actually get a glimpse of the hard work that has gone into this and that the data seems to back our initial thoughts. It didn’t end there of course, there are constantly more and more studies being done on human behaviour and the content we experience from digital pleasures.

The crowd asked many questions in which the panel handled extremely well, whether it be categorising the difference between rage induced frustration that leads to you throwing a controller across the room and how that’s vastly different from then grabbing a weapon and going on a rampage. More studies are on the agenda for various other aspects of gaming content and its effects (if any) on the people that play them and it was fairly clear that regardless of what the results say, that’s the information that will come out, which I sure I can speak for many people, is reassuring.

Another great panel with a very high-quality level of Panelists. Sure we all look at Commentators (or shout casters) on our favourite eSports streams with eyes of envy, but we rarely think about what actual work goes into it. The dedication, study and of course the progression from downloading replays and commentating in the privacy of your own home, to literally streaming live with hundreds of thousands of viewers.

The panel consisting of many famous League of Legends casters (Jake “Spawn” Tiberi, Zach “Rusty” Pye, Max “Atlus” Anderson, Michael “Hingers” Hing) all had their own stories to tell, from an ex-pro player, failed pro-player, comedian and even IT worker. To the lofty heights of OPL and even WORLDS in League of Legends. It was clear there was no one path and each person had their own story to tell, most of which involved concerned parents thinking they’re wasting their life. The panelists explained many aspects of their job and even went into the difference between a Colour and Play-by-Play caster, the importance between the two and why that combination works.

And of course, they took many questions from the audience, including why everyone on the panel was sporting the same haircut. Like most panels, it ended with the audience wanting more but sadly running out of time, but for all those interested in going down this road, that path is now a bit more clearly lit.

Naturally, there was so much more on offer and like the games, the only problem was not having enough time in the day to see everything else (which I’m sure were on the same level of quality). It leaves me a lot of high hopes for PAX AUS 2017! Bring it on!