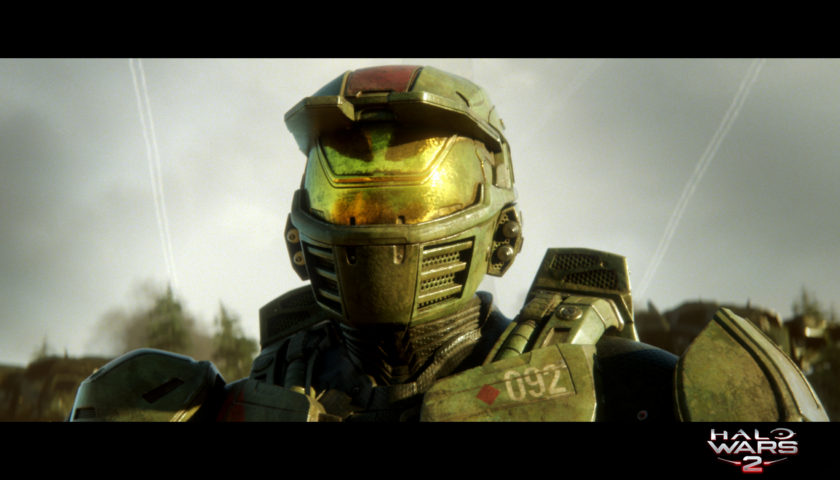 Recently I was lucky enough to be invited by the swell folk at Microsoft to check out an early build of Halo Wars 2 the follow up to their Creative Assembly developed real-time strategy set in the epic Halo universe. Times have changed for Halo since the first iteration of Halo Wars, the Halo brand is now solely developed by Microsoft back 343 Industries.

One of the most requested products that fans have been hitting 343 Industries up for is the sequel to the Xbox 360 exclusive Halo Wars, but this time we are getting two versions, on the Xbox One and Windows 10 PCs. Again it falls on Creative Assembly in partnership with 343 Industries and the result is a user-friendly RTS that will satisfy seasoned players and feel intuitive enough to new players that jumping into the action will be simple enough to grasp and feel rewarded for their efforts.

Aside from the campaign level I had a chance to play through I checked out a standard 2 v 2 deathmatch and the new Blitz mode which I will touch on later. A feature at the forefront of the deathmatch was the powers of the six playable generals, each with their own tactics and bonuses. I played a very aggressive play style and my general was capable of spending large amounts of resources to drop a laser ordinance for a massive area of effect damage. Co-ordinating with my ally we were able to draw the enemy’s attention while I snuck in a cheeky scout unit to get line-of-sight of their juicy base soon to engulfed by lasers. Victory swiftly followed.

Blitz mode was a whole new ball game, by playing the game you unlock booster packs of cards that you, in turn, build a deck with. In the main game section of Blitz, you draw cards from your deck and spend resources to play the card. There are both units and general powers that be called in either in your base at full health or on the field at half health with a regen buff that is lost if the unit takes any damage. This built an interesting risk/reward system that was intense and completely enthralling. I can see room for abuse of something like microtransactions of decks build completely out of overpowered cards but until the game is live it is hard to predict balancing and game meta.

All in all, I am eager to play more and dive into the full campaign along with building up my Blitz deck. It handles well on both PC and console so fans of RTS or those that are interested in diving into the genre should look out for this one no matter what system they are playing on.