What’s in a name? Or, to put it another way, what can a name teach you about a game? Consider that question long enough, and you’ll struggle to find a genre more worthy of examination than the humble JRPG, which by its very nature must transcend language, continents, and the translator’s furrowed brow before it reaches western shores. Often constructed in two parts, like the Greek and Latin roots, stems and prefixes that form the language from which they’re built, each game’s title carries an implicit promise for the player brave enough to journey beyond.

Consider Final Fantasy, for one. For some 30 years now this series has, with just those two words, been able to summon images of Materia, Red Mages, and Phoenix Downs delivered on the back of a golden, feathered Chocobo. Then there are the twisted horrors of Shin Megami Tensei, whose fans know its title is more than just the label stamped on the collar of soon-to-be-released Persona 5’s masked protagonist. And then, of course, there’s Square Enix’s algebraic equation of a Disney collaboration: Kingdom Hearts 358/2 days, 1.5 ReMIX and HD 2.8 Final Chapter Prologue are just a few of the baffling titles in this series, which seemingly requires a degree in mathematics just to decode. Oh, Square Enix. You baffling geniuses, you.

Since it first graced the Super Famicom back in 1995, the Tales Of series has carried a singular promise that’s spanned numerous platforms, developers and literal decades: those that grab this box from the shelf will always be treated to a lighthearted tale of an action-JRPG. And yet it’s here that, amidst the increasingly baffling headlines of 2017’s 24/7 political news cycle, Tales Of Berseria sets out to redefine what that name means and, fittingly, starts to weave a tale of darker times befitting the year it finds itself in.

This is a tale of betrayal, for one. The game’s opening hours – and the Holy Midgand Empire that control its continents – are rife with it. Throughout, a disease known as Daemonblight robs innocent citizens of their humanity, transforming them into daemons. Daemons that, according to Artorius – this tale’s friend turn foe – pose a threat to the world, and so he makes an early sacrifice that sets in motion the revenge-ridden tale of Velvet, this tale’s unlikely heroine.

Later, Velvet finds the snowy port town of Hellawes in lockdown. ‘Begone!’ shout a pair of guards at the gate, if pressed. ‘Until the ban on travel is lifted, none may pass, even with a permit.’ They’re chilling words that fit this chilly location, but there’s more: enquire on the bitter chill of Hellawes, and a stranger will mutter something about ‘Global Cooling’ under their breath. Meanwhile, venture further west when your quest allows, and you’ll find a nearby town where the rejected and dejected are kept at arm’s length in the name of safety. Ask one of the children here, standing in the cold, and they’ll respond in kind. ‘When we go to Hellawes’, he says ‘we can’t tell anyone we’re from this village, or they’ll persecute us’.

Climate change? Travel bans? Persecution? If you can spy a familiar theme here, then you’re not alone. Admittedly, these similarities are more happenstance than intentional political commentary – this tale was first announced back in 2015 – but linger on those turns of phrase just long enough and they’ll conjure images of packed international airports, nationwide protests, and the heartrending stories that have plastered every front page, newspaper headline and ‘Breaking News’ ticker since January 20th, 2017.

Video games are no stranger to interpretation. In fact, most any art form carries its own implicit promise: that there are hidden meanings to be found if only you look close enough, even more so when there’s something outside your door worth hiding from. Even if, in 2017, that something is the world itself.

1999’s much-hyped release and fellow JRPG Final Fantasy VIII, for example, wasn’t just Square’s typically tragic love story. View it through a different lens, and it becomes a tale of a determined resistance formed in the days of a dictator, and the inherent struggle of living a normal life in the throes of war. Red Hook Studios’ Darkest Dungeon, meanwhile? The internal struggles of perfection and depression writ large sketched in the inky shapes of Orwellian horror. So Tales of Berseria, then? Seen through a modern lens, it’s a tale of revenge, injustice, and the rule of a leader held in high regard by some, and utter disdain by all others.

A tale like this is difficult to tell at the best of times, and yet Bandai Namco handles it with a surprisingly deft touch. To a point, at least. There are times when its propensity for absurdity threaten to undermine it – you can, at the very least, switch Velvet’s outfit to something far less revealing, though that’s more a band-aid on this genre’s still questionable depiction of women – but you’d also be remiss to pass it off as not much more than that.

Yes, Tales of Berseria is still an unashamedly dramatic anime soap opera of a game, but it’s also one of great catharsis, as most all great video games tend to be. Its tale is dark, at times, darker still at others, but unlike our world’s faltering sense of reality, Berseria is still built on rules, rulesets and the promise – the unquestionable truth – that where there is an injustice, there will be a helping hand to ensure it’s undone. Need proof? Final Fantasy VIII’s Balamb Garden does come to see better days. Much like the bleakest corners of Darkest Dungeon’s tombs do, in the end, see some light. So while our world’s tale isn’t yet decided – and you better believe we’ll fight for it – taking to Tales of Berseria’s combat arenas to mash out some combos and, in the words of Stranger Things’ David Harbour (Jim Hopper), ‘…punch some people in the face.’ is as rewarding now as it’s ever been.

This is also, ultimately, a tale of camaraderie and friendships, of which you’ll build many over the game’s lengthy and at times overly-long campaign. Later in the game, for example, Velvet and her friends – the quick-witted Magilou, and the charming, blade-wielding Rokurou – run into the Katz, an odd feline creature that litter the world with treasure chests. Greeted with an ‘Oh look, another weirdo’, the party take a much-needed break to indulge in pun-filled conversations. Complete with a ‘Meowvelous!’ here and a ‘Paw-lease!’ there. It’s a ham-fisted, cringe-worthy, and entirely endearing moment that’s reminiscent of those long nights many find themselves enduring at this moment in time. It’s here, awash in the glow of a phone you’d promised to put away three hours prior, and amidst the Breaking News and hot takes, that every now and then a thoughtful stranger Re-Tweets a care package into your Twitter – and your tale’s – timeline, in the form of a cute cat (or Katz?), puppy, or a We Rate Dogs classic that can, at times, feel like they’re the only things that can save us. If not from this situation, then, at the very least, our own thoughts of these dark times.

So all at once Tales of Berseria’s JRPG trappings are comfortable, its design is nothing if not safe, and while at any other time it might feel tired, in a time of great unknowns its familiarity is utterly comforting. It’s a stellar example of how time shapes a video game experience, as much as real-world experiences shape our time with a game. These are Tales Of revenge. Tales Of hope. Tales Of camaraderie, of friendship, and of Katz. It’s also a Tale Of the quintessential rainy day JRPG: the kind you curl up with on the couch and lose yourself to when the day or, as of this moment in our own tale, the world, is just too goddamn gloomy. 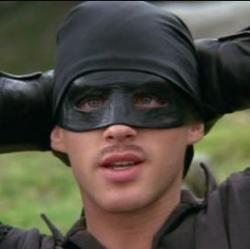