Let me set the scene for you: 19 years ago, somewhere in the Rocky Mountains, a young boy named Robert lines up a scoped rifle hoping to take pot shots at glass bottles. His older brother, Jon, is about to be shipped off to Afghanistan as part of the American military. The two exchange small talk about their time together as brothers and how Robert will need to look after his mother now that he’s the man of the house. As an opening scene, this couldn’t feel more forced: it’s as though the game was looking for any excuse to say ‘Looky! This is a game about sniping. Promise. Also, please care about these characters based on this single interaction.’

18 years and 1 month later, you find yourself in a chopper heading to a location in Russia near the Ukrainian border on a mission to target an enemy base with a fellow soldier. As banter is exchanged between the two, you realise the other guy isn’t a random soldier in your unit, it’s your brother Robert who decided to follow your loyal soldier footsteps into the military right behind you.

It sets up the basis for the tutorial where your brother Robert prompts you through basic skills and tasks to show you how to be the ultimate sniper, and it feels weird. You have spent at least the last 19 years as a marine and sniper, yet your younger brother is the one calling your shots, telling you how to do the basic actions and use your tools. Playing Jon just seems out of place; shouldn’t you know more than Robert about the perfect sniping perch or how to avoid being detected by the enemy? Perhaps it would have been more appropriate and fitting if you were playing Robert instead.

Beyond that, the story is your typical generic more-loyal-than-ever army soldier tale, broken up into “acts”. There’s nothing captivating or unique about it that serves to keep you focused on the details of the story; I found tuning-out was all too easy. At the very least, Sniper Ghost Warrior 3 does try to create a different feeling from its predecessors by putting you in an open-world environment and providing the player with the ability to choose how they are going to complete missions based on what’s suited more to individual play styles with three skill trees – choose to be a Sniper and you’ll focus on eliminating your enemy with long range snipe shots, developing your skills as a Ghost is about the up-close and personal stealth kills and, of course, for those who prefer to go in all guns blazing, there’s the Warrior skill tree.

You also gain access to safe houses where you can rest and recover, select your next mission on your laptop and a workbench to craft items like ammo. You’re really encouraged to scavenge your environment for resources to find materials to craft your ammo or loot money to fund your ammo and items if crafting isn’t your style. Ammunition ranges from realistic armor piercing bullets to more outlandish rounds that tag all enemies within a radius on impact or lure an enemy out of their hiding spot to investigate. DARPA bullets are the auto-adjusting bullets of the sniping world, correcting trajectory and essentially making adverse weather and elevations a non-issue.

There’s a range of tools and equipment, including an enemy scouting drone, to use at your disposal how you see fit but let’s take a moment here to briefly touch on the scout drone. It’s a great way to mark out enemies in a mission to plan your attack, as it helps you identify weak and strong points in enemy areas. It’s also kind enough to label enemies with different markers to help you identify an enemy sniper over a soldier and so on, but all of this combined feels like a hand holder that the player becomes far too reliant on. Without the use of the drone, hitting up enemy locations is a ridiculous challenge and essentially it’s wise to scout any location with the drone first. This can feel a bit repetitive, tedious and boring at times.

Weather conditions, distance and elevation all have an impact on your bullet trajectory, adjusting your scope and weapons to compensate accordingly. For anyone interested in perfecting their sniping skills, this game provides plenty of opportunities to do that. Your beautifully placed shots of perfection are highlighted by slow-mode camera angles of your shot similar to that seen in Sniper Elite, just without the X-Ray vision brutality. Sniping mechanics are at least satisfying and fun, they feel rewarding; while on the normal level the game will give you all the information you need to factor your shot properly, on increased difficulty levels, less HUD information is provided which leaves this up to the player to determine with their developing skills as a sniper.

The game is not without its bugs and glitches, though, some even forcing you to ditch progress to restart at your most recent checkpoint. NPCs that are important to your mission sometimes don’t trigger properly or remain on their starting spot, causing the mission to be unable to progress. On several occasions, I also found myself stuck on terrain for seemingly no reason or wedged between rocks or cliff areas as I was making my way around the map or to perfect sniping nests which meant I had to abandon my progress and start again. This happened quite a lot to me which was rather frustrating. It makes the game feel unpolished, particularly for something that is a third in its series. Perhaps these things will be ironed out in future patch releases.

Overall, Sniper Ghost Warrior 3 isn’t a bad game at all. There’s definitely rewarding moments that come out of your own skills improving but it’s by no means a unique game in its class, often giving me flashback feelings of Sniper Elite or Ghost Recon: Wildlands. Whilst it is also without its share of problems, you have to admit CI have done a great job at making their third installment of the game feel different from its last and you have to give them credit for that. If their development broadening continues like this, I look forward to seeing what Sniper Ghost Warrior 4 may bring, if it ever becomes a thing. 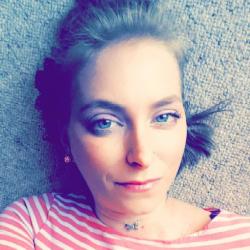 A Twitch Affiliate streamer by day, games reviewer by night and full-time crazy cat lady, Krystal is an Australian from Sydney now spending her days in the Mediterranean island of Cyprus. Her passion for gaming started at a very young age, playing on both PC and console. We can't promise she won't throw cats at you.
All Posts