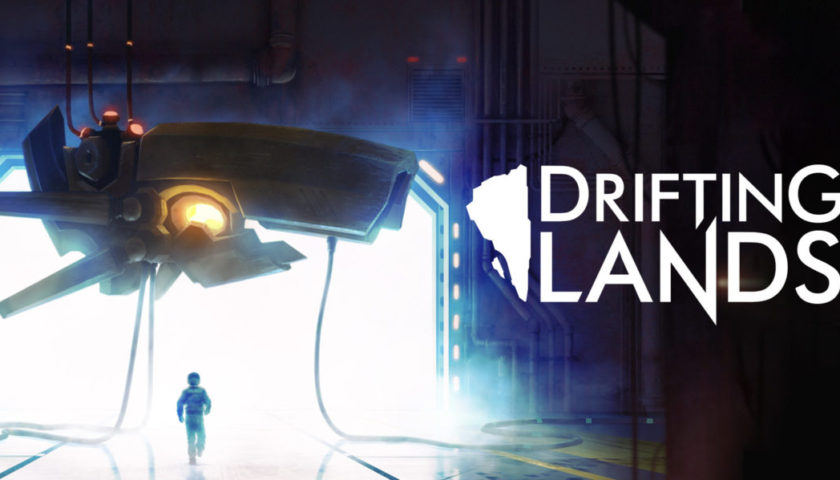 Genre mashups are nothing new. Mixing two different types of game and seeing what comes out of it has been a mainstay of development for decades. But in the case of Drifting Lands, it is a truly original concoction of RPG and SHUMP gameplay that mostly works and sets the game apart from its bullet-riddled peers.

At its core Drifting Lands is a tradition horizontal SHUMP. Fly up and down the screen, shooting at everything that moves while avoiding the millions of bullets, missles and bombs heading your way. It is a shame that this part of the game is actually the weakest piece of the puzzle. It is by no means broken, but it lacks the flash and satisfaction of games such as Gradius and Sine Mora. The backgrounds are bland and repetitive, the weapons, especially early on, lack satisfying impact and the piloted ships are a little uninspired.

Thankfully the RPG elements surrounding the shooting bring it up to a much more entertaining level. Anyone who has played Diablo or something of that ilk should feel right at home here with multiple slots for weapons, armour, engines, shields and special abilities that can be upgraded with loot found in-game or by purchasing them from the marketplace. It all feels like a perfect match to this style of gameplay giving the feeling of something more than a visceral test of dexterity when playing. A feeling that players are actually working towards something.

Missions are handed out in traditional RPG manner, by interacting with NPC’s back at home base. These missions are always pretty much the same, shoot everything that moves, but occasionally things are mixed up with the need to drop off certain types of cargo, or a multi-stage level that has to be completed without dying or it restarts. The story that links these missions together is basic and a little stilted in its writing but it is entertaining enough to see through to the end.

Where Drifting Lands really succeeds is the sheer amount of content on offer. There are so many missions to complete. It almost seems like a never ending game. On top of that, there are three different types of ships and an almost endless supply of weapons and upgrades that can be used to increase your ship’s destructive power. The lure of the loot is quite strong in this game and it goes a long way to covering some of the title’s other shortcomings.

Drifting Lands is something of a guilty pleasure. It has the major issue of the core gameplay being nothing more than competent when compared to other games of its kind. Thankfully though the RPG and loot systems that surround this component are all great and make Drifting Lands a worthwhile purchase for people that enjoy this sort of game. It is also worth nothing that the developers have promised continued support and content updates so there is every chance some more variety will be added in and improve the overall experience. At its current price of $15 USD, I would say Drifting Lands is a worthwhile purchase for SHUMP fans, for everyone else I would wait for a sale. In all this is an interesting experiment that almost reaches the lofty heights it sets out for, boding well for any future sequel that may come.