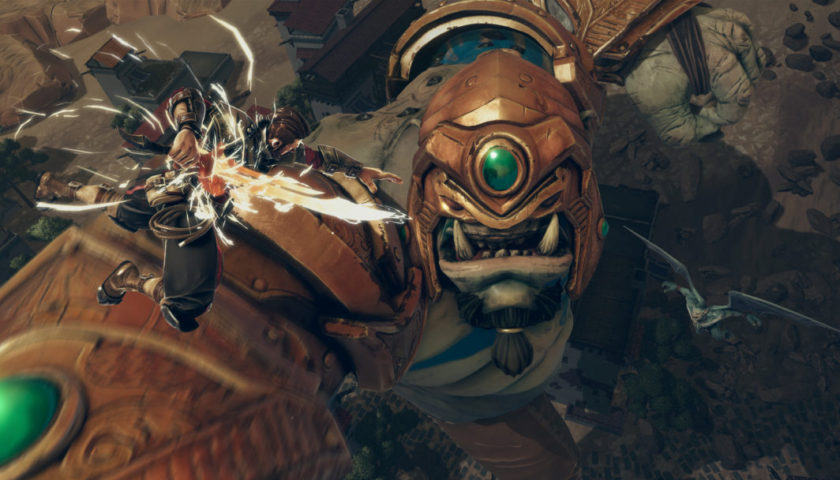 While the big companies haven’t surprised us too much at E3 this year, the littler developers and publishers have announced some great new IP. Extinction is one such game. Developed by Iron Galaxy and Maximum Games, Extinction takes more than a few cues from the Anime series Attack of the Titan, and that is a good thing. The goal of the game is to protect humanity against giant ogres and their minions. You, of course, are the only one with the skills to do so. Gameplay appears to take bits from Infamous, Prince of Persia and God of War and melds it into a destructible open-world of villages, deserts and mountain ranges.

Here are the feature highlights from the press release:

You can check out the gameplay on offer in the video below. Extinction is coming to Consoles and PC in Q1 2018 and it may just be a sneaky hit in the making.