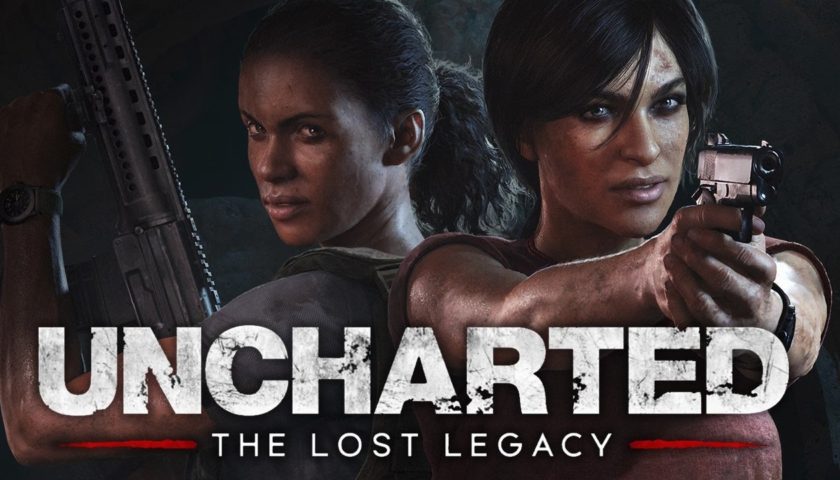 It’s hard to imagine that an Uncharted game could possibly fly under the radar, but that’s the fate that has befallen Uncharted: The Lost Legacy, and the reason for this is a fairly messy one. When Uncharted 4: A Thief’s End launched in May of 2016, the DLC outlined the presence of a single player campaign, but it wasn’t until PSX 2016 before the contents of that campaign were revealed. When Lost Legacy was revealed it was also announced that the game was becoming a full-length, properly fleshed out experience that could be purchased stand-alone as well as downloaded by those who purchased UC4’s Season Pass. The consequence of this has made for some muddled marketing that means the game has snuck up on consumers, but with the game now available the tone has shifted, and a new question is to be answered; does The Lost Legacy, continue the long, successful heritage of Uncharted titles?

A new game, a new lead protagonist and a new approach keeps things interesting in The Lost Legacy, even when the action is on the more formulaic side. The Lost Legacy puts you in the boots of Chloe Frazer, the fan favourite Indian-Australian who was first introduced to us in Uncharted 2: Among Thieves; she’s also accompanied by Nadine Ross, the ferocious South American former paramilitary leader who has been hired by Chloe to join her in a journey to uncover the Tusk of Ganesha. Now it wouldn’t be an Uncharted game if there wasn’t an evil villain in your path, and while lead antagonist Asav’s motives (outside of just being a bad dude) are quite unclear, you’ll certainly know you’re in for a struggle when you encounter him and his band of goons. Despite the game having been marketed as a stand-alone expansion to the core Uncharted titles, and the majority of your time enjoyed as such, in the final act you’ll begin to notice characters from the core games drift into the story more often and major plot-threads (specifically from UC4) get introduced. These threads will sail over the heads of those not already familiar with the past titles, and perhaps represent a Naughty Dog team who is unable let go of their previous works.

Given that it was initially intended to be a DLC expansion, it’s hardly a surprise that The Lost Legacy draws upon many mechanical elements of Uncharted 4, from the rope swinging to the piton and of course, the tried and true shooting mechanics. The Lost Legacy does, however, introduce some new features including lock-picking that encourages a more “think first, shoot second” approach to play, and a map that is especially useful when you’re exploring the open world region of the Western Ghats. Outside of these inclusions, Lost Legacy, looks, feels and plays very much like A Thief’s End, for better and for worse. If you’ve been a fan of previous Uncharted games and loved Uncharted 4, then you’ll be happy with the Lost Legacy package, however, if you’re not a fan of the franchise then Lost Legacy is unlikely to change your mind.

Uncharted: The Lost Legacy is a very by the numbers adventure in many ways, rarely deviating from the tried and true formula, and given that its release comes only a year after Uncharted 4 and adds very few new mechanics to what Uncharted 4 boasted, it fails to feel fresh and new as a result. The need to play with a more strategic, stealthy mindset did a bit to mould the experience in a different way, but ultimately, were it not for the narrative and character development, there’d be few reasons to play The Lost Legacy if you don’t have that established relationship with the cast.

As you would come to expect from an Uncharted game, the world is bristling with life, colour and gorgeous environments; the set piece moments in the game resonate as powerfully as any that I’ve experienced in the franchise to date, though one, in particular, seems to been especially inspired by an iconic piece in Uncharted 2. The incredible vistas caught me off guard on a few occasions as I broke from a cutscene and didn’t realise I’d regained control of Chloe because I was staring lovingly at the views before me. Naughty Dog is all too aware of how beautiful their work is, having placed several photographable points throughout the world, whilst placing Photo Mode front and centre in the Pause menu. Characters themselves are wonderfully acted and realised, but Nadine, much as she did in her appearances in Uncharted 4, failed to extract an attachment from me. Movements, both in and out of gameplay look incredibly life-like, and whilst some of Chloe’s leaps of faith stretch reality a bit, the landing, and subsequent scramble to stay alive look very realistic. Another strength of the Uncharted games has been the acting and musical score, and both excel, as they always have, with the banter and interplay between the two main characters perfectly breaking up even the most intense scenes.

If you’re picking up The Lost Legacy courtesy of the Season Pass for Uncharted 4 then you’re already set, with the multiplayer mode and survival, but for those who are buying The Lost Legacy standalone, then Naughty Dog has kindly included both of these from Uncharted 4 to keep the community together and potentially expand the player base. It includes everything that has been added to the mode thus far and will guarantee many more hours of enjoyment beyond the completion of the 6-8 hour long campaign.

Speculation that the Uncharted franchise would falter in the absence of Nathan Drake has been silenced courtesy of an always engaging campaign, an interesting cast of characters, some of the best puzzles and set-pieces in the franchise’s history, as well as an incredibly impressive multiplayer suite straight out of the box. The Lost Legacy doesn’t really reinvent the wheel, but it’s a polished experience that gives the Uncharted fan everything they have come to love from the franchise over the past decade