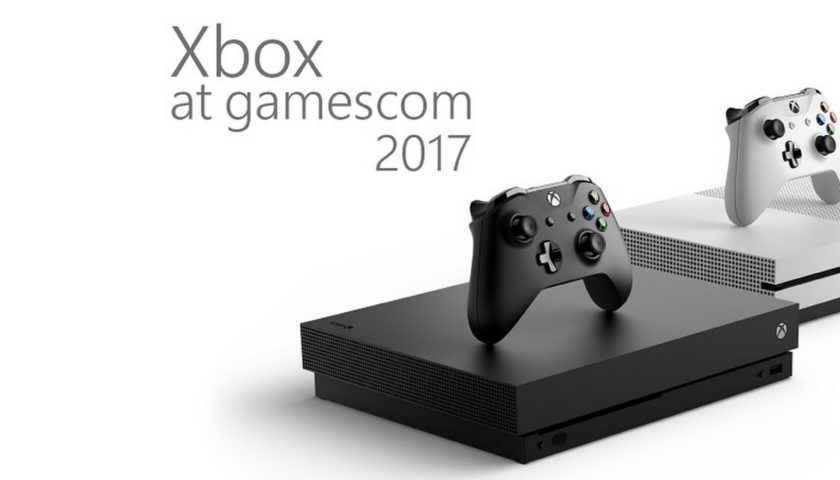 So Microsoft this morning held their GamesCom 2017 Press Conference and while it wasn’t an E3 conference, there was certainly still some notable announcements to come of the event. You can find each of them here for your enjoyment.

There were a few hardware related announcements made, with the big one, of course, being the Project Scorpio Day 1 only Xbox One X console. There was also the reveal of the Minecraft themed Xbox One S

We also saw the reveal of Jurassic World Evolution, a game that gives you the power to build and manage your own park in a very Sim City, Rollercoaster Tycoon sort of way. Conveniently, the game is coming from Frontier Games, the developers of Rollercoaster Tycoon. Though the game was revealed on the Xbox stage, it will also be coming to PS4 and PC, all simultaneously in 2018

The leaked Definitive Edition of ReCore was officially revealed

While a host of other announcements were made that included the reveal that Sea of Thieves will support day and date cross-play between Xbox One and PC owners, World of Tanks is coming to the Xbox One X, the immensely popular PlayerUnknown’s Battlegrounds is coming before year’s end and will be published by Microsoft, a tonne of excellent indie games were revealed, and finally, Major Nelson’s blog reveals all games that will be supporting the Xbox One X.

If you’d like to catch up with every single announcement you can, of course, check them out via the full conference video below

And of course, if you want to see just how wrong I was in my predictions for Microsoft this year then please check out Friday’s episode of The Insider

For more from GamesCom 2017, keep it locked at Player2.net.au