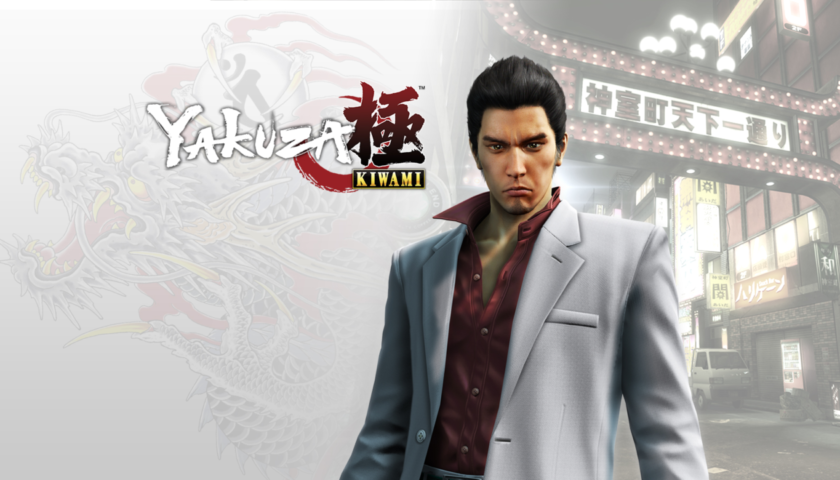 Following on from the success of Yakuza 0, Sega continue their revitalized support of the series in the west with Yakuza Kiwami, a ground-up remake of the original Yakuza which released on the PS2 in 2005. While Kiwami does a fantastic job following on from Yakuza 0 and is in many ways notably enhanced by having played through that title first, players will need to temper their expectations for what is at heart a 12-year-old experience, albeit with a slick facelift and many quality of life improvements which smooth out a number of rough edges.

Yakuza Kiwami opens in the glittering red-light district of Kamurocho, a monument to Japanese nightlife and hedonism. Protagonist Kazuma Kiryu is on the cusp of leading his own crime family, another step up the long ladder of rank in the Tojo clan. However, a chain of events sees Kiryu serving a prison sentence for a crime he didn’t commit, as well as expulsion from the clan. Upon his release a decade later, Kiryu finds himself caught up in a power struggle taking place within Kamurocho and is slowly drawn back into the Yakuza way of life as friends turn to foes and help is found in the unlikeliest of places. While the storyline in Kiwami is nowhere near as involved as that found in Yakuza 0, it still offers plenty of drama and enough surprises to keep things interesting along the way.

What immediately stands out in Kiwami, as it did in Yakuza 0, is the high quality of voice acting and writing, supported once more by crisp 1080p/60fps visuals which work together to draw the player into the intoxicating world of Japans organized crime syndicates. Playing on a PS4 Pro in Boost mode, the already negligible load times were reduced to minor pauses and the frame rate stayed rock-solid throughout. I’ve also grown quite fond of the visual approach used to balance performance and visuals which sees depth-of-field used to great effect. Thankfully forgoing an English dub, Sega instead opted to have the original voice cast re-record their dialogue, with the result a wonderfully immersive experience packed with emotive performances delivered by a veteran cast armed with a much deeper knowledge of these characters compared to the 2005 release.

Aside from a truly ‘extreme’ visual and audio upgrade, the team at Sega have ported over many of the features found in Yakuza 0, starting with mini-games. Pocket Circuit makes a return, with the ‘Catfight’ female wrestling of Yakuza 0 now adapted into an arcade game called MesuKing: Battle Bug Beauties which features collectible cards scattered all over Kamurocho. Kiwami also includes an overhauled fighting system, giving Kiryu 4 styles in total to choose from; Brawler, Beast, Rush and Dragon. While the first three styles are taken directly from Kiryu’s repertoire in Yakuza 0, Dragon mirrors the move set from the original PS2 release and feels much slower for it. To make things more interesting, unlocking moves in the Dragon skill tree has been tied in with the highly touted ‘Majima Everywhere’ system, which sees fan favourite character Majima Goro appear randomly in a variety of increasingly bizarre scenarios to challenge Kiryu under the pretense of helping him regain skills he lost in prison. While initially, I thought I would find this feature annoying, the variety and humour with which it is implemented meant that each appearance by Majima was a welcome one, most notably the nod to Yakuza: Dead Souls.

For players coming over from the rather lengthy Yakuza 0, which took well over 25 hours to complete the story alone, Kiwami is going to feel brief by comparison. With its lower level of mini-games, side activities and sidestories, Kiwami’s brevity is compounded by taking place entirely in Kamurocho, lacking locations like Soutenbori, Hiroshima and Okinawa which can be explored in other entries of the Yakuza series. Because of this narrow focus, Kiwami’s 13 story chapters can be completed in less than 15 hours depending on player skill and difficulty level selected. This isn’t a major criticism, as the scope of a 2005 PlayStation 2 title compared to a 2017 PlayStation 4 title will vary considerably, but it does bear keeping in mind for the budget-conscious buyer.  Outside of the wonderfully dramatic main story, much of the Yakuza experience is built upon immersing one’s self in a world which so lovingly renders its real-life counterpart, with sidestories truly one of the best parts of each Yakuza game. While I didn’t find anything as hilarious as Yakuza 0’s ‘adult magazine vending machine’ mission, there are many quirky characters populating Kamurocho who will give Kiryu tasks to complete, ranging from endearing to disturbing. By following these up, playtime can be extended considerably but anyone looking to get as much playtime from Kiwami as they did Yakuza 0 may be disappointed.

For those itching to spend more time with Kazuma Kiryu following Yakuza 0, Kiwami is exactly what you’ve been waiting for and an essential purchase. If you happen to be looking to start the series, it’s hard to recommend Yakuza Kiwami over its immediate predecessor which provides a much better entry point to the series as well as a more diverse experience that significantly enhances the enjoyment of Kiwami.