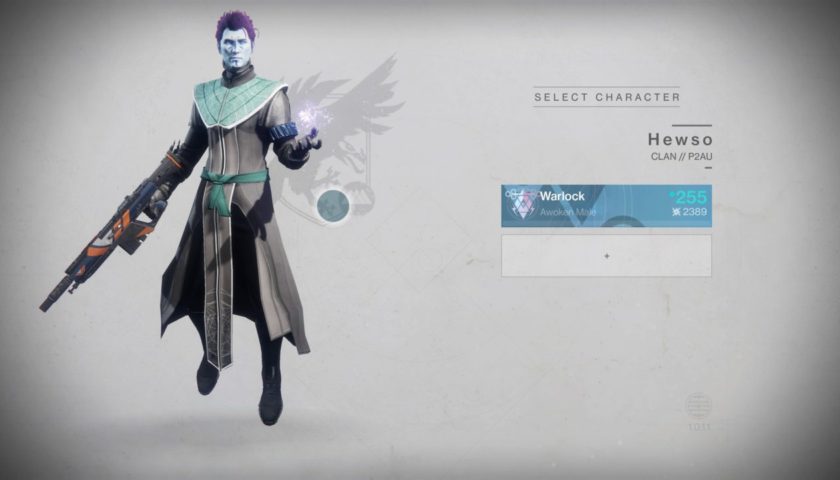 Date With Destiny – The Fresh and the Familiar

The original Destiny was a strange beast. It seemed to be the game that people complained about constantly, yet couldn’t stop playing. It had some great shooting, a unique premise and engaging and exciting game mechanics yet it was let down by a non-existent story and some very poor endgame design. To Bungie’s credit they fixed a good chunk of the game’s issues over its lifespan but it never quite escaped that feeling of being “almost great”. Despite that, Destiny was played by millions for millions of hours so there was obviously a core there that appealed to people.

Enter Destiny 2 and it is clear that the lessons from Destiny 1 were well headed. Immediately the game attempts to make up for the sins of the past by thrusting the player into a deep if somewhat convoluted story. How the story sits with people will be a personal thing (I thought it was an entertaining bit of sci/fi pulp) but the fact is, this time around Bungie has made the story front and center. Every mission advances the narrative in meaningful ways and even the side missions and activities add to the overarching story. Bungie has made it a point to make sure every player knows that this time around the story is important and is much, much more than the just the stale Wikipedia entries of the first game.

Another major issue of the first game was the entire loot system. Not only was it confusing but it felt unrewarding and frustrating. Getting low-level loot, duplicate drops or equipment for another class was the norm. This led to players wondering what the point was to everything, especially during the end game. With Destiny 2 it instantly apparent that this has been rectified. Loot drops often and is almost always of some use to the player, either as an upgrade or to be broken down into parts. Speaking of parts the new system of simply handing in parts and tokens to quest-givers is so much better than the crafting system of old. No more filling up your inventory with marks, parts, ores and crystals, now it is simply a case of dropping them off at the right place and getting some sweet gear as thanks.

The key here though is not what Bungie has changed but how they have managed to make improvements and at the same time keep what worked. Destiny 2, for lack of a better expression, feels like Destiny. The combat and movement are comfortingly familiar and the ebb and flow of the game just as enticing as they were in the first game. Strikes with friends are still the absolute best way to play and the joy of taking down a big boss with a group of friends is still second to none. These are the things that Destiny got right and Bungie has wisely not fiddled with this formula too much.

So in this Destiny 2 feels a little like Destiny 1.5. It is both fresh, yet familiar and there is no doubt that Bungie has set out to meet fans expectations in a way that the original game never did. So far that goal has panned out and while it is possible to say that this is the game the original should have been (and many will) it is also hard to imagine the game could have gotten to this point without the learning experience of the first title. Maybe Bungie needed to fumble first, to take the knocks and to alter their focus. It certainly seems that way to me.