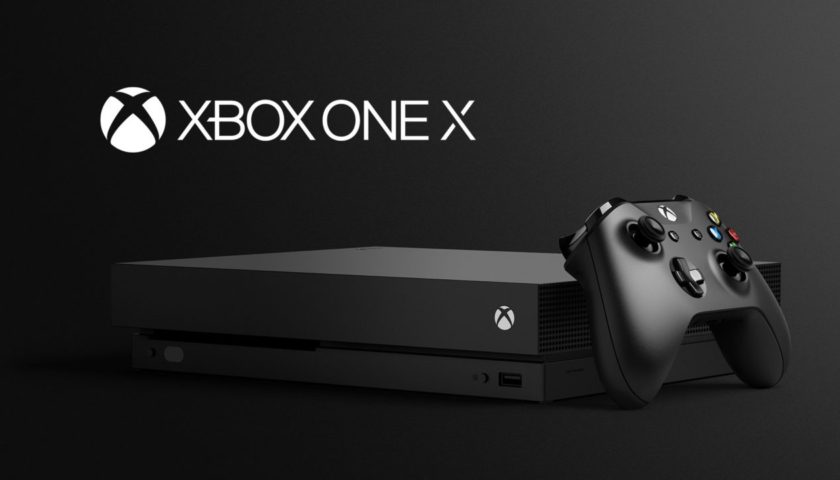 Why I Need Xbox to Succeed

As we all know, Microsoft is journeying into the realm of “MORE POWER” with the release of the Xbox One X in November. We have all heard the PR speak, the most powerful console known to man, can do four bazllion calculations in the time it takes you to scratch your armpit and has more teraflops than a floppy tera. All of this means nothing to most people but the key thing to take out of all that gobbledygook is games look good, strikingly good in fact.

However, despite what appears to be a beast of a machine on the way (and in my mind, it is coming at a fair price point) Microsoft has a problem. That problem is a lack of exclusive titles. That is mitigated somewhat by some strong support from 3rd party titles like Assassin’s Creed and Shadows of War, but there is no escaping the fact that Microsoft is lacking in that area of a big budget launch title for the system. Forza is great, don’t get me wrong, but it isn’t a mass system seller. Similarly, both Super Lucky’s Tale and Cuphead look to be sensational games but they are hardly the titles you would use to show off a graphical powerhouse. It really isn’t until Sea of Thieves and Crackdown 3 arrive in early(ish) 2018 that Microsoft has a title under their own banner that could be considered a system seller.

This lack of titles is honestly not a great situation to be in. I think this has come out due to a range of factors. The cancellation of Scalebound (honestly how bad a shape must that game have been in for MS to cancel it), the delay of the aforementioned Crackdown 3 and some poor decision-making during the initial 12 months of the Xbox One’s lifespan (games, after all, take a long time to develop).  All this has led to Microsoft’s current position, a position where they are trying to sell what appears to be a wonderful system with nothing to support it. Hopefully, Microsoft has some things up their sleeve for next year (something more than Halo) because this could be the beginning of the end for Microsoft’s big (or not so big anymore) black box.

Honestly, this will be a bad thing, not only for Xbox fans but for fans of Nintendo and Sony as well. Successful competition is the key to innovation. A competitor pushing boundaries forces others down the same path. Microsoft is traditionally a software-focused company and it brings a unique philosophy to the marketplace, a philosophy that is very different to the more hardware-focused companies of Nintendo and Sony. This different point of view brings different ideas and while they aren’t always successful they do bring fresh ways of thinking into the games arena. That fresh thinking breeds more new ideas and the cycle of innovation continues.

What we as gamers don’t need, regardless of which console(s) we support is an environment where one company is so dominant that innovation stagnates and the new ideas grind to a halt. It is a natural occurrence when a monopoly exists and something that has happened time and time again over history. Games development has always been at the forefront of technological innovation and to stall or suppress that would be a tragedy that would hurt everyone, especially consumers.

Xbox doesn’t even need to reach the PS4 in sales figures, in fact, I feel as a company they work better when they are the underdog. This status as “chasing the leader” has brought about some great ideas (like Gamepass and backwards compatibility) that probably wouldn’t have come about had MS held the sales lead. No, Xbox just has to be viable, to be making money on a level that has Sony looking over their shoulder just a little. That is what will keep both Sony and Microsoft in this innovation arms race and that will lead to new, fresh and exciting experiences for gamers everywhere.

This is why I need Xbox to succeed. Not because I prefer the Xbox over other consoles (I do, but basically only because of that sweet sweet Elite controller), not because I hate Sony (I don’t) and not because I am invested in Microsoft in any way other than being a consumer (I’m not). I need Xbox to succeed to ensure a healthy, innovative gaming environment continues to exist. A world where companies are pushing each other to improve, to invent and to take risks. This, I feel, is the healthiest spot the video game industry can be moving forward. Competition can be fierce and it can get a little nasty at times, especially from fans, but the alternative is a much darker place for gamers to contemplate.