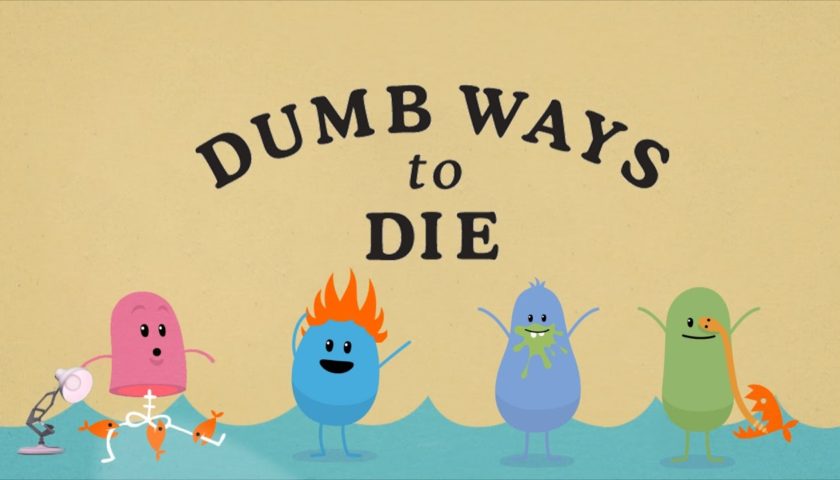 How a Safety Campaign Became a Game – Dumb Ways to Die

In a day and age where catchy jingles and clever advertising have sadly become fewer in number, it was the Victorian-based Metro Trains who took the state, and eventually the world by storm courtesy of the ‘Dumb Ways to Die’ campaign in 2012. Where most campaigns tend to dwindle in their prominence, the Dumb Ways brand grew, branching out into a range of different visual mediums. Dumb Ways has blown up in the gaming space too and in this interview, our own Paul James discusses the past, present and future of the campaign with the CEO of Dumb – Leah Waymark.

Paul James: As Player2 reaches many people across Australia’s states as well as international borders, I must first ask for all of our friends, What is the ‘Dumb Ways to Die’ campaign? How did it originate and what is it about?

Leah Waymark: Five years ago, Melbourne’s Metro Trains launched a simple and unexpected advertising campaign designed to encourage safe behaviour around trains. It consisted of a catchy little tune accompanied by an animated video that blended the cute with the macabre. The campaign was designed to target long term behaviour change around trains and used entertainment and humour to do this. It’s the worlds most shared public safety announcement, racking up 155 million views, 280 million downloads of our games and 111 million pledges to be safe around trains.

As the reach of the campaign has spread, it has resulted in Metro’s recent foray into the gaming space. How did that come about? What was the intention behind bringing the campaign to mobile devices via gaming?

Morphing the brand into the gaming space was quite deliberate and it was about further extending the safety message in an entertaining and tangible way. Adolescents are attached to their devices and delivering the safety message in a fun and engaging way was key. Gaming allowed us to do all these things. It also took the consequence element to the next level and showed the outcome of doing something dumb and risky. Through the games, the dumb but loveable little beans teach us important lessons in a fun and engaging way.

In some of the mini-games, failure can result in being hit by a train (among other somewhat gruesome ways to die). Dependent upon the age of the consumer, this could be a little confronting.  What were some of the discussions held regarding this during development? Was that a contentious point at any stage of the development process?

As we use humour and entertainment to get across a serious message around rail safety and safety around anything, we can stretch the gruesome factor and dial up the gore. It was very deliberate to use non-human like characters we call Beans to slice and dice. This allows us to show the very horrific consequence to some of their decision making but makes it more palatable to watch and even laugh at. Depending on the age of the child sometimes it can be a bit too much and so we created a few years back the Dumb Ways Jr brand which is geared towards 3-7 year old and aims to introduce them to safety themes in a less confronting way without death. The younger kids can learn to be safe around kitchens, train sets or even hospitals and exposes them to the subtle safety messages until they’re old enough to get into the Dumb Ways to Die games.

Dumb Ways to Die has obviously been quite successful, so successful that we’ve seen a sequel released. What impact does the team feel that the game has had upon the campaign itself?

The games have become more popular in their own right and have helped to keep the safety message alive by extending it through another entertainment form. The original game was a spin-off on the song and now our 2 games have seen over 285 million downloads and over 6.2 billion game sessions played. The games have allowed the brand and messaging to still be relevant after 5 years. Games allow us to continually push the messaging around safety and live ops and game updates allow us to put a dumb ways to die spin and safety message on an array of topics, whether it’s a game update around Halloween or Christmas update to be safe around the holiday season. The games have been so effective for us reaching our core audience of adolescents that we’re currently in development of a new DWTD Game 3 due to launch just before Christmas and a VR prototype that brings the safety message to a much more real and tangible level. The games space has allowed us to sustain the brand’s popularity, stay relevant and engage a normally very difficult audience to reach. Ultimately, the suite of games helps us to keep more people safe around trains.

Both current mobile games (in particular the original game) feature monetization systems in them. The app is obviously free to download, but where do the funds go? Continued development? Is Metro taking a cut? Does anything go towards any charities to support victims of accidents involving trains?

Dumb Ways to Die is self-funded with the majority of revenue being reinvested into maintaining and extending the safety message.  Dumb Ways to Die is used as part of the curriculum content by our Community Education Unit who visit local schools educating students on the safe use of the train network. Metro Trains in Melbourne is a founding member of the TrackSafe Foundation and this is where we support more serious awareness and support services and campaigns. We actively participate in rail safety week and rail R U Ok Day and support many initiatives for employees and families affected by rail trauma.

Both games have been received quite well, holding onto some really quite positive user review scores on the various app stores. Does the success of these games mean that we’ll see more in the future?

Yes, there will be more coming soon. We’re exploring a new free to play game and the potential to link webisodes in a more immersed Dumb universe. We’ve also created Dumb VR prototype which we’ve had great feedback on when we showcased it as an interactive experience at Pax Australia 2017.

You’ve spoken of new projects, specifically a Dumb VR project. Could you tell the readers a little bit about it? How will it differ to the mobile games, and what impact does the ‘developed for VR’ factor have upon the development? Has the intended release in VR caused any particular complications?

As gaming expands, we believe AR and VR will increasingly be an important part of the mix.  VR headsets have been expensive so the penetration of the casual gamer market has been relatively slow but with the cost of devices coming down and as smart-phone manufacturers adapt the technology to their devices, VR and AR will be an increasing style of future gaming experience. Team Dumb like to think of ourselves as innovative early adopters so creating a Dumb VR game prototype was a natural progression.  We hope our VR title will allow players to immerse themselves in the Dumb world like never before and bring the core safety message of the brand out in a more tangible way.

At the heart of it Dumb Ways to Die is about the consequences of taking dumb risks so as the safety champions of everything, we apply the Dumb messaging to everything from New Years and Valentines to a range of sports and of course, at the core, safety around trains.  VR allows us to get this message across much more convincingly and allows players to create the play and experience the consequences of their decisions in a much more real and entertaining way. The experience we’ve built so far is a sandbox style experience similar to Job Simulator where players by process of elimination interact with the Bean to try and save them from themselves and keep them safe from the obstacles and environment around them. You can progress through the levels by saving the Bean from his ultimate deadly fate.

The look and feel of the game is a departure from what you would see in the mobile mini-games, for the first time we’ve had to experiment with a 3D look for the Beans and their world.   We had a huge reception for the pilot at PAX, so we hope we can give all Dumb fans an extended VR experience to play at home in 2018.