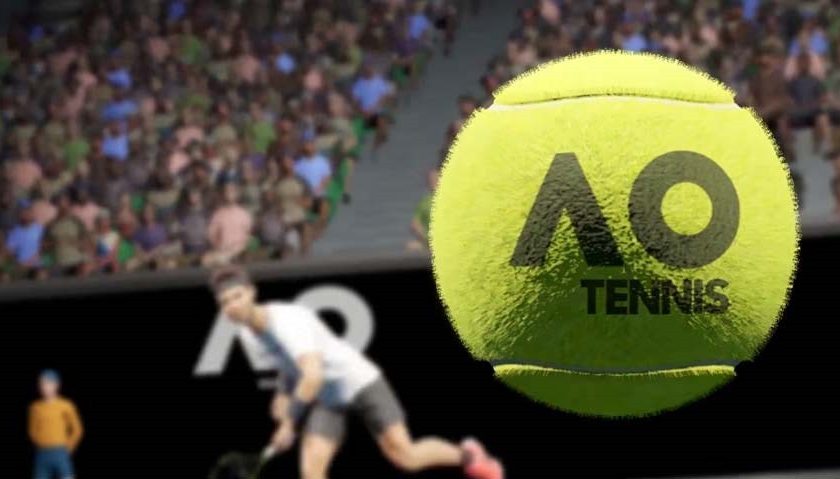 BigAnt Studios have been on a steep climb for several years now, with years of lessons and refinements culminating in the excellent Don Bradman Cricket 17, which they followed up this year with an even better iteration in the form of Ashes Cricket. A little Australian sporting game developer doesn’t get the same allocated budget to its titles that an EA Madden or FIFA game gets, and it means that changes and improvements to systems, engines and presentation take time, but the gap has been narrowing with each passing year – now they’ve branched off into Tennis, but is AO Tennis a Sam Groth ace or a first round knockout?

Tennis sims haven’t had a great presence in recent years, with the Top Spin IP being the last big hitter, but even the fourth entry in that IP released 7 years ago. BigAnt has lobbed AO Tennis into the market though, linking it in with the currently ongoing Australian Open and promises to give tennis fans something to enjoy even when the big lights of the Rod Laver Arena are out, but due to a lack of polish and things to do, AO Tennis fails to hold your interest.

We’ve come to expect a few things from a modern sporting game, Quickplay (check), a standalone Tournament mode (check), Online (check) and a Career mode (check), but where AO Tennis’ serve is broken is in the Career mode and the lack of things to do in it. Having created your player (or assumed the role of a current star), you’re immediately given options as to what tournaments you wish to play in; but between matches or tournaments you don’t have opportunities to train, work with managers, or engage in many of the fun sponsorship or marketing opportunities that many elite sportspeople get to enjoy. These are all things we’ve come to expect from a modern sporting game, so consequently, you don’t get the chance to build any sort of feeling of ownership over what’s happening, rather you’re lead by the hand through match after match without an opportunity to enjoy a change of pace.

Gameplay is what makes or breaks any sporting game, and this is where AO Tennis commits its most unforced errors. In every facet of the playing experience, you can see the skeleton of a solid playing experience but you can also see how rushed BigAnt was to get the game out the door. The button mapping makes sense, but the input recognition is not nearly as responsive as it ought to be, and when coupled with hitboxes that don’t always gel as they should, you’ll get scenarios where you run your player into position, charge the return perfectly and then watch on as the ball slices through the air passed by you. These issues occur frequently enough that when playing at higher difficulty levels and when you’re engaged in a lengthy rally, these faults can lead to quick demoralisation and frustration.

Another issue involves the strength of each shot, and the bugs surrounding them – timing is, of course, an important facet of any sport, and any rendering of that sport, so when AO Tennis repeatedly misfires in this space; often resulting in strokes that rocket from your racket like a torpedo, it becomes hard to ignore or forgive. Compounding the issue is a lack of visual indication as to where the ball is landing, which can (particularly when your opponent lobs the ball) result in you failing to perceive the depth that the ball is tracking at. It’s this lack of polish that makes the seven-year-old Top Spin 4 a more fun, engaging and playable experience than this modern take on the sport.

It’s important to look at any BigAnt developed game through a different lens to other sporting sims around the world, their budget is far smaller, and this means that a recreation of Rafael Nadal simply cannot be as true to his real-world likeness as an NBA 2K game when it renders Lebron James. It’s an apples and oranges comparison to make, between a BigAnt developed game, and adaptations of a given sport developed by those of the big studios, but what BigAnt has achieved, with what it has available is quite impressive. The likenesses of an overwhelming majority of the players are very accurately represented, and while there’s an amusing lack of hair physics (that tend to get exposed by female players with long pony-tails), players have been really well recreated overall. As with their Cricket games, AO gives you an incredible suite of options to customise your custom competitor right down to their most minute features.

On the audio side of things, however, I’m a little less forgiving. If you’ve ever attended a high stakes Tennis game, or even watched one on Television, your pulse seems to synchronise with every other viewer, which in turn is in sync with the players. Every backhand, forehand, lob or slice elicits groans from the crowd, aces prompt rapturous applause and pandemonium ensues when a player pulls off the impossible – but you don’t feel any of it playing AO Tennis. In Tennis it’s expected that a crowd is silent during gameplay, but between points there’s discussion, cheering and more, but you get none of it in AO Tennis, and when you go on to win a championship, the moment isn’t even acknowledged as you move on to the scores and subsequent menus.

I earlier spoke of the skeleton of a solid Tennis game being present here in AO Tennis, but it pains me to say that a skeleton is all there is – AO Tennis smacks of a game that didn’t do a long enough lead into the next grand slam. This underdone entrant suffers from an unreliable playing experience, a very skinny Career mode, and a nigh-on existent auditory component. AO Tennis is a game that with more time to prepare, could have been a serious championship contender but without that opportunity to refine its systems, finds itself being knocked out in the first round.