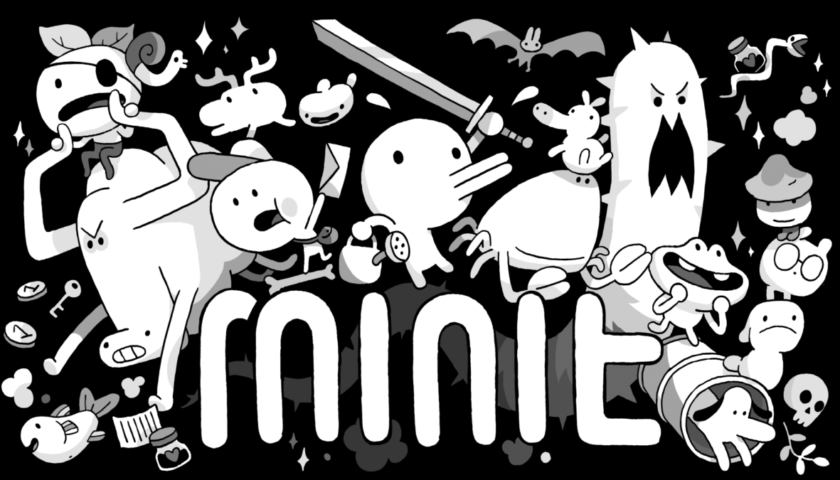 RETRO-inspired games are always popular on the indie scene, not least because they’re easy to make and harken back to an era where games didn’t need supercomputers to run.

One of the other challenges gamers face – especially anyone with a family – is time. Back when we were younger, the idea of having a 300-hour game to play was immensely appealing; now many of us look at an eight-hour-long game and wonder where we’re going to fit it in between work and family.

Indie developers Kitty Calis, Jukio Kallio, Dominik Johann Jan and Willem Nijman, along with publisher Devolver Digital appear to have found a way to combine the time pressures some gamers face with the fondness for everything retro most of us have in the form of Minit, a monochromatic early Commodore 64-esque adventure played in one minute chunks.

Owing to your possession of a cursed sword, you have one minute per “life” with which to undertake quests such as killing crabs, delivering water to a lost traveller and exploring underground dungeons for items, before you die and have to start over at your home again.

Fortunately, all the items you find carry over, so the main thing that sets you back is your location, which can be changed from time to time as you find new homes.

Described as “A peculiar little adventure played sixty seconds at a time [in which players] journey outside the comfort of your home to help unusual folk, uncover countless secrets, and overcome dangerous foes, all in hopes of lifting a rather unfortunate curse that ends each day after just one minute” I got pretty strong Adventure Time vibes from the game’s setting, with its slightly whimsical nature and quirky setting.

The graphics are simplistic and monochromatic, but they work in this case and not everything needs to be graphically on par with the latest 4K graphical extravaganza.

Developer Kitty Carlis has said Mini is a big adventure, compressed into a tiny amount of time, with countless challenges shady secrets and needy characters awaiting no matter which direction the player heads in.

This certainly seems to the case, with a range of dungeons, quirky characters, and interesting places to explore continuing to appear as you explore – among the ones I encountered were a signmaker lost in the desert who turned out to own an island fishing cabin, a cafe owner plagued by sandcrabs, and a monster who had misplaced a number of its tentacles.

There’s a surprising amount of game here and while it’s not especially deep or complex, it is fun and engaging and priced at a wallet-friendly $11.95 so fits nicely into that diverting category of games which are fun to play while waiting for someone to call you back or as a palate cleanser between university assignments and the like.