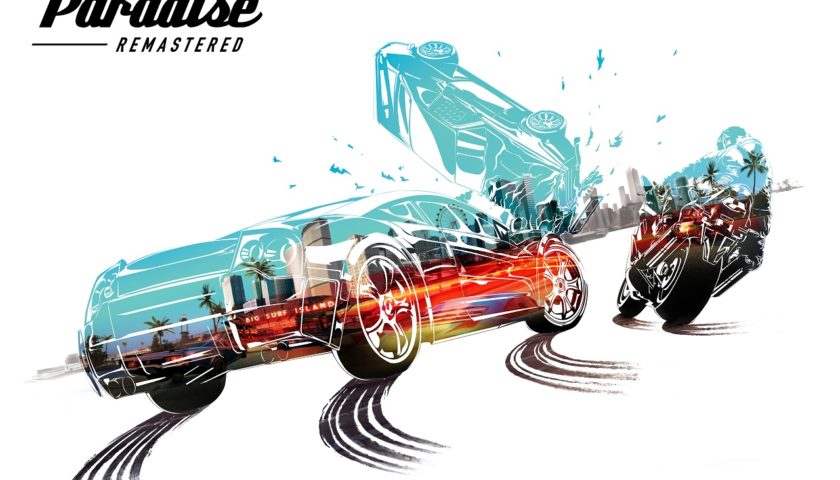 There comes a time in most open-world driving games when the confines of the vehicle become restrictive, when you pull off the road, spent from driving and with a desire to connect with the world on a deeper level. This is usually handled via a button press that deftly switches your control from vehicle to character, where you’re free to interact with the world at a more intimate level. Burnout Paradise is different, you don’t need to get out of the car to connect, because each vehicle feels more like a character than just a mere vessel for fast travel. When you slam through one of 400 shortcut gates, you’re pushing through them with the aggressiveness of a Destiny shoulder charge. When you hit the handbrake and turn on a dime, it feels like Doom’s fast strafing. And when you hit a super jump, well that’s just like a fully-levelled Crackdown leap.

There’s a lot to be said for the smaller world map, too. Obviously, it seemed large at the time of original release, but in the years since we’ve seen explorable space blow out to the point where exploration becomes an almost overwhelming burden. Paradise City feels close, familiar and comfortable, and while you may not come to know every landmark, corner and shortcut, there’s enough familiarity to allow memory to kick in and for your eyes to relax their need to flit down at the mini-map whilst careening at ridiculous speeds through city streets. It also plays smartly with verticality, offering views of billboards that elicit the question: “How do I get up to smash that?” Invariably, there will be some sequence of jumps or a high-rise parking structure to offer an answer.

And while this may not be the best Burnout game (the crashes in this feel quite dull and only serve as a high-score shoot to “own” roads, both online and off), this is one of the best open world racers, perfecting a formula that was to be sadly diluted via further spiritual sequels across a competing brand, none of which managed to capture the magic inside this pent-up bottle. It’s not a perfect, but it’s damn fun.

I’d forgotten how self-serve the game is, too, operating on a license upgrade system that unlocks the next tier once you’ve completed a set number of races. Progression, however, is entirely up to you and not tied to any story missions. Instead, each street corner is given a mission type, denoted by different coloured icons on the mini-map and ranging from takedown challenges to pure races to survival sprints across town with heavy, aggressive vehicles hot on your tail. If one challenge type doesn’t appeal, you can mostly avoid it and focus on the others to fuel your progression. That said, to reach the top licence tier, the number of required missions becomes steep enough that you’ll need to master all types to reign supreme. There’s also a marked increase in the aggression of your AI opponents as you near the end of the ‘campaign’ so that what starts as an arcade adventure requires some serious racing skills (and more than a little luck) to vanquish.

I didn’t really have a favourite activity. Each race or challenge is just a few minutes in length, so there’s always the incentive to shake things up a little and try something different. The only issue I had was during the initial few licence tiers, where and I didn’t feel much difficulty due to the included DLC, which offers you some of the best cars straight up anyway. This dulled the natural progression of the game for me. For example, why would I bother to chase down some crappy car when a fully-kitted beast is just a scrapyard visit away? Or why worry about survival challenges when you can just equip a huge police behemoth from the DLC? But really (and this is the beauty of Burnout Paradise) you don’t have to complete all the races anyway. For many players, the real fun will come from exploring the comfortably-sized world, smashing through gates and billboards, and finding all the cool jumps and shortcuts.

Also included as part of the DLC is an entirely new region, Big Surf Island, which features its own set of red gates and new super jumps. It’s designed almost like a Tony Hawk’s Skateboarding level, with heaps of big jumps, bowls and accessible buildings to explore. The times required to own the roads on this new island offer a deeper challenge than the main game and I found myself enjoying this extra sweet playground a lot. There’s also a new party mode, which lets you pass the controller between up to eight people and offers mini-challenges, such as drifting to a time limit or driving against traffic to achieve the most near-misses. It’s a nice little mode, but I don’t see it being particularly competitive unless everyone involved has played the game for at least a few hours. But hey, alcohol can make anyone an expert!