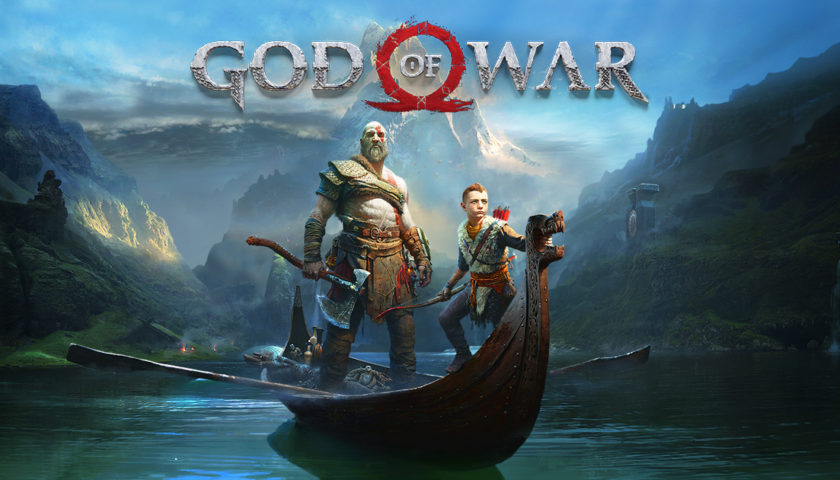 I think it was pretty clear to everyone that when God of War was announced we were in for a different sort of Kratos. The earliest trailers showed a game that was striving to differentiate its self from the brash and bloody nature of the previous God of War titles. Kratos was now a man (God?) who had more emotions than just rage. This was a game that was doing away with the over-the-top flashy combos and replacing them with a simple, yet satisfying combat style. Everything Santa Monica was presenting to the public was reinforcing the feeling that this iteration would be completely different from everything that came before it.

“But a what cost?” I wondered. Despite the original trilogy of God of War games (I am not counting the rest) being excellent titles, they were products of their time and things have moved on since then. That being said, the God of War games had a unique identity that set them apart from all the imitators that followed. That identity defined what it was to be a God of War game and not just some attempt to cash in on Kratos’ glory. But would the change of direction in the newest game lead to the loss of that identity? Would God of War on PS4 feel like a brand new game that has just had “God of War” slapped on the box? Could this new game honour the franchise’s history?

Well, after about 12 hours into the game I can honestly say the thing that impresses me the most about God of War is not the new style or focus but how the team at Santa Monica have managed to almost completely re-invent the franchise yet still make a game that feels like a God of War title. From the moment the game started, I had no doubt that this was a true God of War entry and not just because I was playing as an angry dude with a red tattoo.

What gives me that feeling? Well, it is a couple of things. Everyone knows that the original titles were a tale of someone seeking revenge on the Greek gods of Olympus. That simple story went into a surprising amount of depth regarding Greek Mythology. Sure they change it in places to suit the narrative, but in all, it was a well-researched adventure into this ancient lore. That same dedication to ancient myth and legend immediately shows up in Krato’s current adventure, with Santa Monica Studios weaving the Gods, creatures and demons of Norse Mythology into the story of Kratos and his son. This seamless mixing of ancient myth and action gaming is really what set the God of War franchise apart from its competitors and I am glad to say that has carried through in the new game.

The second reason I feel that the God of War lineage is strong in the current entry is a component of the gameplay. I think one element of the classic games in the series that often gets forgotten is the inventive and satisfying puzzling that can be found. When people look back they remember the eye gouging, curb stomping combat and Kratos yelling at people a lot. I know I did. But when I started playing this current version it all came rushing back because puzzles, once again, are one of the strongest elements of the game. The development team at Santa Monica must have a wonderful group of puzzle designers that are able to look at things in a different way to most humans. Every puzzle I have come across, though not too taxing on the brain matter, required me to look at the game in a slightly different way to solve. This perspective shift is something that has been with God of War since the start and it almost always leads to a satisfying “AHA!” moment when the solution has been worked out. Having this same feeling in the PS4 release really helps to make the game feel like it is a part of its heritage and not just something new.

The final element that strikes me as a continuing thread between the old and the new is the sense of scale and grandeur. The God of War games have always used a sense of size, along with various camera pans and tricks to give the player a feeling of awe and, at times, insignificance. This theme is continued almost immediately in the newest entry, with one particular moment, very early on, highlighting the immensity of Kratos’ task. Kratos and his Son are heading towards a particular mountain for reasons I won’t spoil, but in one perfect moment the camera pans and zooms out in a way that perfectly highlights just how much of a challenge Kratos has ahead of him. This sort of technique has been used throughout the franchise for this exact purpose and its presence in the newest title really helps to tie it to the games that have been and gone.

With my first 12 hours of gameplay, I have played something that is, for lack of a better word,  special. The new elements, more personal focus and up close combat are all wonderful. I simply cannot wait to play more and find out what happens. But it is a great relief that for fans of the franchise, this game never forgets where it came from and while it does away with the dated gameplay elements, it carries its heritage with pride. Santa Monica have created a brand new game that beautifully pays tribute to its past and that is what has truly impressed me.