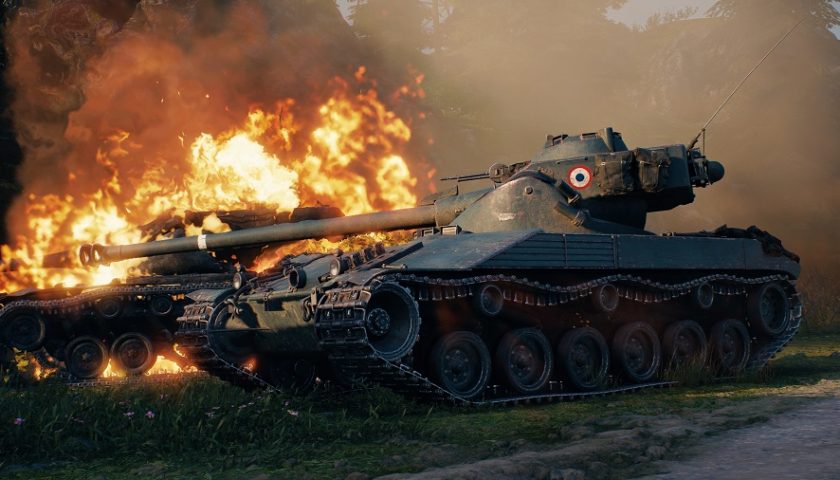 WORLD of Tanks is a hugely popular free-to-play game that’s been trundling around since 2010 and has attracted millions of players from all over the world, from Russia to Japan to Australia.

The premise is pretty straightforward – climb into one of hundreds of historical tanks from countries including the UK, Germany, Russia, China, France, Poland and Japan and do battle with other tank crews on a variety of maps which include settings such as country villages, alpine lakes and desert oases.

The game has been running on pretty much the same engine since its release, but as of last week has been given a massive overhaul with the switch to the Core engine and an overall update that Wargaming are referring to as World of Tanks 1.0.

Wargaming’s regional publishing director Alex de Giorgio said the World of Tanks 1.0 update was about giving the game a good technical platform to build on for the next decade so.

“It’s a really great opportunity for us to not only bring ourselves into the modern era, but really take us to the next level and put us in a good position for the future of the title for the next 10, 15 years moving forward,” he said.

The big question for gamers is how the new update differs from previous versions.

The most obvious way is the graphics, which are now 4K compatible, but a number of other changes have been made including adding dynamic water effects, visual effects, and optimisation tweaks. A full list of the changes is available here:

One of the features I particularly like in the new engine is the aiming reticule now glows green or red, telling you the likelihood of penetrating the other tank’s armour – in essence letting you know if you’ll be wasting your ammunition or not.

All the maps have been given a work-over and a redesign too, addressing issues found in some such as too much open space without cover, which helps.

The soundtrack has been re-done, giving each map a distinct sound – it definitely helps add to the immersiveness, as does the improved sound effects. In fact, the official soundtrack is being published by Sony Music Entertainment and Wargaming are making it available free for listening and downloading on the major music platforms.

The onboarding process has been increasingly streamlined for new players as well, with an enhanced boot camp helping explain the game’s mechanics and tank operations, which is helpful because there’s quite a lot to take into account and some of the concepts like spotting and camouflage aren’t as intuitive as they could be – I’ve certainly had my share of tanks suddenly explode for no reason when it turns out they were picked off by an enemy I hadn’t spotted yet.

Generally, the actual gameplay hasn’t changed much – which means veteran tankers won’t need to do much readjusting, but overall I’ve found it to be a much better more immersive – and better looking – experience.

The game’s mechanics – including the grinding and microtransactions – remain in place, but World of Tanks does have the advantage of being legitimately free to play; it is entirely possible to fit out and level up your tanks without spending any actual money.

Indeed, Wargaming CEO Viktor Kislyi has said it is important to cater to both free and premium players alike and make sure everyone finds something in the game they enjoy.

“Our mantra – and this is working – is simple: Happy players,” he said.

“We are free to play, (but) even if we wanted to be an evil capitalistic corporation, that mantra would work.

“Why? Because you have to have millions and millions of loyal players, which means they find something and interesting that makes them happy every day, or every other day, or a couple of times per week.”

Mr Kislyi said players were absolutely able to play – and win – the game completely for free, but that it was important for people with disposable income to have the opportunity to make their in-game life “a little easier or fancier with micropayments”.

“That’s why if you have those types of players, then statistically we have a percentage of (players) who are monetised in a very soft way, that’s how we make money,” he said.

Compatibility with low-end computers remains a priority for the World of Tanks developers and something the 1.0 design team spent a lot of time perfecting to ensure the game was accessible to as wide a range of gamers as possible.

“Most of our players, believe it or not, have never been computer gamers until recently, maybe they played in their youth years. But they are fathers, firefighters and husbands and teachers who use computers for spreadsheets and emails and their taxes,” Mr Kislyi said.

Mr de Giorgio said the team were mindful World of Tanks was an eight-year-old game and some players were still using the same machine they started playing with in 2010.

“Not everyone can afford to upgrade their machine to the latest, newest, most powerful PC,” he said.

“Building this fancy new engine, all the latest high tech graphics and then asking our players to spend thousands of dollars to upgrade their machines in order to play just wasn’t going to work. So optimisation was absolutely the focus, and I think what took probably the longest.

“We were fortunate that we were able to collaborate with (computer processor manufacturer) Intel on this, and Intel helped us a lot in terms of testing and ensuring that we could really build an engine that could work on existing machines.

“The machine you’ve been playing on today, you can still play the game at a higher level of quality and performance than you could before. That was our goal and we’re really happy to say we’ve achieved it.”

Unrelated to the 1.0 launch, World of Tanks added a 24/7 server in Sydney late last year; currently there are about 1800-2000 players on it at peak times enjoying a ping in the 30-40ms range, as opposed to the 140ish ping the Singapore server offers.

Existing World of Tanks players will find the new enhancements add to their experience of the game, while newcomers will find World of Tanks 1.0 offers an excellent chance to sign up and climb into a virtual armoured fighting machine and test their mettle (and metal) against history’s greatest tanks.