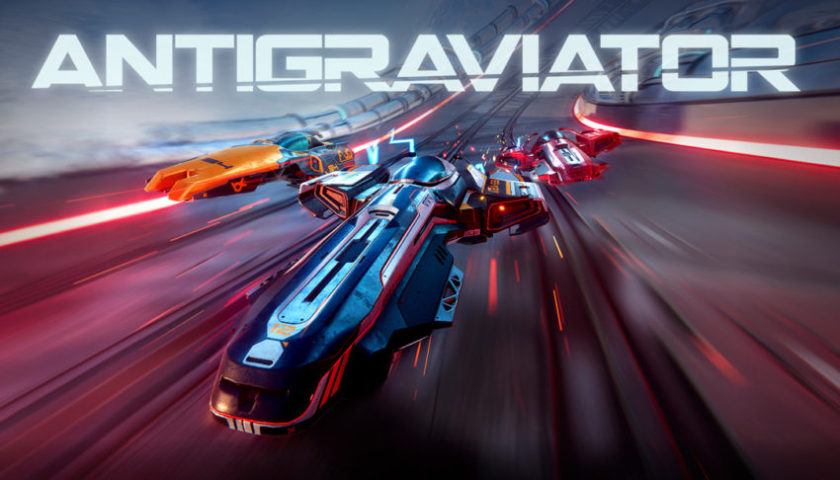 If you love your racers fast, intense and futuristic then unless we’re talking about titles like Wipeout or F-Zero then you’re not exactly left with a lot to choose from. Enter Antigraviator, a game that thrusts you into the year 2210, where advancements in ‘science and engineering’ has given birth to the Antigraviator Tournament and where you, the player, puts your racing skills against the vest the universe has to offer.

This is usually where we jump into the backstory and flesh out the motivations of your character and what stakes are. Sadly, there’s none of that, it’s a racing tournament, pure and simple, either come first and win points or you don’t. Whilst one could commend the developers for not bothering with some atrocious story worthy of the new Zack Snyder film, the game isn’t exactly offering much else besides its base gameplay.

The game itself is quite difficult to play and one that becomes easier the more you attune yourself to your vehicles handling and track familiarity. But therein lies a major issue with how the campaign is laid out, each new set of levels noticeably increases in difficulty and presents a big challenge. You earn money when you win a circuit but some of that money needs to be spent on simply entering the next circuit … every time you wish to give it a go. There’s not a lot of fun to be had being forced to go back to a previous circuit, which can become quite easy, simply because you need more cash to attempt the next level.

Now for some good news, the game looks, runs and plays really well. It’s nice that the game rewards precision driving instead of a typical arcade racer where you’re simply holding down on the accelerator. Judging corners, timing your air brakes and performing barrel rolls to knock your opponents into the side of the tracks are all dynamically woven into the gameplay significantly rewards the player. Visually, everything in this game looks beautiful and thankfully there weren’t any noticeable frame issues as things started getting busy on screen.

As the tutorial explains well, you can get speed boosts which are performed by either running over a speed boost panel on the track or at the cost of the meter which you can build by collecting orbs around the track. Another way to disrupt your opponents is by utilising traps such as rock slides, laser attacks and hover mines. These are activated by reaching specific areas of the track and automatically allow you to activate or leave. The only downfall of this is that you never feel truly in control of these and can often backfire as you can fall victim to your own traps, the only way around this is becoming familiar with the tracks themselves and knowing what to expect instead of simply reacting to what’s been given. There was a horrible bug in the version we had where at random points the game decided we were minus one lap, which essentially sent us from 1st place to 8th. Hopefully, this bug is fixed upon release but this was a death note in terms of your circuit progression and was incredibly frustrating.

Money you earn not only unlocks other circuits but can also upgrade or modify your racer. Not every modification is a given advantage though and often you’ll notice that by boosting one area, another one is slightly affected as well. There is a noticeable reliance that the developers wanted the player to get better at racing as opposed to grinding the same easy level to buy the best upgrades so you can coast your way through the entire game.

There’s not a lot more you can say about this game. Conceptually it’s a rather simple game with a strong reliance on the gameplay dynamics and not a whole lot of fluff. There are multiplayer options both online and offline, sadly there were no online matches found during its early release phase. It really comes down to what you want out of a game, if futuristic highspeed racing is your thing and you’ve played Wipeout to death, then you could do a lot worse than pick this title up for a fun romp. There’s limited content on offer but what it does offer it does fairly well.