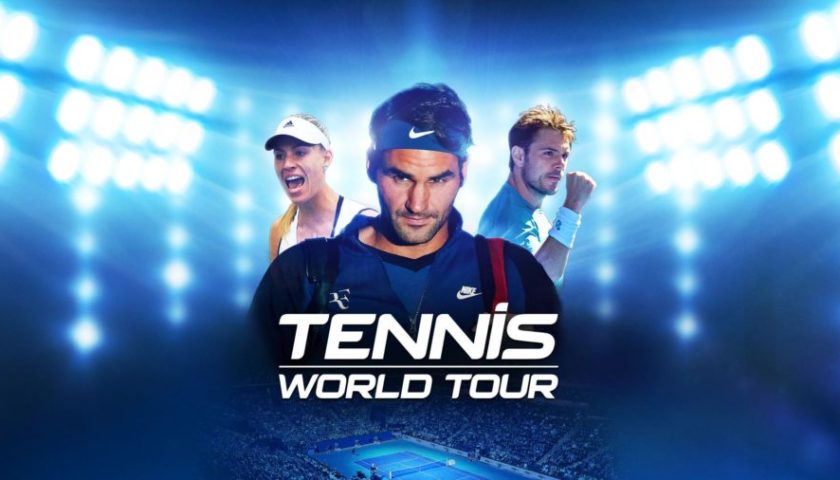 Man, it has been a long time between drinks for tennis fans. The last decent title, Top Spin 4, came out in 2011 and since then there hasn’t really been anything at all. Sure there were a few arcade titles, Virtua Tennis and Mario Tennis come to mind, but there was nothing of a more serious nature that tennis fans could sink their teeth into.  That is until this year when seemingly tennis games became popular to develop again. Sadly though, it hasn’t been a glorious return, in fact, it has been quite the embarrassment. First, we got the horribly broken and just not very good AO Tennis, which disappointed everyone and now we have Tennis World Tour and to be honest it isn’t much better.

My initial impressions of the game were poor, to say the least. I am playing the PC version and to say it is a bad port would be underselling it. The graphics options consist of resolution selection and a low/medium/high choice for detail. That’s it. Any time I see a graphics options screen that looks like that, alarm bells immediately ring in my head and in this case for good reason.  The game runs terribly on anything but a super high-end PC and let me tell you this is no graphical powerhouse. It was unplayable on my gaming laptop (that manages both Forza Horizon 3 and Gears of War 4 on high settings with no issues) on anything but the lowest setting. Stuttering gameplay and button presses not registering occurred even when I had it on low. Things improved on my gaming pc (i7, 1080, 32gb ram) but really that doesn’t excuse things. This is an ugly-ass game even on high settings so it should be able to run on just about any computer from the last five years. Sadly that is just not the case.

The issues continue once the game is up and running. There are some truly baffling instances of ball physics going on here, with the ball travelling straight and then turning, mid-air, at almost a right angle, on numerous occasions. This is the most extreme of the ball flight problems but there are lots of smaller, if no less annoying issues that sees the ball shoot off in the wrong direction, getting called out even though, thanks to the mark the game displays, it was clearly in or just dropping dead on the court for no apparent reason. You would think that ball physics would have been the number one priority for the developers considering it is kind of essential to a good tennis game, but clearly that wasn’t the case.

Then we get to the presentation issues. For starters, there is no character creator. I mean what sports game from the last 20 years hasn’t included a character creator? No in Tennis World Tour you have six preset men and six preset women players. The only customisation to be had is what clothes they are wearing. Then there is the commentary, which is not only dull but quite often wrong. The commentary is provided by tennis great John McEnroe but let me tell you, a community radio reading out the Dubbo obituary would be more exciting than John’s work here. Not only that but the number of times multiple grand slam winner McEnroe complimented me on my amazing backhand, when it was clearly a forehand, was embarrassing. I actually think the commentary was incorrect in describing the play more than it was correct. Another first for sports games really.

What makes all of this worse is the fact that when it gets it right, when the ball works, when it doesn’t stutter and when John shuts the hell up, there is a decent game of tennis underneath all the crap. This is a game that was very clearly rushed out the door and built with a development budget that looks like it was spent entirely on securing the names of professional tennis players, but there are glimmers of what could have been. Those rare occasions when everything came together were a blast and I found myself smiling. But that smile was taken away every single time by downright broken physics and dodgy presentation.

There is no escaping the fact that this is a poorly made game that is at least four patches away from even being considered as a budget purchase. However, just to add insult to injury, it is currently being sold as a full priced, AAA title. I warn you, no implore you, do not buy this game. Publishers don’t deserve to make a cent on a game that has clearly been rushed out to exploit a hole in the market, with no thought to actually making a good, working game. Sorry Tennis fans, the wait for a good game continues.